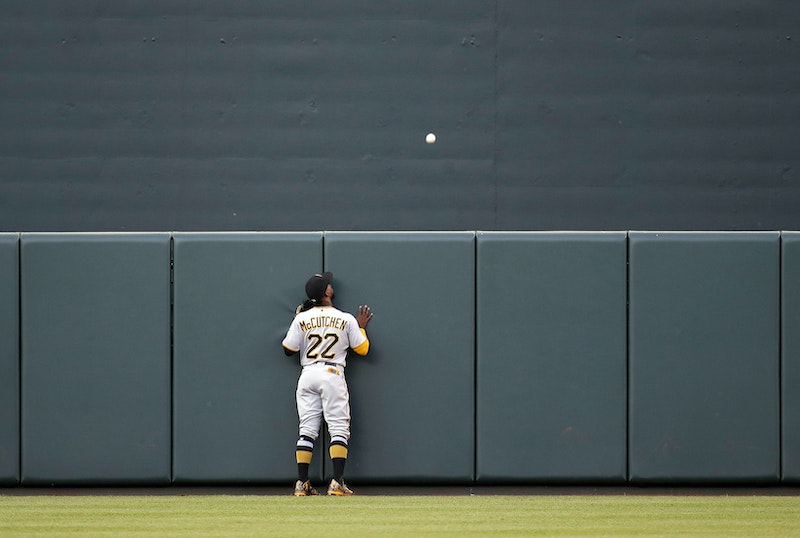 It’s usually wise to wait until after Flag Day to fill out your MLB All-Star ballot. The online thrill has replaced the paper ballots with hanging chads and oversized Gillette logos all over them. I have a vast collection of paper All-Star ballots through the years and for some reason still have a great affinity for the Mid-Summer Classic. Last year, a trip to England to visit family cut the All-Star umbilical as I floated in a nether world of zero coverage of the game.

This year I am making the same trip but will return to the States in time to watch the steambath game played a little later in July this year in Miami. Flag Day can also be used to assess where all the laundry is in each division, and closer inspection of the standings revealed a trending horror show of teams meddling in or around .500 and still being involved in their respective pennant races. No one, except for the Houston Astros, seems to be “running away with it” this season.

Admittedly, I’ve been somewhat distracted by obsessively following a local NPSL soccer side (see Kingston Stockade FC) so the Pirates have yet to drive me completely crazy with their Slingblade-style season which started with a chair-dragging-across-the-floor sound that was Starling Marte’s 80-game PED suspension. The NL Central casting sees the Pirates as Billy Bob Thornton, the Cubs are Dwight Yoakam, the kid is the Brewers, the Cardinals are the John Ritter character and the Reds are fellow-asylum resident J.T. Walsh.

Andrew McCutchen, already victimized by off-season social media banter, has raised his numbers slightly and is simply elevated to trade-bait once again and will be repairing lawnmower engines somewhere for some West Coast franchise before the end of the season. Gregory Polanco has been the bad jam band playing in the front yard at the corner of Frustration Dr. and Inconsistent Ave., while maintaining an ongoing role as the too-tall outfielder. More often than not, Polanco’s routes turn him into baby giraffe roadkill on the warning track. Georgia-born whiz kid Adam Frazier is no longer amusing with showing off his on-base percentage frog collection as the league seems to have the tape on him and he’s cooled off at the plate on a regular basis. Tony Watson has been the non-closer who owns the lawnmower shop and has also been figured out by NL batters who are weary of his after-market John Deere pitch arsenal. Obligatory appearances by overpaid Daniel Hudson as kind of an odd-man-out set-up guy have been disastrous. The shopworn Antonio Bastardo was kind of “disappeared” awhile back on one of the DLs in the style of a Stalinist work camp. Felipe Rivero and Ivan Nova have been mound successes for the Buccos so far, who spent this week in Milwaukee for a four-gamer that could easily land them in second place with a sweep. Subscribing to this season’s theme, the Bucs split the four-gamer in Wisconsin, doing their part to maintain the divisional quagmire. So, it was on to St. Louis for another destiny-controlling weekend series against the equally bipolar Cardinals.

For those of us who begin our scoreboard watching in April, this type of logjam in the NL Central can be mind-numbing and anger-inducing at the same time. They should add a “missed opportunity” column to the standings or invent some type of treadmill metric on ground gained and ground lost within a given subset of games/series/road trips, etc.

It appears Marte is due back from his suspension on July 18, in the middle of yet another four-game series against the Brewers in Pittsburgh. These four-gamers are starting to feel like golf tournaments without the hospitality tents or the sharp-toothed fans instantaneously calling in rules violations from their La-Z-Boys in Sarasota.

On the plus side for Pittsburgh fans spoiled by Stanley Cup glare is the maturation of Josh Bell with his dangerous swing from both sides of the plate. His defense at first has improved, and he’s crushed many a baseball at just the right time. Josh Harrison has also upped his intensity on the basepaths, often the result of his bad-ball hitting and top gear style of play. It doesn’t look likely that Jung-Ho Kang will get a work visa out of South Korea after his off-season DUI trouble, so David Freese will either be traded to Boston or continue to struggle as the games pile up on his Draft Kings profile. He is so streaky because often he might be off polishing his World Series MVP trophies he earned with the hated Cardinals. Pirates fans can’t really complain that the team hasn’t been fun to watch so far—there have been amazing mini-stretches. But it would be so much better with a full-time Marte service (despite his penchant for forgetting how many outs there are while baserunning or playing left field) and Kang in the house absconding with American fame thanks to his flashes of power. If only South Korea had the same .08 blood alcohol limit as the U.S., instead of their own .05 rules.

During Marte’s suspension, the Dominican outfielder was working out at Pirates facilities in Bradenton, Fla., but also launched his own clothing line and spent time with his family, which includes a new toddler daughter. He will start “rehab” work in the minor league system two weeks prior to his return, team officials have said.

With July looming, a Pirates fan can’t complain too much. We’ve had to endure Francisco Cervelli’s concussion woes which don’t bode well for his long term catching duties. Pirates bench guy John Jaso, the ex-Tampa Bay catcher who isn’t allowed to don the tools of ignorance anymore thanks to too many head knocks, can perhaps advise the dramatic Cervelli on how to deal with post-catching life with a rattled brain. Jaso grew dreads, perhaps to pad his skull from further impacts?

In any case, the Cubs are clearly not last year’s Cubs so this division remains up for grabs. Who will be Tommy Lee Jones in the 1985 TV movie This Park Is Mine and take control of NL Central Park? Tangerine Dream did the soundtrack and there were stretches of unbelievable scenes much like this season’s real life accomplishments.