Closers are on the DL? What else is new? 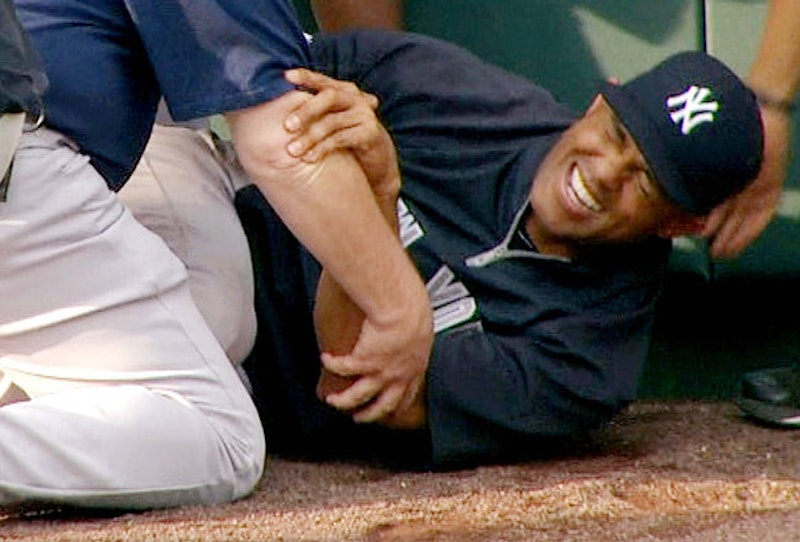 You tell me that MLB closers, who are just relief pitchers with fancy titles, are filling up countless DL slots this year, and you expect me to be surprised? Seriously? After all, who’s ever heard of a truly durable late inning man?

Relievers in general are volatile. You can’t count on their performance, you can’t count on their injury history, and you certainly can’t count on their facial hair (Brian Wilson and John Axford aren’t the only ones who look like circus folk). Relying on a reliever is like trusting a fat kid to watch your lunch. It’s just not going to work out. There are a few exceptions, like Mariano Rivera or Trevor Hoffman, but in those cases they probably should’ve been converted into a starter at some point in their career.

Speaking of Rivera: he’s on the DL! But I thought he was one of the good ones? He is, and his injury, a freak one at that, wasn’t caused by pitching, so he really doesn’t fit with the rest of MLB’s ailing closers. Those guys have chronic problems that pop up through the course of a career a couple of times. Joakim Soria and Wilson recently underwent their second Tommy John surgeries. Ryan Madson is now on the mend from TJ, which is not his first operation by a long shot.

They’re relief pitchers for a reason. Either the team saw fundamental/mechanical issues in the minors, or injuries held their development back, pushing them to the bullpen. Boston’s Andrew Bailey would be more than competent in the rotation, but he simply wouldn’t be able to handle the workload. Detroit’s Jose Valverde is the opposite; he’s been durable, but would get shelled as a starter.

The fact that so many closers are injured right now is a coincidence, but it does bring up the question: is the bullpen system flawed? Are relievers more prone to injury because of inferiority or the manner in which they’re handled? Throwing three, or more, times a week, with all you’ve got on every pitch, is an immense strain on the body. Is the structure of the modern bullpen unintentionally designed to hurt its inhabitants? It’s hard to tell. I have no answer.

The theory should be taken seriously, though. It might make more sense to carry three long-men instead of six or seven one-inning guys. The trouble is finding even decent long-men, let alone stars.

Either way, major league teams consistently have trouble forming strong bullpens because of injury and ineffectiveness. Hardly any club consistently has a successful relief corps, which speaks to their intrinsic volatility.