Baltimore’s Pitching Rotation Is a Problem 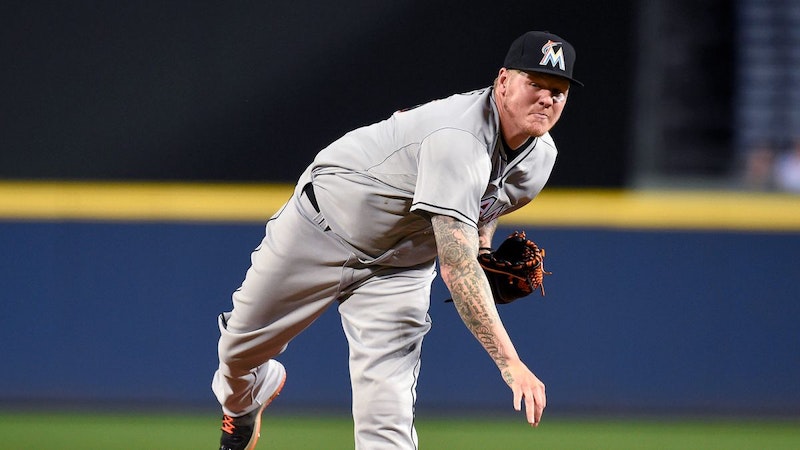 When news of Doug Fister signing a one-year deal with the Houston Astros elicits groans from Orioles fans, GM Dan Duquette knows he has pitching woes. That says more about the team’s starting rotation than Fister’s prowess. The veteran right-hander offered a low-risk/moderate-upside option for a team with a great need, and little desire to pay, for starting pitching.

The departure of Wei-Yin Chen leaves the Orioles with four starters for five rotation spots as Spring Training approaches. Chen cashed in with a five-year $90 million deal with the Marlins after four productive seasons in Baltimore. Chen earned the payday but the Orioles never contemplated retaining his services.

The loss of Chen leaves Baltimore with a rotation of Chris Tillman and Miguel Gonzalez, coming off disappointing seasons, alongside Kevin Gausman and Ubaldo Jimenez. Rookie Tyler Wilson and waiver claim Vance Worley are currently the top contenders for the role of fifth starter. Neither of them is an ideal option. There’s also no guarantee that Gonzalez will regain his pre-2015 form or that Gausman will reach his potential this season. The O’s rotation is thin.

Baltimore’s been linked to free agent starter Yovanni Gallardo for months. The 29-year-old just completed his first season in the American League as a member of the Texas Rangers. Gallardo won 13 games for the 2015 Rangers with a 3.42 ERA but posted a career high in hits allowed per nine innings and a career low in strikeouts per nine innings. It marked the seventh consecutive season that Gallardo saw his strikeout rate decrease. Any deal for Gallardo would cost the Orioles the 14th overall pick in the June draft. Duquette has aggressively dealt from his collection of young arms in a series of in-season deals over the past four years, and his dealing has pulled the Orioles out of their perennial cellar dweller status but left the farm system depleted. Gallardo is a long shot to join the O’s at this point.

The Orioles could contact the Padres about Andrew Cashner, a right-hander who’s eligible for free agency following the 2016 season. The Padres are apparently in rebuild mode after last winter’s flurry of trades, but the direction of the ultimate San Diego front office is anyone’s guess. Cashner regressed in 2015 following superb seasons in 2013 and 2014. San Diego’s sub-par defense likely played a huge role. The Padres could look to move Cashner now rather than settling for draft pick compensation. Also, Cashner would be a career National League hurler thrown into the cauldron of the AL East.

If Gallardo and Cashner are too rich, in dollars and prospects, the Orioles could turn to Mat Latos. The right-hander has bounced around and battled injuries over the past two seasons but at 28 he may have more upside than other options. Latos pitched so poorly for the Dodgers following a mid-season trade that the team released him in September. He landed with the Angels and pitched in relief on a handful of occasions before declaring for free agency. Latos will likely settle for a one-year deal in hopes of enhancing his value. Latos offers the Orioles the type of low-risk/moderate-reward opportunity that Duquette and Buck Showalter ought to jump at.