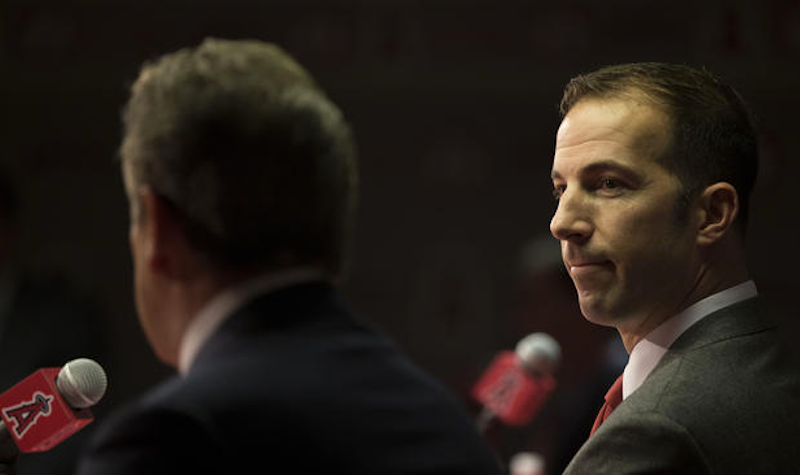 The Los Angeles Angels won 98 games in 2014 and ran away with the AL West, outpacing the Oakland A’s by 10 games. They followed that performance with a disappointing 2015 season that saw the team ship troubled slugger Josh Hamilton off to the rival Texas Rangers. Last year’s Angels scored 112 runs fewer than 2014. The team entered this offseason with a new Mike Scioscia-approved General Manager and gaping holes at catcher, third base, left field and second base.

A quick glance at some offseason previews displays that fans and media alike had high hopes for the winter. The Angels were linked to outfielders Yoenis Cespedes, Jason Heyward and Justin Upton as well as infielders Daniel Murphy and Howie Kendrick. The Angels developed a reputation as big bidders in free agency under previous GM Jerry DiPoto. The new front office, led by Billy Eppler, hasn’t been nearly as aggressive.

The Angels started the offseason with a surprise move for Atlanta’s gifted shortstop Andrelton Simmons. Eppler dealt away young pitching to shore up his middle infield defense but the team had the entire winter to improve the pitching staff. Eppler followed by signing veteran backstop Geovany Soto. The 33-year-old Soto hit .219 with 9 home runs in 78 games for the White Sox last season.

With David Freese, Matt Joyce, David DeJesus, Shane Victorino and David Murphy all free agents, the Angels had holes to fill. Eppler signed former Red Sox outfielder Daniel Nava and former Rangers’ center fielder Craig Gentry to patrol left field. Nava was a nice surprise for the 2013 Red Sox but he quickly, and predictably, came back to earth. Nava posted a .560 OPS in 60 games for the Red Sox and Rays last season. After a few productive seasons in Texas, Gentry dropped following a trade to Oakland. He followed up a lackluster 2014 campaign by batting .120 in 26 games in 2015. The proposed Nava/Gentry platoon may actually have fans longing for the days of Murphy and Victorino.

The Angels traded a pair of young hurlers to the Nationals for Yunel Escobar. The versatile infielder is expected to replace Freese at third base, though he could also push the underwhelming Johnny Giavotella off second base. Giavotella’s combination of below average offense and shaky defense makes him a questionable keystone partner for the All-World Simmons. Escobar posted an impressive .790 OPS for Washington last season. It marked his best offensive output since 2011. The 33-year-old veteran will be hard pressed to duplicate that production in 2016.

Angels fans no doubt held out hope for an Upton or Cespedes signing until last week when those two players inked deals with new teams. The Angels will be paying Josh Hamilton to play left field for the Rangers next season while hoping that the Nava/Gentry platoon isn’t a season-long embarrassment. They’ve had an active, though fairly unproductive offseason. Mike Trout will need to be a one-man gang to lift this squad into contention.