Baltimore’s willing to spend, but on whom? 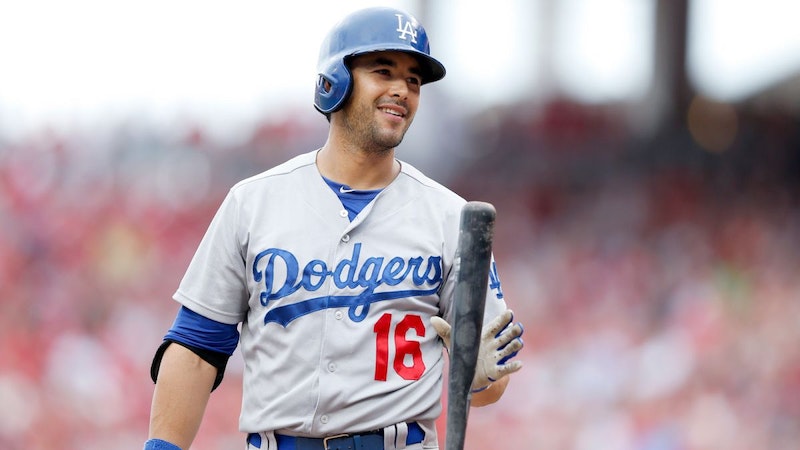 When the Baltimore Orioles re-signed free agent Chris Davis to a seven-year deal last week the news brought joy to fans and left-handed power to the lineup. The Davis reunion ended months of speculation and put the team back on track to have an impactful offseason. After last winter’s slumber the Baltimore front office has been surprisingly active. The new contracts for Davis and Darren O’Day, coupled with the Mark Trumbo trade and Matt Wieters’ return has plugged some major holes on the O’s roster.

Prior to the Davis signing the Orioles were linked to free agent outfielder Yoenis Cespedes. The Cespedes talk sounded like a typical negotiating ploy geared towards lighting a fire under Davis and Scott Boras. When Davis agreed to terms with the Orioles the Cespedes talk died down. Earlier this week, after Cespedes had already re-signed with the Mets, national baseball writer Jon Heyman reported that the Orioles were in on Cespedes until the end, even offering a five-year contract after signing Davis. The report came as a bit of a shock, and potentially good news regarding Baltimore’s budget for the 2016 season. If Dan Duquette and company were willing to offer five years to Cespedes perhaps there’s still hope of the team improving the outfield and rotation before Opening Day.

Any hope engendered by Heyman’s report could be quickly dashed with a glance at the list of remaining free agents. Dexter Fowler is an intriguing option; he’d provide an upgrade at the top of the lineup and in right field, but a deal for the free agent outfielder would cost the O’s the 14th pick in the June draft. Duquette has repeatedly talked about the importance of that pick in his efforts to re-stock the O’s farm system.

After Fowler the list of available free agent outfielders is slim. David Murphy could provide a nice left-handed platoon option to Nolan Reimold in right field, but his age (34) and declining defense makes him an unlikely fit. Will Venable, formerly of the Padres and Rangers, is a better defender than Murphy but his offensive output has steadily declined over the past three seasons. Venable does have a career .745 OPS against right-handers, making him a potential platoon option. Austin Jackson’s promising career has fizzled after he posted a career year in 2012. The soon-to-be 29-year-old has been a below average offensive player for two of the past three seasons. Jackson’s game is speed and defense, which could be attractive to the O’s but his .311 on base percentage runs counter to the team’s stated offseason priority.

With no sure things left in free agency the Orioles could return to the oft-rumored interest in Andre Ethier. After posting a disappointing 2014 season for the Dodgers, Ethier bounced back last season. The 33-year-old posted a career high OPS+ of 136 in 142 games in 2015. Ethier’s long been the subject of trade rumors as the Dodgers attempt to free up some playing time and payroll from their overcrowded and overpaid outfield. Ethier is owed $35.5 million for the next two seasons and he has a vesting option for 2018 worth $17.5 million. Given their reported interest in Cespedes the Orioles should be able to afford Ethier but they’d no doubt want the Dodgers to eat some of that remaining salary.

The Dodgers lost Zack Greinke to the Diamondbacks and replaced him with a collection of question marks like Scott Kazmir and Kenta Maeda. The team’s done nothing to improve an offense that relied on Justin Turner to hit in the middle of the order during the postseason. The Dodgers may simply decide that they need Ethier’s output more than they need the flexibility of shedding his salary. If the Orioles can’t swing a deal for Ethier they may need to call the Braves about re-acquiring Nick Markakis or simply roll the dice with the shaky combo of Reimold, Dariel Alvarez and Joey Rickard in right field.