Angels and Dodgers in Deep Trouble 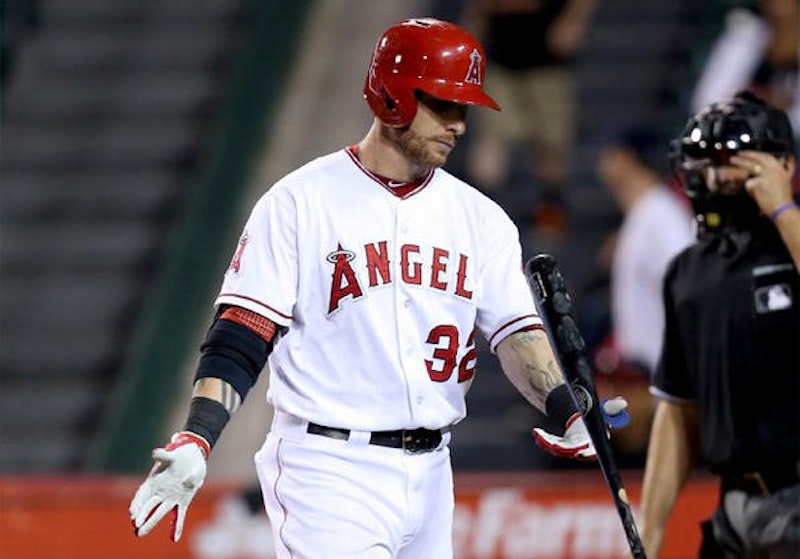 The main mistake the Dodgers made heading into the 2013 season is that they thought throwing money at a problem would fix it. The Angels made a similar mistake, but in a much less calculated way. It's not surprising then, especially in the latter team’s case, that the two Los Angeles clubs are struggling out of the gate. Should the Dodgers, who currently have a record-setting $216,753,286 million payroll, finish the season in last place, or even below .500, it would represent one of the largest financial blunders in sports history. The Angels aren’t in as dire a position—their $137,271,250 payroll is formidable, but not off the charts—but because of tighter budget constraints, the team is more hamstrung by their long-term commitments than their funny-money National League rivals.

The Dodgers’ off-season really started in August 2012, when they acquired Adrian Gonzalez, Carl Crawford, Josh Beckett, and Nick Punto from the Boston Red Sox. That’s when fans should’ve started getting nervous. While all four players had upside at the time, especially Gonzalez and Crawford, none of them were performing particularly well. Even though the three hitters are now tearing it up in Dodger Blue, the trade represented an urgency to succeed and a careless attitude towards money that continued to show up in the winter. The main problem for the Dodgers isn’t the cash they’re shelling out in 2013, but the number of years they committed to the big money players on the roster. Will Gonzalez, Crawford, Matt Kemp, Andre Ethier, Hyun-Jin Ryu, and Zack Greinke perform well in 2018? Doubtful.

The Dodgers have a window to succeed, but if they lose in 2013, they’ll have wasted a year of youth and talent. GM Ned Colletti shouldn’t have gone into the off-season (or summer, I suppose) with the idea that money alone can solve his team’s problems. If he were smart, he would have used his unlimited budget to sign players to highly incentivized short term, big money deals.

The Angels’ problems started in the winter of 2011-2012, when they signed Albert Pujols to a monster 10-year/$240 million deal. Naturally, fans were surprised and disappointed when the team failed to make the playoffs last year, especially after pundits labeled them the best team in baseball prior to the start of the season. This year, after their pitching staff was taken apart, GM Jerry Dipoto thought the most logical solution was to sign another aging hitter! The five-year/$125 million Josh Hamilton contract was doomed from the start. In 2013, Pujols and Hamilton have combined to produce -0.6 fWAR. Dipoto figured that a dynamic offense could carry mediocre pitching. In some instances, he is right: if your hitting is fantastic, it will pick up the weight of a sub-par pitching staff. He was wrong about something, however: his pitching isn’t mediocre; it’s terrible, especially with ace Jered Weaver on the DL.

The season is still young and Dodgers fans should keep their October dreams alive. The Angels are a different story entirely—with such a depleted farm system, 2013 may reveal a need for a total rebuild.