Angels A Bust in the Early Season

No pitching means no playoff spot. 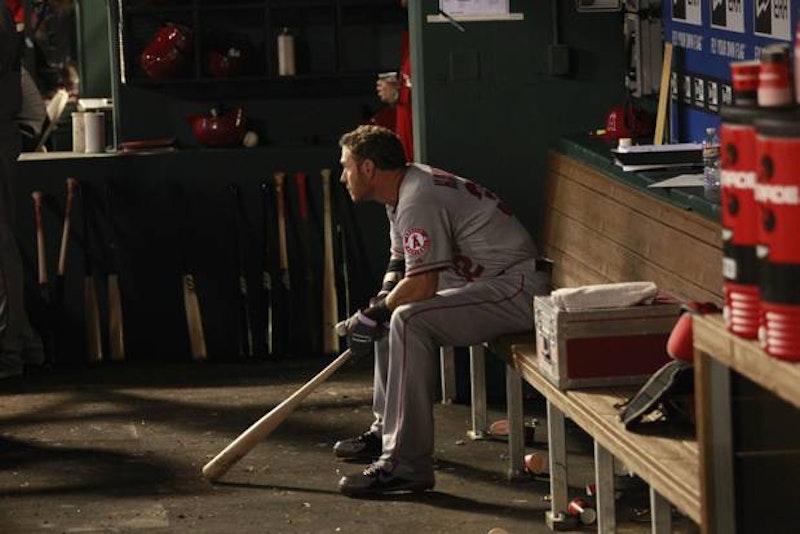 The Los Angeles Angels have slumped so far and is that surprising? The Halos were a trendy pick this spring—inexplicably, at least to me—as a team to watch, a World Series caliber club. I suppose the prospect of a hot Albert Pujols and Mike Trout in the same lineup is too tantalizing to pass up. Look, it’s only April 15, and the Angels aren’t actually a .333 club, but still, they’re not great, especially without ace Jered Weaver.

Angels fever began after the team inked Josh Hamilton to an ill-advised five-year/$125 million deal. No shock: Hamilton isn’t playing very well so far. The outfielder has hit just .234/.296/.447 thus far. Obviously, those numbers will get better, but I highly doubt the slugger tops 30 home runs this year. Or hits .300. Or any of benchmark hitting statistics that have become expected of him throughout these last couple of seasons. The truth about Hamilton is simple: he’s an incredibly streaky player who performs better when he’s incentivized to do so. With his future set for the next five seasons, that motivation isn’t there. That doesn’t mean he’ll wind up being a bad player, he just won’t be all that spectacular. Everyone knows that when Hamilton is hot, he’s easily the best hitter in the game. The Angels will likely see glimpses of that this year. Just not very often. He’ll probably end the year hitting .270 with 25 or so home runs and accumulate a lot of boos along the way.

And I doubt Mark Trumbo will be able to reproduce the success he had in the first half of 2012. He also won’t be as bad as he was in the second half of last year. Then there’s Pujols and Trout. Will Trout repeat his 10.0 fWAR? Probably not. Will he be amazing regardless? I have no doubt. Pujols, on the other hand, is an interesting case. His 2012, by no means bad, but nonetheless disappointing, left room for improvement. If he hits .285/.343/.516 again, his 10-year/$240 million contract will begin to look like a giant albatross.

And that’s the offense. Sure, it’s rounded out by a couple other guys, Howie Kendrick, Erick Aybar, Alberto Callaspo, but we pretty much know how they’re going to perform by now. It’d be surprising to see any of them highly outperform or underperform their career average fWAR.

The problem isn’t the Angels’ hitting, though—it’s their awful, awful pitchers. It’s hard to believe that last summer the Angels had a rotation consisting of Weaver, Dan Haren, Zack Greinke, and an effective C.J. Wilson. With Weaver on the DL, all Los Angeles can rely on is a cruddy Wilson and four Joe Blantons. Well, at least their bullpen is reliable.

With the Athletics and Rangers also competing in the A.L. West, I don’t see how the Angels will be able to fit into a playoff spot. The most frustrating part is that they’ll still be a good team, just not good enough to be important.