It’s hard to catch lightning in a bottle twice. 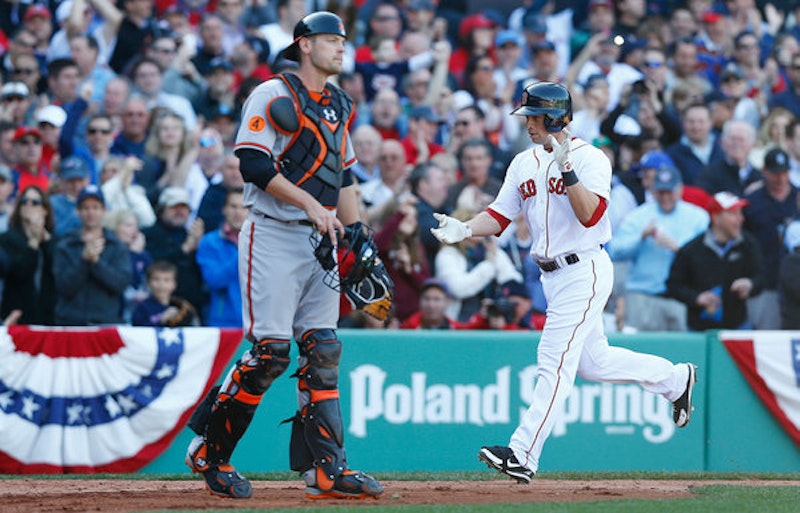 The Baltimore Orioles lost 3-1 to the Red Sox on Monday afternoon in Boston’s home opener. The loss, the Orioles’ third straight defeat, caused a minor panic in Birdland.

The Orioles’ made their improbable run to the postseason in 2012 largely due to unexpected performances from unlikely sources. The names Manny Machado, Miguel Gonzalez, Darren O’Day and Nate McLouth weren’t widely known around Baltimore at this time last year. Now those players are considered integral components of Orioles Magic. Given the rough first week to the 2013 season manager Buck Showalter may already be on the lookout for this year’s surprise contributors.

The Orioles hoped that Brian Roberts would finally make good on his $10 million salary and provide a meaningful contribution to this year’s club. Unfortunately, after a hot spring and a fast start, Roberts has already been lost to a leg injury that could keep him sidelined for a month. O’s fans have rightfully grown skeptical of Roberts’ healing powers. He’s missed far more games than he’s played over the past three seasons. I don’t think it would shock anyone if one month turned into three before Roberts is back on the field.

In Roberts’ absence the Orioles have turned to Ryan Flaherty and Alexi Casilla. Flaherty has struggled with the bat in the early going (currently 0-for-14 on the season). Casilla provides steadier defense and better speed than Flaherty but he’s no world beater with the bat either. Showalter’s bench was already stretched due to the late Spring Training injury to DH Wilson Betemit. Flaherty figured to get plenty of at bats against right-handers in place of Betemit. Now that Flaherty has been forced into regular duty at second base the Orioles are down to their third-string DH in Steve Pearce.

The always-fragile condition of outfielder Nolan Reimold is another complicating factor. Reimold missed the last five months of the 2012 season with a neck injury. Now his neck is healthy but his hamstrings are causing problems. Reimold was expected to replace the offense lost when Mark Reynolds signed with the Indians. He was forced out of Sunday’s loss with tightness in his hamstring and sat out Monday’s loss with the same issue. The hope is that Tuesday’s off day leaves Reimold ready to resume regular duty starting Wednesday night against Boston.

If Reimold is forced to the disabled list then the Orioles will likely be forced to turn to either Conor Jackson or Lew Ford. Jackson battled with Pearce for the last bench spot right to the end of Spring Training. He’s currently playing for Triple-A Norfolk. Ford, who played sparingly for the O’s last season, is currently at Double-A Bowie. I’m sure Showalter and GM Dan Duquette aren’t thrilled with the prospect of juggling Pearce, Jackson, and Ford so early in the season. They masterfully orchestrated roster moves last season and it looks like they may be forced to do so again.

The biggest concern for the Orioles right now may be the status of starting pitcher Chris Tillman. The 24-year-old Tillman established himself as one of Baltimore’s best starters during the second half of 2012. He missed time in Spring Training due to nagging injuries and was battered by the Twins in his season debut over the weekend. Tillman will get another chance to prove himself on Thursday against Boston. Tillman is out of options which will complicate things if he continues to struggle. Baltimore certainly doesn’t want to expose Tillman to waivers and will be unable to send him to the minors to build up arm strength. The second guesser in me is wondering if the Orioles would have been better off starting Tillman on the disabled list and allowing him to make a couple of rehab starts in the minor leagues before adding him to the active roster.

The injuries to Roberts and Betemit, coupled with the nagging issues of Reimold and Tillman, could soon have the Orioles’ front office scrambling for suitable replacements. Duquette was criticized for not making a major acquisition over the winter as he instead focus on adding depth by way of players like Pearce, Jackson, Lew Ford, Casilla, Jair Jurrjens, and T.J. McFarland. It looks like that depth will be tested sooner than anticipated.