Another year of Red Sox-Yankees clashes. 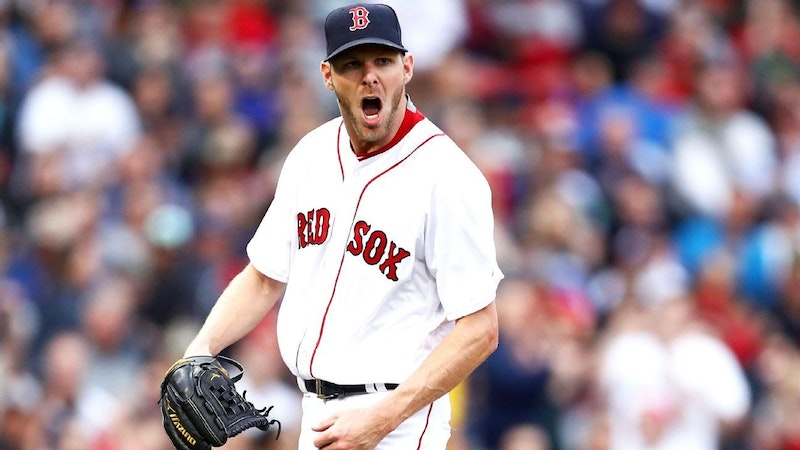 Let’s take a look at the AL East. Starting from the bottom.

Baltimore Orioles: Here's who the 47-win Orioles added over the winter: Drew Jackson, Austin Brice, Hanser Alberto, Jack Reinheimer, Nate Karns, and Eric Young Jr. Baseball obsessives couldn't name half of these real-life baseball players. This is not a team that looks to turn things around after last year's historically abysmal season. Some might argue linear regression will push the Orioles closer to 65 wins, but they need to inspect the roster before insisting this is a genuine MLB team in which traditional math formulas might apply. Orioles brass should be giving out tickets to half their home games for free. At least that way, Camden Yards wouldn't be completely empty.

Toronto Blue Jays: Two top prospects are ready to lead the Blue Jays, but they won’t be in Toronto during the home opener at Rogers Centre. An oblique injury to Vladimir Guerrero Jr. has kept him out of the last week or two of spring training, which gives Toronto's front office a convenient excuse to keep him in AAA in early April. Despite his annihilation of minor league pitchers, Vlad Jr. and his tantalizing potential will have to wait. Team President Mark Shapiro did a great job building a young core in Cleveland and he and GM Ross Atkins have done the same in Toronto.

Still, they aren’t giving Jays fans what they want this year. They can talk all they want about Vlad’s infield defense, and Bo Bichette’s (#11 on MLB’s Top 100 prospects list) development, but the truth is they aren't competing this year and want to save themselves a year of player control by waiting to bring both up. Instead of Vlad at third and Bichette at shortstop, Toronto will start Yankees cast-off Brandon Drury at third and journeyman Freddy Galvis at short. Rules designed to save team control over the top young players in the game need to be rewritten.

The rotation is full of questions. Marcus Stroman could use a bounce-back season after last year’s tumult. Still only 27, Stroman had a very solid 2017 campaign. Aaron Sanchez was excellent in 2016 but hasn’t been the same since injuries shortened his 2017 season. Still, at 26, Sanchez should be an integral part of the next wave of Jays. After a nice 80-inning stint in Arizona, former Red Sox enigma Clay Buchholz signed a minor league deal to soak up some innings in Toronto.

Tampa Bay Rays: Tampa pulled out another above-average season last year, winning 90 and putting a legit scare into the A’s in early September in the wild-card race. Ever the experimental squad, Tampa went all-in on relievers, going with “Openers” in 49 games. Essentially removing their fourth and fifth starters, the Rays went with match-ups and their bullpen exceeded expectations. Not surprisingly, more teams will be copying the strategy in 2019. For teams looking to save money on starting pitching, the strategy makes sense.

But let’s talk about the three starters they will be using, starting with presumed #3, Tyler Glasnow.  Acquired in the Chris Archer trade last July, Glasnow has long dominated the minors and arrives with a rocky major league resume. Strikes have been the main issue. Glasnow has shortened his stride and increased his velocity so far this spring. At 6’7” the righty is looking to keep those long arms and legs in sync and repeat his delivery to the point where his command isn’t a question, but rather a statement. If Glasnow can limit his walks, he'll become a legit #3 starter. Blake Snell's dominance in 2018 is yet one more example of the Rays developing pitchers. Bringing in former-Astro starter Charlie Morton this winter was an underappreciated win-now move. Morton’s off-speed stuff is dazzling; the sink on his heater induces both fear and groundouts.

One thing to keep in mind: like every good AL team, Tampa's record was inflated by the mostly terrible bottom-half of the AL, going 7-0 against the Royals.

New York Yankees: Las Vegas has the Yankees over-under at 97, with the Red Sox at 95. Coming off the 108-win Red Sox season, that’s a tough pill to swallow, but analyzing New York’s lineup, it makes sense. The team hit 266 home runs last year, setting an MLB record, while missing Aaron Judge for two months. Now Troy Tulowitzki (albeit at 70 percent of what he once was) takes over at short until Didi Gregorious returns in the summer. Gleyber Torres is ready to take over at second base. Miguel Andujar was more than Yankees brass could have hoped for in 2018. DJ LeMahieu would be starting for half of the 30 major league clubs, but he’ll be in a super-utility role this year.

Moving on to the pitching side, Luis Severino’s rotator cuff flared up in spring training, and he’s expected to be out until May. The Yankees signing of former Mariner ace James Paxton takes on added significance. The lefty is especially tough on left-handed hitters, and should keep homers down even with Yankee Stadium’s short porch in right. After Severino and Paxton, Masahiro Tanaka, J.A. Happ and C.C. Sabathia were expected to fill out the rotation. That changed when Sabathia (who says he’ll retire after this year) went down with minor knee issues that will keep him out until late-April.

The pitching concerns end there, however. New York’s bullpen was further bolstered this winter by adding Zach Britton and Adam Ottavino. Britton was one of the AL’s best relievers from 2014-2016, finishing 2016 with a microscopic 0.54 ERA. Ottavino was unhittable in Colorado last year. Throw in Chad Green and you have three elite relievers before you even get to Dellin Betances (who’ll start the season on the IL) or Aroldis Chapman. With that bullpen, New York will only need four innings worth of starting pitching from the fourth and fifth spots in their rotation.

Boston Red Sox: After winning 108 games and the World Series, let’s take a moment. Anyone expecting a repeat of last year is delusional. Five Thirty Eight is here to throw regression into the conversation about the 2019 Red Sox season. I understand. Logical. Yes, many things fell into place for last year’s Red Sox, and no, I don’t expect another 100 wins, but they’ll get close.

One of the main reasons Boston set their franchise mark of 108 wins was the fact that they beat up on the worst of the MLB’s worst, going 31-7 against the Orioles and Blue Jays and 77-47 against everyone else. I loved last year and all of the wins, but to go from great to historically great takes some context.

If you were frustrated by the endless "talks" between Manny Machado and Bryce Harper and half of MLB’s teams, just wait until the free-agency of Mookie Betts after the 2020 season. Here’s hoping Mookie stays, but how can you blame him for waiting and maximizing his prime years?

Now, getting to the 2019 version of these Red Sox, a few questions:

—Is Chris Sale fully healthy, and will he be given a lighter load early on in the season?

—After Eduardo Rodriguez's solid season, can he build on it and stay healthy enough to pitch 170 innings? That's the modern equivalent of what 220 innings was in 1990.

—Is the bullpen ready to pick up where it left off in October?

—Will Dustin Pedroia ever get to 300 at-bats again?

—Can Jackie Bradley Jr. keep the momentum going from the end of last season, or will we see more of the highs and lows of the past?

I’d imagine that the answers to Sale, Rodriguez and Pedroia will focus on maintaining health for October. Remember last October? Nate Eovaldi's spectacular run saved the pitching staff on a couple of occasions. Despite his injury history, the Sox rewarded Eovaldi with a four-year contract. Though not everyone here at Splice Today is jumping for joy at that deal, I loved it. At the time, there were rumors of Eovaldi signing with the rival Yankees. After his performance in October, would you have been happy seeing him pitch as a Yankee in future Octobers? Maybe they stretched an extra year, but I'm glad they brought him back.

The absence of Craig Kimbrel means a combo of Ryan Brasier, Matt Barnes and others. Both Brasier and Barnes were brutal on hitters last year, and I trust that they’ll be good again, but the depth is a concern. Joe Kelly went to the Dodgers. Considering how Kelly pitched in September and October, that one might sting more than Kimbrel. Boston will be hoping Tyler Thornburg, who excelled in Milwaukee in 2017, finally gets over the injury issues. Expect one or two relievers to arrive at the deadline. One of Boston’s better prospects is Venezuelan lefty Darwinzon Hernandez. A flamethrower, Hernandez will likely be given a shot at the rotation in 2020.