Sportswriters, such as they are, searching for stories to write. 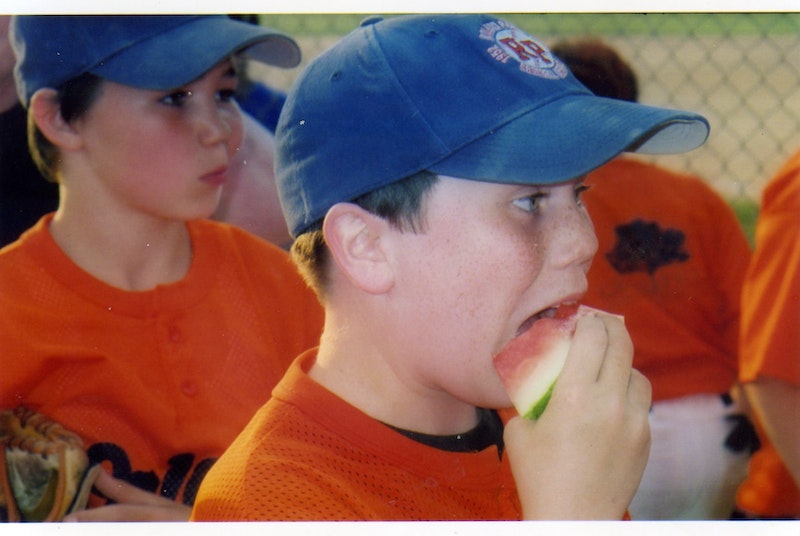 Not a day passes without outraged sportswriters expressing mock concern that Major League Baseball’s owners are on the cusp of collusion charges because Bryce Harper and Manny Machado, the top free agents this postseason, have yet to receive bloated 10-year contracts. In addition, a number of lesser gods haven’t inked deals yet—Craig Kimbrel, Dallas Keuchel and Marwin Gonzales, for example—and it’s likely that a number of players won’t have a team locker by mid-March.

So what? Why would any team rush to sign Harper to an extended deal, when he’s injury-prone and had a crummy season in 2018? Machado’s more solid, but his reputation as a dirty player who admittedly isn’t “Johnny Hustle” hasn’t helped his cause. And while both Harper and Machado are All-Stars, they’re not Mike Trout, probably the only position player who’d warrant a $400/10 year-deal. (If Mookie Betts plays at the same level in 2019 as last year, he’d be right behind Trout.)

You can pick one of a 1000 articles bemoaning the leisurely free-agent movement, but essentially they’re identical, so I’ll focus on Michael Baumann’s “MLB’s Frozen Offseason and the Farce of Trying to Sell Not Buying” for The Ringer on February 5. It’s a lengthy, repetitive and sometimes contradictory essay, but Baumann gives it all away, inadvertently, in the very first paragraph.

He writes: “Just two weeks before spring training opens, baseball’s offseason has barely begun to rock its wheels out of the frozen mud of winter. Not only has the slow free-agency period disrupted the normal temporal rhythms of the offseason, it’s made it tough to even offer predictions about the coming season, because so many players who could influence a pennant race are still without a team.”

I realize that sportswriters—at media organizations large and small—have a job to do, producing, say, four articles about the impact of a Machado contract, but do I, a lifelong baseball fan who watches almost every Red Sox game (the MLB Extra Innings package remains one of today’s great bargains), care that completely meaningless pre-season predictions are difficult to make? I’d guess that the millions of fantasy-league devotees are getting itchy, too, but fuck me running, guys and dolls, it’ll all be sorted out soon enough.

(Also, though it’s not an original observation, how many worthy sportswriters are working today? I count Michael Powell of The New York Times and… that’s about it, although I always read The Boston Globe’s Alex Speier. Most of today’s baseball beat writers impersonate general managers and simply parrot each other. At one time, The Times’ sports section was the best in the country—you could ignore the partisan editorials masking as news stories on the front page, and skip to a batch of writers who actually thought about a topic before turning it over to the copy desk.)

The “collusion” charges are ludicrous: Baumann blames the Yankees and Dodgers, two wealthy, high-profile teams (although anyone who owns a sports franchise isn’t on the corner asking for a cigarette or 50 cents) for not signing either Machado or Harper because they can. The Yankees have improved their team, picking up pitcher James Paxton from the Mariners, ditching Sonny Gray and fortifying an already strong bullpen. Besides, it’s not as if ownership has skinflinted out: why a no-longer-in-his-prime Zach Britton received $39 million for three years is beyond me; and the acquisition of D.J. LeMahieu for second base may or may not pan out, but they paid him $24 million for two years. And they took a wise flyer on the usually-injured Troy Tulowitzki, strangely released by the Jays, to play shortstop for the minimum salary. I hate the Yankees and hope the team flops, but no one can say they haven’t thrown money around.

Patrick Corbin, who’s had two good seasons, was given $140 million/six years from the Washington Nationals early in the offseason; the Red Sox ownership, presumably on a World Series championship pink cloud, almost immediately overpaid postseason hero Nathan Eovaldi—an injury-prone starter who’s never put together a stellar season—giving him $68 million for four years. That’s potentially as boneheaded a decision as the Yanks giving Jacoby Ellsbury $153 million/seven years in 2013, a bad contract some saying they’re trying to unload on the San Francisco Giants in exchange for the still-injured Johnny Cueto and the insurance payments that are attached to him. And, as Speier pointed out, in discussing Boston’s decision to forego a “name” reliever in favor of a slew of unproven or discarded pitchers, last season closer Wade Davis received a $52 million/three-year contract from the Rockies… and posted a .9 fWAR. Maybe owners, from markets big and small, are tired of getting burned by free agents.

Who envies the Cubs, a team so hamstrung by its past profligacy that it can’t make a single addition this season? The same “once in a lifetime” tag that’s associated with Harper and Machado was assigned to Jason Heyward when he hit free agency as a 26-year-old in 2013. He had amassed 25.7 fWAR by then, a number one prospect and talk of his status as Willie Mays’ heir apparent. Since joining the Cubs on an eight year/$184 million contract, he contributed, on average, 1.3 fWAR per season. Heyward’s another cautionary example that Baumann conveniently ignores.

And why should the Dodgers, whose GM Andrew Friedman (once architect of the always-broke Rays) is among the most creative and least predictable executives in baseball, alter his strategy just because he has more money at his disposal? The Dodgers have reached the World Series two years in a row, and the team will likely make the playoffs this year.

Naturally, there’re rumblings of a players’ strike when the current Collective Bargaining Agreement expires in December, 2021, but although memories are short, I doubt either ownership or players want a replay of the disastrous 1994-’95 strike that enraged fans (canceling the ’94 World Series and possibly forcing the Montreal Expos to move south to Washington) and caused then-Commissioner Bud Selig to promote all sorts of gimmicks—cheering on the home run contests, while turning a blind eye to pervasive use of PEDs in his sport.

I’ve no beef with baseball’s Players’ Union, but it’s ludicrous to think that the America’s less glamorous union members would raise the ghost of John Lewis to support a strike. It’s millionaires vs. millionaires, and most fans simply want the diversion of a baseball season to entertain them after work.