Chess Should Be in Olympics 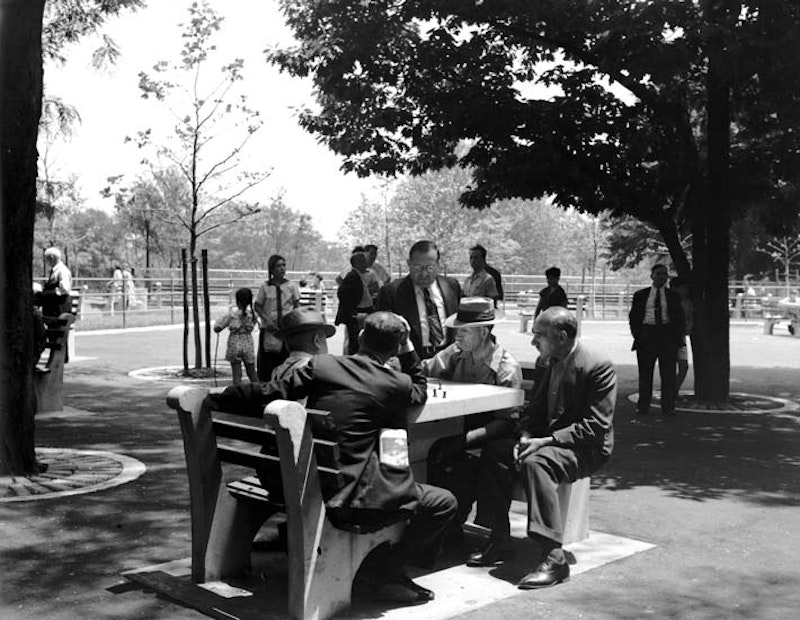 I wonder why sports such as synchronized swimming and dressage are included in the Olympics. It's hard to keep a straight face watching the former, with all those exaggerated, comical facial expressions as the female competitors surface after doing their upside down underwater dances. As for dressage, the horse is doing all the work, but the human takes the credit for making it dance funny. It's absurd that both of these frivolous activities, which require judges to decide the winner, are Olympic events and chess, an intense one-on-one competition that's organized at many levels all over the world, isn’t.

I know what the objections are—chess is just a game, not a sport. Making a horse do tricks for the amusement of others is a sport? Some cling to the contention that the Olympics are about athletics, not competitions of the mind, but the International Olympic Committee’s recognized chess as a sport since 2000. Tokyo’s invited the chess and bridge federations to apply for inclusion in the 2020 Summer Olympics it's hosting, while Russia's trying to get chess into the Winter Olympics.

Sports played at the highest level are just as much about the mind as the body, so why bother to make the false dichotomy between the corporeal and the cerebral? Pure athletic talent's enough to succeed at a young age, but at each successive level athletes get weeded out based partially on mental toughness, considered an indispensable athletic trait, and top chess players have it.

Those who question chess’ physicality should try playing a six-hour game and then be prepared to compete the next day. That's an endurance test, and it's why former champion Bobby Fischer paid so much attention to physical conditioning—he swam, played tennis, and boxed to stay in shape—and why current world champion Magnus Carlsen runs, plays soccer, and practices yoga. Anatoly Karpov once lost over 20 pounds during a 1984 match with Gary Kasparov. Competitors in high-level chess tournaments often shown signs of physical strain and exhaustion, which isn't something you'll see Olympic air pistol competitors suffering from. The physicality of this activity’s limited to a pulling motion with one index finger, and the weapon is doing much of the work, yet it can earn you a gold medal. Chess players have no tools to use, nor do they have a coach on the sideline. They're all alone and it's brutal.

For a chess player, the analog to pure athletic ability is the possession of a set of rare, innate cognitive skills. Magnus Carlsen was born with these skills, which can’t be learned, just as Michael Jordan couldn't have been taught to jump. Carlsen worked just as hard at capitalizing on his natural gifts as Jordan did. He also had to have Jordan’s killer instinct, because natural ability and hard work aren’t enough to get you to the top. You need the fighting spirit, plus the ability to perform under pressure. Carlsen, a grandmaster at 13 and the highest rated chess player in history, has the full package—he should be considered an elite athlete.

The Olympics are about competition. It's hard to find a more intense, one-on-one competition than chess. Traditional sports are divided into halves, periods, and innings. Mess up early on and there's plenty of time to make up for it. But just one bad move in chess can take you instantly from a winning position to a sure loss. The margin of error is minuscule.

Chess has too much cultural and historical significance to be kept out of the Olympics. Kingdoms in Asia and the Middle East have been won and lost on the basis of a game of chess. The 1972 World Championship match between the upstart American, Bobby Fischer, and Boris Spassky, the defending world champion from Russia, gripped the world like few sporting events ever have. Fischer once had to be physically restrained as the two competitors fought their proxy Cold War on a chessboard. Foreshadowing the eventual outcome of that two-nation conflict, the American prevailed, which ended Russia's 24-year domination of the chess World Championship.

Our view of the Olympics is shaped by these times, so few will recall that literature was once an Olympic event, as were music composition, painting, and architecture, all of which were featured at the 1912 Olympics in Stockholm. The gold medal winner in literature went to the writers of the nine-verse prose poem, “Ode to Sport.” As it turned out, the arts were not compatible with Olympic competition, so the experiment was abandoned after a few decades. Chess, however, is well-suited for the Games. Why it's not included, when so many minor events are, is a mystery that should be solved soon.