How To Spot Sexual Racism

I’m so annoyed that in 2016 we’re still dealing with this issue. 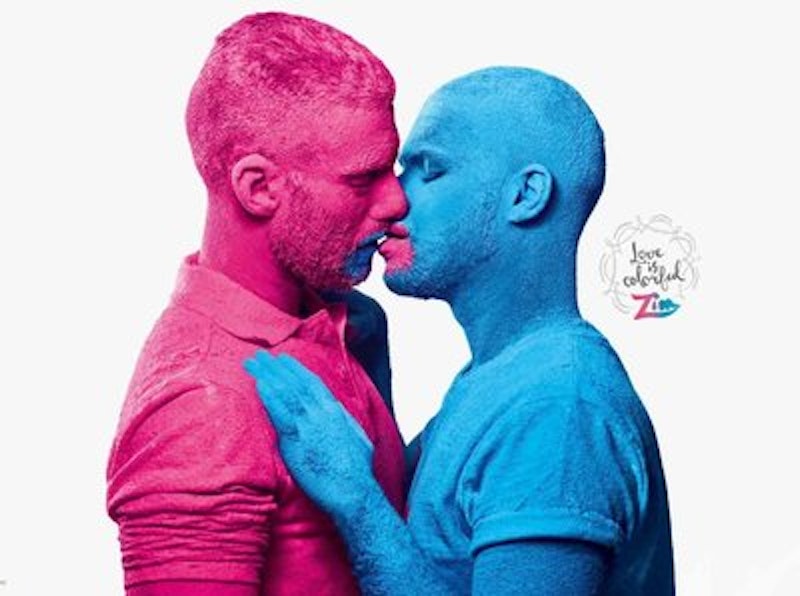 This morning I deleted a marketing email from Hinge, a high-end, Tinder-esque social dating app that only shows you hot guys if you have friends in common. Cool concept. But Hinge was the worst kind of dating app for me because I never matched with anybody. Not one person. For weeks. It was a huge blow to my self-esteem and for a while I felt just like Charlotte in that episode of Sex and the City where she’s all, “I’ve been dating since I was 16 I’m exhausted WHERE IS HE!”

And then I figured it out. As I swiped and swiped I only saw white guys. To be fair, all “the apps” are white. Grindr is pretty fucking white, and so is Scruff, but at least people of color pop up from time to time. Hinge is the whitest dating app I’ve ever been on. I never once came across a person of color so of course that led me to think people weren’t clicking my profile because of the melanin in the room.

Then, a few days ago a friend of mine posted a status on Facebook asking if people thought sexual preferences based on race are just preferences or if they’re another form of racism. I opened a bottle of whiskey and sat down to read the comments. Same old, same old, a majority of the comments offering deeply enlightening nuggets like “You’re into what you’re into” and “It’s not racist, it’s a preference” and on and on. By no means is this a new topic of debate, but I’m so annoyed that in 2016 we’re still dealing with this issue.

Sexual racism is learned behavior. It’s what happens when any of us says we’re not attracted to a given race or we won’t date a given race because of skin color. If you’ve ever said you don’t date Asian, Latino or black guys, either online, in a profile or with a group of friends, you are practicing sexual racism. Period. If your dating profile currently says, “white only” or “into white” you’re a sexual racist.

But sexual racism is weird because even though it works by excluding certain bodies it’s other operational mode can be seen in the ways brown bodies get stereotyped and exotified by and for white eyes—Asian guys are all femme bottoms, black guys are all beast tops with huge cocks, Latinos are pretty, all white guys who like black guys are total bottoms.

Naysayers of sexual racism always argue, “Yeah but black guys sometimes say they aren’t into white guys.” Desire is political, whether we realize it or not, and people of color who say they’re not interested in white folks are creating community. People of color can’t be racist against white people because reverse racism is not a thing. Read the last six words over and over.

My queens. White supremacy is real. Every one of us needs to work every day to disentangle ourselves from the toxic elixir of white supremacy. People are people and we are so hot. Sex is cool and cuddling is fun! I want to live in a world where everybody wants to fuck everybody regardless of their skin color. Why is this so hard to achieve?