It’s impossible for me to flirt. 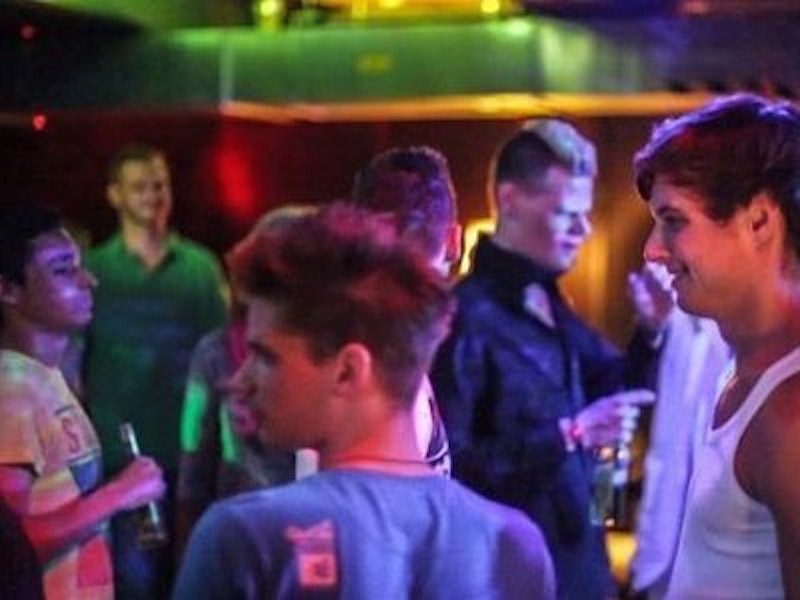 Something strange happens when I’m at the bar and come across hot guys. Instead of flirting my way into their heart/pants I turn cold. Really cold and almost dismissive. My mind is all omg pull your cock out but my body language is saying what the fuck are you looking at, don’t touch me. Over the weekend I was at a party in East London and ran into my dream boy, this guy I’ve had a crush on for over two years who works at the coffee shop I’m in almost every day. All my friends know about him because as soon as he comes into the room I spam them on Facebook, typing furiously, drooling out of my eye sockets.

This guy is so good looking—curly hair, cheekbones for the gods, olive skin, cool, plus an amazing smile that turns me into a shot of vodka which is exactly what I need to calm myself down when I look at him.

Anyway, that night I went to get a drink and I was so flustered because this particular club is always too crowded and it’s hard to leave the dance floor without getting something spilled on you. As I combed my way through the crowd without knowing it I was actually walking right behind him after not seeing him in maybe four or five months. He got to the doorway, turned around and I realized it was him. There he was, a huge smile on his face and I freaked out. I was so caught off guard that I frowned/sneered at him instead of saying hi and trying to flirt with him like I should have.

Blammo! Another successful interaction with a man!

I suck at flirting. I can be witty responding to an OkCupid message but when it comes to flirting in real time with real guys I’ve no idea what to do. Some people are blessed with the ability to ooze sex appeal and availability and in my mind these people always get numbers.

I was asking my friend for tips on how I can learn to flirt more and he told me that sometimes I can come across as “unavailable,” something I’m sure every introvert gets told once a week. My friend said that the first time he saw me I was dancing by myself in a club and it seemed like I was having a great time, like I was content enough with myself, didn’t need anybody else. He saw self-confidence and unavailability whereas the reality is that if someone I don’t know shows interest in me I freak out, shut down, and become cold and maybe even bitchy.

It’s got to be the introvert in me. The introvert in me makes it hard to open up to anyone pre-approved/who I don’t already know, contradictory because I’d like to get to know more people and yet it’s hard for me to open up to new people. When I point out a guy I’m interested in or would like to talk to in a bar my friends always say, “Go up and talk to him!” and for me it’s the hardest thing in the world to do. I can be recorded on camera, I can speak in front of 500 people but walking up to one person I’m interested in and striking up a conversation is completely out of the question. I start saying stupid shit, I stutter and I’m on the verge of puking.

Maybe I should just stick to online dating.