I Am Anthony Weiner’s Throat Tendons 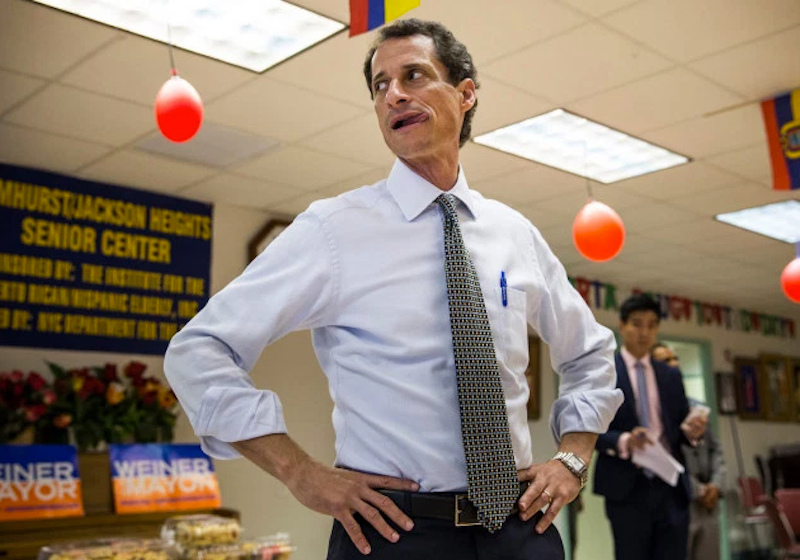 Dear Sirs, Pamela Anderson and a man named Shmuley want me to change my habits. Huh. Their op-ed should start with an apology: “What can a rabbi have in common with a human scaffold for silicon? Just this—” And then they’d swing into the topic, which is the alleged harm done by pornography. Instead we must take them cold, act like all is normal despite the freak byline. Pamela Anderson’s going to tell us about medical studies and moral imperatives, because obviously she’s spent her life examining facts and pondering the True. That’s why she looks the way she does: as if surgeons had attempted to hide coin purses in various parts of her face, and her lungs behind a pair of volley balls. Shmuley and the pin-up! Pornography must be a poor thing to fetch enemies such as these. Signed, Skeptical.

Dear Sirs, I rise, I stiffen, I stand out tall. But no one cares. I am Anthony Weiner’s throat tendons. You’ve seen me laying my steel furrows beneath his shriveled mouth. You’ve sensed me rigid above murky shots of his pelvis. I have shrunk and grown, flaunted myself and retreated. I am steel, I am putty. I am rope, I am string. At the hinge of his jaw, I bunch and burrow; along his clavicle, I spread and stride. When shame assaults him, I am small. When pride overtakes him, I swell. When he aims a camera at himself, I swell larger. Signed, Not His Penis.

Dear Sirs, They fire a whole lot of bullets fast. You don’t have to aim the things to do harm. You can swivel your hips and arms, and the guns slap bullets everywhere, throughout the room. Victims fall down like a harvest of meat, chunks and ribbons bounding free. The death toll will be 33 or 26 or 14 or 49.

The above goes out to a fellow at Young America’s Foundation. He compiled a video clip entitled “College Students Know Nothing About the Guns They Wanted Banned.” The kids he interviewed couldn’t describe an assault weapon. Hey, don’t worry. I got it covered.

Ordnance? Bombers? I know little about them. But I know what they do, and therefore I have opinions about their use. It’s the same for guns. Signed, A Citizen.

Dear Sirs, Behold, dragged from the swampy interior of FiveThirtyEight, that mysterious continent of the almost written: “The shock of 2016, though, is just how self-evident the inflection point at which the Republican Party finds itself is.” Not only is the subject separated from the verb by seven words, some of those words are themselves a subject and a verb. Like a cow that ruptured a boa constrictor, a sentence peeps out from the larger sentence’s swollen stomach. Yet the giant sentence continues. Yes, the period I put at the end was a lie. The monster sentence is merely the build-up to these words: “Trump is a one-man crisis for the GOP.” Now the sentence can end.

As inflection points go, I guess it’s self-evident that Donald Trump’s a one-man crisis. Wait, is that what she meant? (The writer is Clare Malone, and the piece is “The End of a Republican Party.”) No, I think she meant that it’s shocking how self-evident it is that the Republican Party is now at an inflection point, and that the self-evidence of this inflection point can be seen from how Donald Trump is a crisis. Or… Oh, bother. This burst creature wasn’t meant for civilized eyes. Take it and the cow away, and remember not to trek in God’s wild places. Signed, Sentence Wonder Amazement.