I Say Sorry to the Polyamorists

For real, but with a caveat. 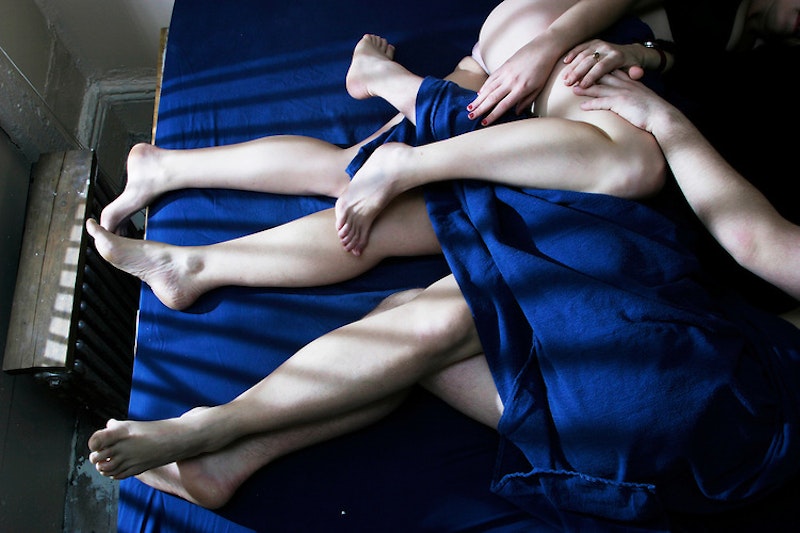 This isn’t the kind of apology that’s artfully turned to cast a bad light on the recipient. I was wrong and that’s why I’m writing this. On the other hand, I wasn’t that wrong, so the piece will go on a while after “sorry.” But sorry I am. I wrote a piece called “Polyamory? It’s for Suckers.” The key phrase: “I say this from no actual knowledge of polyamory.” Uh oh. How shall I put this? One shouldn’t write inflammatory material about a category of people unless one proceeds from facts. I didn’t and that’s unfair.

After the piece appeared, a friend told me he’d talked with polyamorists and that they’d been middle-aged people with a lot to say about the mechanics of joint child-care arrangements. That doesn’t match the picture I had in my head, a picture of college-town dopes scamming each other for cheap sex. When I wrote about what polyamorism is and what polyamorists do, I wrote as if I knew the whole story. Obviously I didn’t.

Going by audience response, I judge that this notion’s true as far as it goes, and that it goes pretty far. But there’s more and I had no idea. The middle-aged, making-a-go-of-it polyamorists are probably fewer than the horny-young-dope polyamorists. On the other hand, the making-a-go-of-it types would be the movement’s core, since they’re the ones spending their lives on this stuff. And in the end, the key word here is “probably.” I don’t know.

I mentioned my original piece’s key phrase. Here’s the whole passage: “I say this from no actual knowledge of polyamory. But I know the world. Maturity isn’t something we have lying about. If somebody thinks they’ve stockpiled enough to pull a stunt like this, they’re lying to themselves.” In other words, I was proceeding as an ideologue: if you know how the world goes, you can surmise the details of any individual matter that comes along. My ideology holds that people are weak and self-seeking, and that they tell themselves stories about how important they are. Watch people kick aside old rules and you’ll see those people trip and fall. Apparently that’s how it’s worked out for many who thought polyamory would mean freedom instead of shambles. But there are some people who don’t fit my picture. They’re trying to be the best polyamorists they can be. To be a good writer, I shouldn’t assume they aren’t there.

If I did my piece over again, the changes might not satisfy most polyamorists. Instead of saying “all,” I might say “some” or “many.” Instead of saying polyamory was always doomed by human conceit, I’d say it seemed especially vulnerable to such conceit. And so on. Any polyamorists reading this present piece might not like its implication that there are good and bad polyamorists. But that’s the way it goes. I’m not writing this to make them happy, just to be honest. I wrote as if I had the lowdown on all polyamorists, everywhere, and I didn’t. I shouldn’t have done it that way.