LGBTQ Rights Still Have a Long Way to Go

Despite Pride, the struggle for LGBTQ rights is far from over. 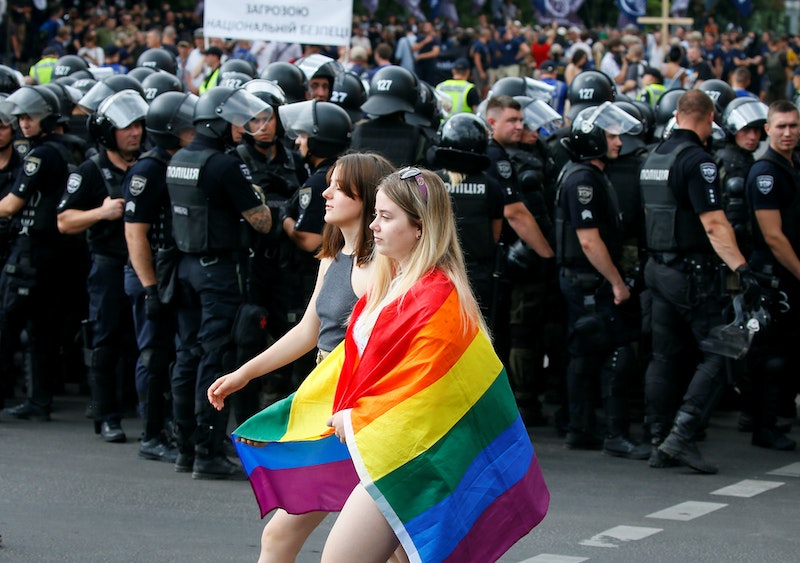 As an LGBTQ news journalist, I was surprised to learn from The Atlantic that the fight for LGBTQ rights is over. James Kirchick explains how LGBTQ rights have significantly improved within the past 50 years: same-sex marriage is legal, 70 percent of Americans support LGBTQ people, Don’t Ask Don’t Tell has been repealed for years, etc. “From a legal standpoint,” he writes, “the movement has achieved nearly everything it needs for gay people to prosper as equal citizens. Of course, it’s unreasonable to expect this to happen. For many of those whose political identities have been shaped by crusades against government discrimination and pervasive societal ignorance, victimhood is too essential an identity to be so easily discarded.”

According to a recent GLAAD survey, support for LGBTQ rights has slowly declined among 18-34-year-olds within the past few years. Support overall is still at an all-time high, but there has been a slight decrease in certain situations, which goes against the idea that America has become, in Kirchick’s words, “post-gay.” The survey shows four areas where young people report a growing sense of discomfort: having an LGBTQ family member, finding out their kids’ teacher is LGBTQ, kids learning LGBTQ history in school, and having an LGBTQ doctor.

GLAAD president and CEO Sarah Kate Ellis told the Daily Beast there are two reasons why support for LGBTQ people has decreased in these areas: the Trump administration and discomfort over “new gender identities and sexual orientations.” I understand learning what all the letters in the alphabet soup mean is overwhelming. I tell cis straight people it’s okay if they don’t get it right now, as long as they continue to listen with an open mind. However, it’s unclear how discomfort over new labels is related to discomfort over LGBTQ history lessons in school. Perhaps that has more to do with Trump than confusion over neo-pronouns.

Much has already been written about how the Trump administration has emboldened many white nationalists to come out of the closet, so it’s no surprise that, given Trump’s record of anti-trans legislation, the Alt-Right is now targeting trans people. According to the SPLC, white nationalists like Christopher Cantwell and Paul Nehlen regularly tell their followers on the Telegram Messenger app to kill trans people. The American Medical Association has already declared violence against trans women—especially black trans women—as an “epidemic,” and since white nationalists showed up at this year’s Detroit Motor City Pride parade, it’s only a matter of time before a Pride celebration turns into another Charlottesville.

Kirchick says there’s no need for an Equality Act because “the majority of gay people live in the 22 states where nondiscrimination statutes are already on the books.” The actual number is 33 states and the District of Columbia that have some form of anti-discrimination laws protecting LGBTQ workers, according to the Human Rights Campaign. However, where does that leave LGBTQ workers in the remaining 17 states? Not everyone can afford to move and find work in another state, especially workers of color. It’s also important to note that out of the 33 states that provide some protection, only 21 states and DC prohibit discrimination based on both sexual orientation and gender identity. Wisconsin only prohibits discrimination based on sexual orientation, and the remaining 11 states’ anti-discrimination laws only apply to public employees. The Equality Act would protect all LGBTQ workers from workplace discrimination.

America has become more accepting of LGBTQ people since Sylvia Rivera and others fought for their rights at Stonewall. However, the facts show the struggle for LGBTQ rights is far from over. The Trump administration, the rise of the Alt-Right, the murders of black trans women, and the lack of federal protections give the LGBTQ rights movement more reasons to continue.