The differences are complexly interwoven with the similarities. 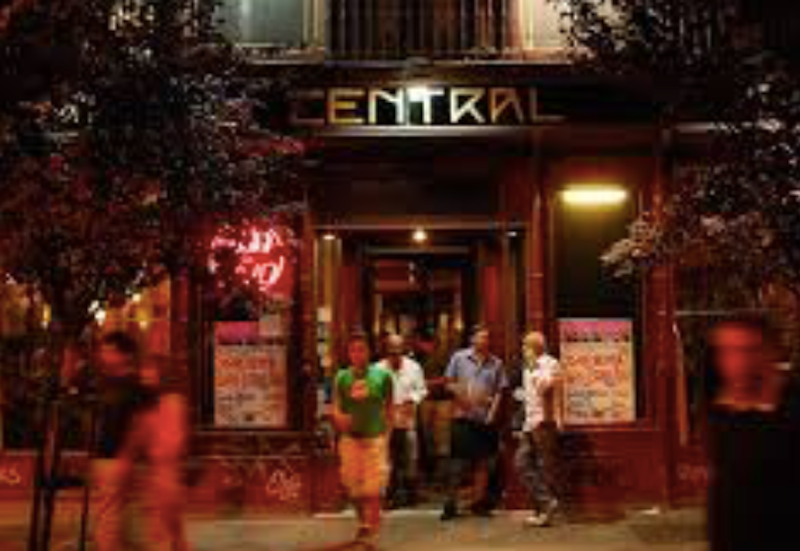 Last week, on an art pilgrimage to Madrid (there's a lot of Goya there), my painter gf Jane and I were staying in a first-floor apartment. The neighborhood, on the hill above the Prado, was infested by tourists (especially American school groups) as well as Spaniards and people from Latin America. Outside our window one afternoon as school let out, I heard a group of Spanish girls walk by, singing (particularly well) to Ariana Grande. Two American black girls walked past them, and I heard the surprised-but-still-bored voice of one: "There's nothing but hip-hop over here!"

I imagined her thought balloon: did I travel to this beautiful exotic European capital to hear Ariana Grande? Maybe I should have stuck in [Philly, New York, Chicago, Atlanta, Houston, Los Angeles].

The world appears to be growing more homogeneous, but people have said that since Karl Marx started talking about globalization in 1848. It's hard not to see the trend as intensifying, which threatens to leave the world with a single uninteresting culture. We noticed the craft breweries and artisanal cheese shops, which could have been transported in their entirety from Brooklyn.

Would-be Internet influencers were everywhere, and the various imperial palaces and parks were filled with pretty girls being photographed making sexy faces, at all levels of seriousness from the iPhone snap to the full-fledged photo shoot. Well, that's in NYC too, of course, though maybe not this heavy: it was everywhere. In passing, I don't see the trend as sustainable: what's Madrid or the world going to do with the next million pretty-girl Instagram pics?

Scooters and Ubers were everywhere, to the point where you might momentarily think yourself in Nashville or Santa Monica.

As I say, this isn’t a new trend, and Madrid’s been an international city for many centuries. It’s an imperial capital, and the architecture and street layout in parts recall others of that ilk: Paris, for example, or DC, or London: wide boulevards, triumphal arches, gigantic piles of marble. The Royal Palace in Madrid is one of the most intimidating and ugly buildings in Europe, or was until the advent of architectural brutalism. In all these cities, beauty as the planners understood it was ancillary to the expression and celebration of political power, i.e. political oppression.

Gold, stripped from the Western hemisphere, funded it, and also the amazing art that’s housed in palaces and even convents. When you're looking at Velazquez (Las Meninas) and Goya (The Third of May), you’re looking at the work of the greatest painters who ever lived. But you’re also looking at the work of servants of the Royal family, as you can tell because it’s dominated by portraits of the notably unattractive Spanish royals.

The Prado serves the function that’s also served in slightly different ways by the Louvre and the National Galleries in DC and London: displays of loot. But man is it good loot. And even if Spanish painters dominate the Prado, the tastes were already international when the collection was formed; the Spanish royal family was obsessed by Dutch and Flemish painting, for example, and gathered it in a vast hoard in Madrid, along with Latin American furniture, etc. The princes or their servants appear to have numbered every painting, with paint, in the corner of the canvases, at once claiming and defacing them, or reminding you at every turn who owns what.

Certainly, the art and architecture bespeak a Europe-wide political culture that has been developing for centuries. In integrating the politics to some extent and making it effortless to cross borders, the EU has intensified this process, and there might’ve been as many tourists from other EU countries in Madrid as American or Chinese people. Until the recent outbreak of populism, all Europe appeared to be merging into a sort of progressive semi-socialism under the auspices of a European mega-state. You can see how this might be experienced as a loss of identity, a loss of beauty, a loss of history. You can see how it might provoke a backlash.

So the aesthetics, like the food, music, political spectra and the selfies (Goya's greatest self-portraits are in Madrid, at the Real Academia de Bellas Artes de San Fernando), have been merging for a long time. But in this context, the differences appear all the more salient. I found that I wasn’t that worried overall by Spanish Americanism, as I haven’t been worried about American Europeanism (I don't know where the phrase “artisanal cheese” originates, but it might not be Brooklyn). In Spain, as in so many other places, despite the tourism and despite the Internet, an American is perfectly aware that he's someplace else, or that everything is a little different.

It's like Samuel L. Jackson's character in Pulp Fiction, wondering at the slight differences between McDonald's in LA and McDonald's in Paris: the differences are complexly interwoven with the similarities. But everything is different, slightly or hugely. The shape of the day is different. Philly's bustling by seven a.m., Madrid not till nine; businesses might close for a couple of hours at mid-day. Waitpersons still seem irritated or puzzled when you ask for the check; they're operating on a different rhythm.

We were talking to a twentysomething from Cuba, and he told us that he loved Madrid, but was still working on trying to move himself and his parents and siblings to the States, where he thinks there’s the most economic opportunity for a hustler such as he presented himself. But then he said, "I'm not sure I could live there. It's the pace. Don't you people ever relax?" An American might still look at Europeans sipping espresso in an outdoor cafe and ask, "Don't you people ever do anything else?"

And even as the pop music and the Kardashian look takes over the globe, local traditions are still valued and emphasized, if nothing else than for tourism, because tourists want above all an experience of authenticity. But the crowd that was in the Cardamomo flamenco joint when we went was mostly Spanish-speaking, and local people (of course) might tend to value their traditions as well. It's like going to a bluegrass festival, for example: the traditions are consciously preserved or even simulated. But the question of authenticity might be the wrong question, or not the only question, and traditions persist by conscious decision as well as by spontaneous expression. At any rate, the rhythms of flamenco remain some of the most astonishing and complex in the world, and even if we couldn't quite convince ourselves that we inhabited the 1950s or 1850s, we couldn't deny that we were in Spain.

In other words, the homogenization appears in complement to an emphasis—ever more conscious—on tradition. The more similar we grow to each other, the more we are fascinated by, and the more we are conscious of our traditions, and the more we value or need our differences. Big chunks of the world have been in the dialogue for hundreds of years now. The politics of world empire or the ubiquitous inroads of capitalism suck us into similarity or seek to erase differences. But that makes the differences all the more conspicuous and cherished.

I wouldn't worry about losing cultures like these, and capitalism isn’t exactly cultural genocide in most of its permutations. It uses or markets the differences. But that’s only possible because these differences are valued or needed. World culture, whether administered out of Washington, or Madrid, is incredibly boring and banal without the strange moments, the bizarre sub-cultures, a turn back to tradition, or even the backlash of nationalism.

It's still worth spending time elsewhere, and no elsewhere is merely everywhere yet. The homogenization is part of what drives the preservation or the reinterpretation of differences. The food on the Iberian peninsula is great, even with the fusion. And the light is different than it is in Baltimore. Everything, indeed, is different. Except the Internet girls.