Entrapped by his ego, the automaker’s tragicomic life was intriguingly dramatic. 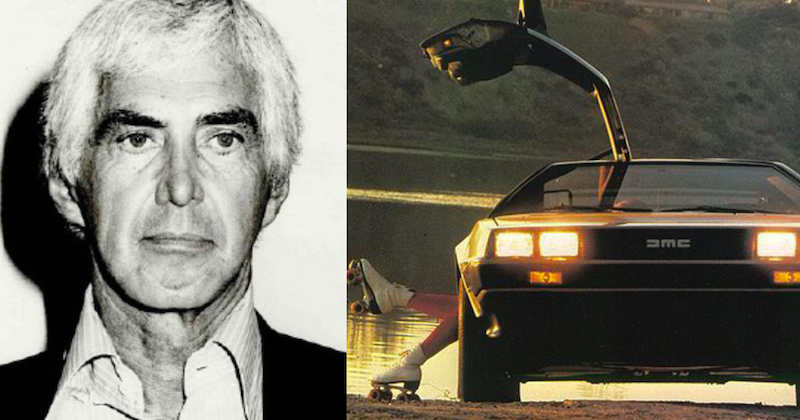 Framing John DeLorean, a mash-up of documentary footage about the automaker—best known today for the appearance of his wheels in Back To The Future—and a re-enactment of scenes from his life, featuring Alec Baldwin as John D., is an interesting exercise in deconstruction.

DeLorean, who died in 2005, was a former General Motors whiz kid responsible for developing the popular GTO muscle car for the previously moribund Pontiac line. An oft-married hipster (he left his first wife for the actress Kelly Harmon, then moved on to supermodel Christine Ferrare—that didn’t last either), he never fit into the staid Detroit culture, was forced out after clashes with upper management, and decided to show them up by starting the eponymous DeLorean Motor Company, featuring the ultra-cool hub-winged vehicle featured in the movie.

But he was a better visionary than businessman. After hiring uber-engineer Bill Collins away from GM, he abruptly dumped him when he relocated his business to Belfast, and brought in former Lotus Car founder Colin Chapman, who was more willing to go along with his sketchy financial schemes, including setting up a Swiss holding company to embezzle $17 million from investors.

But that was the least of his troubles.

In 1982, he made international news after being busted in an FBI sting at a hotel near Los Angeles Airport for allegedly conspiring to buy and distribute 50 tons of cocaine to finance his empire. Caught on videotape declaring that the coke “was better than gold,’’ the case seemed like a slam-dunk.

But celebrities usually get off in L.A. DeLorean’s lawyer, Howard Weitzman, who later rose to fame in the O.J. Simpson trial, successfully put the government on defense, arguing that his client had been entrapped, however willingly, by the federales.

I covered this for the late Los Angeles Herald Examiner, and saw DeLorean as a corrupt, amoral narcissist, so was prepared to dislike this film if it portrayed him as heroic. To the credit of directors Sheena M. Joyce and Don Argott, they do not. The title is more about the “framing’’ of DeLorean—how we see him through multiple lenses, including his son, Zachary, and daughter Kathryn, who are interviewed for the film, among others—than a condemnation of government tactics.

Then and now, investigators are intent on landing big game, and bigger headlines, but that doesn’t excuse DeLorean’s conduct, or make him a romantic “maverick,’’ as Zachary, living in a self-described “shitty little apartment,” makes clear, as he describes the toll the adventure took on his family.

Baldwin’s participation in the movie is a little strange. His heavily made-up eyebrows look more like former ABC newsman Sam Donaldson and his own misadventures with paparazzi and flight attendants come to mind disconcertingly, though that was surely not the intention. The whole sorry saga—bad boy makes good, then goes bad again—brings to mind other American allegories, a (less sympathetic) Jay Gatsby, or, more to the point, Donald Trump, who conned his way out of the real estate business and into television, then politics.

But John DeLorean had no sugar daddy to bail him out when things headed south. He died in disgrace, still working on yet another sports car pipe dream. The frame didn’t fit, and neither did he.