Why is it so hard to have a civil conversation? 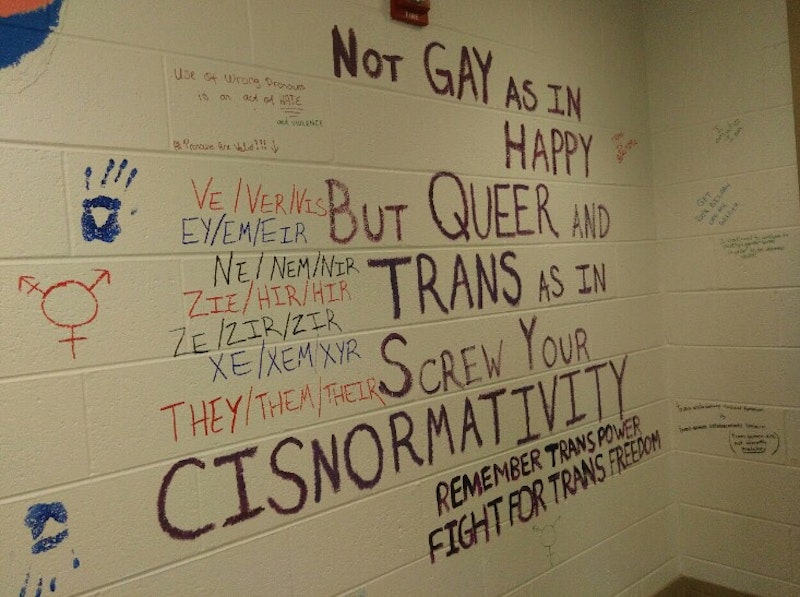 In 2014, webcomic artist David Malki published a comic strip called “The Terrible Sea Lion” and inadvertently gave a name to an Internet phenomenon. In the comic, a woman says, “I don’t mind most marine animals, but sea lions? I could do without sea lions.” A sea lion then starts following her, trying to “have a civil conversation” with her and demanding evidence to back up her opinion. The woman tells the sea lion to leave her alone, but the sea lion insists that she debate it. “You made a statement in public for all to hear,” says the sea lion. “Are you unable to defend the statements you make? Or simply unwilling to have a reasoned discussion?”

Welcome to the life of a marginalized person who can’t vent frustrations without somebody thinking it’s a call to start an Oxford Union debate!

I don’t know when it happened, but a lot of people believe that everything said on the Internet must be scrutinized and debated. I think claims should be examined to see if they hold water, even if the answer is, “Didn’t we already figure this out years ago?” However, some believe a personal feeling is the same as a truth claim. I’m on the autism spectrum and have a hard time understanding social interactions, and even I can tell the difference between the two!

I wrote on my Facebook wall that as a trans person, I don’t trust cisgender men. I don’t hate them, though; most of my cis male friends are very supportive. However, so many cis men I’ve trusted have turned out to be sexual predators and creeps that I feel like I can’t trust anyone. I was talking on the phone Saturday with my friend Sarah, a fellow trans person and atheist podcaster, who said she’s afraid she might be assaulted at an atheist conference someday. I didn’t say anything about what Sarah said on Facebook, though. Instead, I just said I don’t trust cis men because I’ve been hurt by so many of them in the past.

Shortly after putting that on Facebook, along with a plea not to do the “We’re not all like that thing,” my friend Tim commented and said not to generalize an entire group of people. He’s nice, but he’s one of those neoliberal #AllLivesMatter guys, so he thought I was saying all cis people are inherently evil. A bunch of my friends, including Sarah, tried to explain why he was wrong, but Tim wasn’t listening. He even accused my friends of bigotry, and told one person she needs to come up with better arguments. Eventually I deleted my post because I was overwhelmed by all the comment notifications. Tim eventually apologized and I forgave him, but also told him I hoped he understood that he was basically making it sound like my feelings were invalid.

And that’s why I hate sea-lioning so much. He thought he was having a “civil conversation” with me, but in reality he took my expression of fear and twisted it to make it sound like I was judging an entire group of people as evil. I’m starting to realize that people have done that for years, but I didn’t recognize it because I thought that was how social interactions were supposed to work. Since I’m a trans person, it’s my job to constantly educate cis people about what it means to be trans while at the same time bending over backwards to not hurt their feelings. I think that contributed to my drinking problem; I constantly felt like I had to drop everything I was doing in order to answer the same questions to the same people while keeping my cool so I don’t offend anyone.

Fuck that! I’m tired of people trying to tell me how to feel. All the sea lions that want to debate my experiences can just go away.