Comics: Not Just for Kids Anymore

The Claremont/Byrne X-Men are more adult, for better and worse. 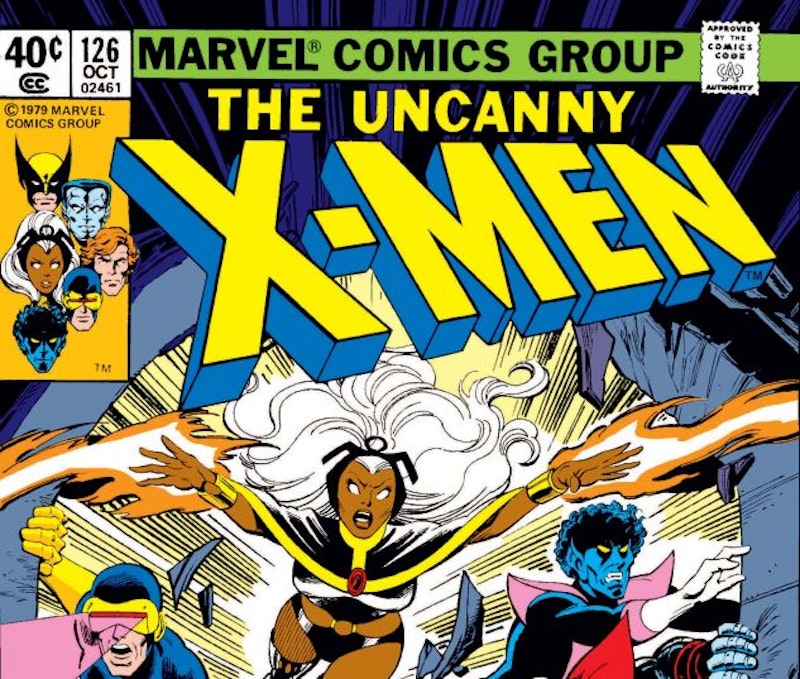 This is part of a series of posts rereading comics from my childhood. The last one on Captain Carrot is here.

"How Sharper Than a Serpent's Tooth…"

The Claremont/Byrne issues of X-Men are among the most popular and celebrated superhero runs in history. Rereading them along with other comics of the time, it's clear why people (including me at 10) were impressed. Many superhero comics of the time were clearly entertainment for very young kids. Hero personalities were mostly rudimentary; conflicts were low stakes and easily resolved. Storylines wrapped up in one or two issues. Superman comics in particular relished their own inconsequential absurdity. A typical adventure might involve the Man of Steel teaming up amiably with the imperfect Superman duplicate Bizarro to keep a villain from giving Jimmy Olsen superpowers. These were not stories to keep you up at night.

Claremont and Byrne's approach was different. Following on the tradition of Jack Kirby and Steve Ditko, the Claremont/Byrne X-Men featured characters who had distinct and somewhat believable personalities. Cyclops, the team leader, was a serious, dutiful, humorless stick in the mud, Colossus, the strong man, was cheerful and eager to please; Wolverine was bloodthirsty, while Storm refused to kill.

More, Claremont and Byrne manage to create a storyline that’s both logical and suspenseful. The X-Men act as a team, using something that looks like recognizable quasi-military tactics. Storm and Phoenix, who can fly, provide air cover. Colossus, the team member with metal skin, investigates a potentially dangerous situation first, since he's least vulnerable. And perhaps most impressively, the enemy they face has understandable motivations, and is formidable and frightening. Mutant X, or Proteus, is a mutant who needs to devour the bodies of others to live; he eats people's psyches, inhabits their bodies, and then moves on, leaving behind a series of dried husks. The storyline then involves the X-Men tracking Mutant X from dead body to dead body—potentially becoming victims themselves when they finally find him.

By the standards of other comics of the time this is excellent storytelling. It even holds up well compared to many of the X-Men films. Unfortunately, if you're not grading on a curve, it's still pretty mediocre. Claremont's dialogue is laughable; he distinguishes his characters' speech patterns by using clunky dialect or ham-handed slang. Wolverine is forever saying "bub"; Moira McTaggert keeps saying "och" to let you know she's Scottish. I'm not a huge fan of Game of Thrones, Breaking Bad, or Westworld, but in terms of complex plotting, character development, or simple horror chills, contemporary quality television shows are exponentially more sophisticated and thoughtful than old X-Men comics.

The real weakness of the comic is when it deals with sex. This issue of X-Men is part of the famous (or infamous) Death of Phoenix arc. In a subplot the villain Mastermind is using his psychic abilities to corrupt the most powerful member of the X-Men, Phoenix, aka Jean Gray. He does this by mentally drawing her back into a projection of the 1800s, in which she's a noble woman who you can tell is evil because she has sexual thoughts. In a Mastermind-controlled vision, Jean Grey finds herself engaged in a stag hunt, in which the prey turns out to be a naked man.

The Claremont-Byrne X-Men is more sophisticated than many other superhero comics of the time. But more sophisticated isn't necessarily "better." Comics about Bizarro or Captain Carrot and his Amazing Zoo Crew are trying to be amusing, light-hearted, and inconsequential, and they mostly manage it. The Claremont/Byrne X-Men is trying to be dramatic and edgy, and, the best that can be said is that it doesn't fail completely. In the next decade or so, Alan Moore, Frank Miller, Neil Gaiman, Grant Morrison, and others would follow up on the X-Men's lead, and create superhero comics that function as convincing pulp entertainment. Och, but X-Men #126 isn't quite there, bub.