Netflix doc The Toys That Made Us is a great behind-the-scenes look. 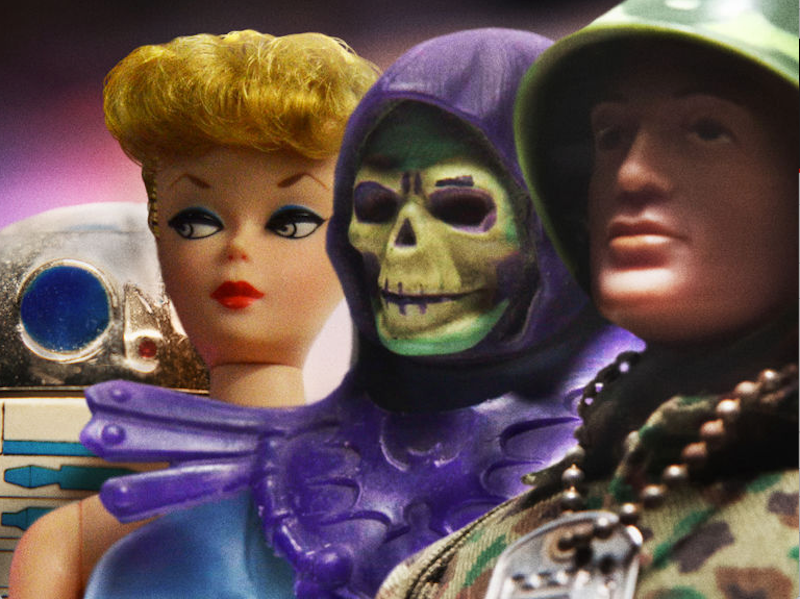 I'm not a huge toy person. I have some leftover action figures that are hanging around, but they're a relic from a distant past. I remember reading a bit about the collector's market, and the whole Amiibo craze of 2015 reminded me of this. But I still wondered quite a bit about how these toys were made, how they reflected the changing culture around them, and of course the hands that made these toys in the first place. It was this curiosity that attracted me to The Toys That Made Us on Netflix.

An eight part documentary series with four parts currently available, Toys paints a picture of the toy industry that demystifies the process. The first four episodes focus around Star Wars, He-Man, Barbie, and G.I. Joe and their impacts on the toy world. But it's not a dry process of just making the toys. In fact, the true meat of the series deals with the internal politics and the toy market's ever-changing landscape.

Star Wars looms over the toy industry to the degree that most toy lines were shaped by Star Wars. Indeed, everyone designing toy lines openly mention that they had to figure out how to handle the sci-fi juggernaut. But toy company Kenner's interplay with George Lucas not only shaped toys, but the entire Star Wars canon. Some of the toys expanded on Star Wars, existing outside of what was “on camera” in the main films. The prequels, aside from the consternations among Star Wars fans, were also toy nightmares After all, who wants to play out the scene where the galactic senate convenes about Naboo? The sculptor for Jar Jar Binks toys clearly hated everything he did.

But even more than Star Wars, Toys also deals with the people who made the toys. One surprising element was how much of their inspiration wasn't conjured up in moments of creative genius, but throwing things at the wall and seeing what sticks. He-Man was cobbled together from old figure lines in a process of “kitbashing,” and his entire media legacy was literally made up on the spot at a pitch meeting. Factory mistakes became mythologized, as in the case of a Luke Skywalker hair color change.

Other figure lines, such as Barbie and G.I. Joe had to contend with other cultural issues. Barbie has been dogged with controversy since the doll's inception, and G.I. Joe coined the term “action figure” to appeal to boys. The creation of She-Ra also showcases the gender dynamics present in the toy industry, making an appealing toy line for girls that uses He-Man's trappings. Ruth Handler's story, even beyond Barbie, is interesting in and of itself. Ultimately, the true appeal of Toys is learning about the people who shaped the toys we love.