The Michelle Williams Pay Gap Is a Non-Issue

Democrats focus on elite Hollywood issues rather than voters. 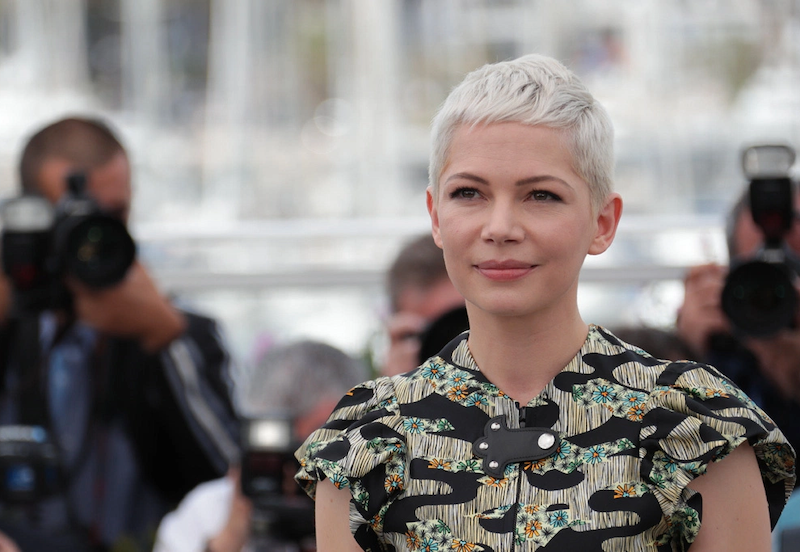 At the recent Golden Globe awards ceremony, the nation was treated to a show of preening hypocrisy as only Hollywood can do it. Movie stars convinced themselves that wearing Time’s Up buttons on their black dresses made them heroic warriors for justice as they protested sexual abuse in the film industry by men who happen to be fellow liberal Democrats. Actors Rose McGowan and Asia Argento, who started this new movement with revelations about Harvey Weinstein, were nowhere to be seen. Oprah delivered a rousing speech, and now she's going to be our next president and unite a broken nation. Everyone was feeling swell.

The high cratered when the news came out that Michelle Williams was paid .06 percent of what Mark Wahlberg made for the hurriedly-scheduled reshoots for their recently released Ridley Scott movie, All the Money in the World. Left Twitter blew its top before even a speck of dust had settled, which is par for the course. The only fact that was clear is that Wahlberg made $1.5 million on reshoots done over 10 days, while Williams pocketed the SAG minimum wage of $80 per day. Businesses where people are paid millions for a few days work are complex, but there's no time for subtlety on social media. This had to be another case of the patriarchal oppression.

Mark Wahlberg topped the Forbes list of the 30 highest paid Hollywood stars in 2017, with earnings of $68 million. Michelle Williams, while a significantly more talented actor than Wahlberg, isn’t even on that list. Film buffs know her name, but everyone knows Wahlberg, which is what counts in the salary negotiations. Actors aren't paid on a talent-based scale. Their earnings reflect their box office clout, period.

Those on the Democratic side often seem unfamiliar with the basic operating principles of capitalism. Movie studios are not in business to assure that there's no gender-based wage gap. The only gap they're concerned about is the one between earnings and expenses, so they pay what they can get away with. According to reports, Williams gave up her regular salary demands because she loves director Ridley Scott (“I worship him, would do anything for him.”), and felt bad about him being forced to reshoot all his Kevin Spacey scenes using Christopher Plummer the second time around.

Wahlberg was apparently less emotionally attached to the director. The actor, known for his hardball negotiating, took more of a “strictly business” approach in demanding an overtime bonus. He has since donated the $1.5 million to a Me Too charity in Williams’ name, making for a happy ending. Nobody forced Williams to work for scale, but it appears she was wronged by being given the impression that none of the actors would receive regular pay for the overtime, as Ridley Scott had publicly announced. Whoever's responsible for that is the real culprit here, not the Hollywood Boys Club. Many of the outraged were blaming Wahlberg for his greed, but none of them knew he'd taken much less than his normal fee to get this film made, nor did they know anything about his contract, which reportedly allowed him to make his controversial salary demand.

Melissa Silverstein, Founder/Publisher of women's activist group, Women and Hollywood, offered a typical feminist response to this issue. She tweeted that there was “an egregious pay gap between Michelle Williams and Mark Wahlberg,” without any evidence indicating gender was even involved in any way. Had the male equivalent of Williams, from a box-office-clout point of view, gotten stiffed, she'd have said nothing, even though that would have been equally unfair. Actress Jessica Chastain, who’s become an outspoken advocate for wage equality in Hollywood, tweeted about Williams, “She's a brilliant Oscar nominated Golden Globe winning actress...She deserves more than one percent of her male co-star’s salary.” In fact, there's been no talk of what the actress’ salary was for the film—the issue is the bonus for the reshoots. Facts tend to become casualties of emotions with these hot-button issues, and the activists get to shape the “truth.”

It's emblematic of the Democratic Party's shift from workers in the Midwest to elites in Hollywood and Silicon Valley that movie star pay issues energize them more than the lives of the masses barely scraping by. They have no single economic plan for all working people, having instead chosen to take the route of identity politics, which means categorizing potential voters by ethnicity or gender rather than income. With no real ideas other than complaining about pay differences between various groups, they focus on individual cases like this one, which in the big picture are drops in the ocean. Reacting to headlines like this will not help them win any elections.