We are seeing how the Internet impacts the physical world. 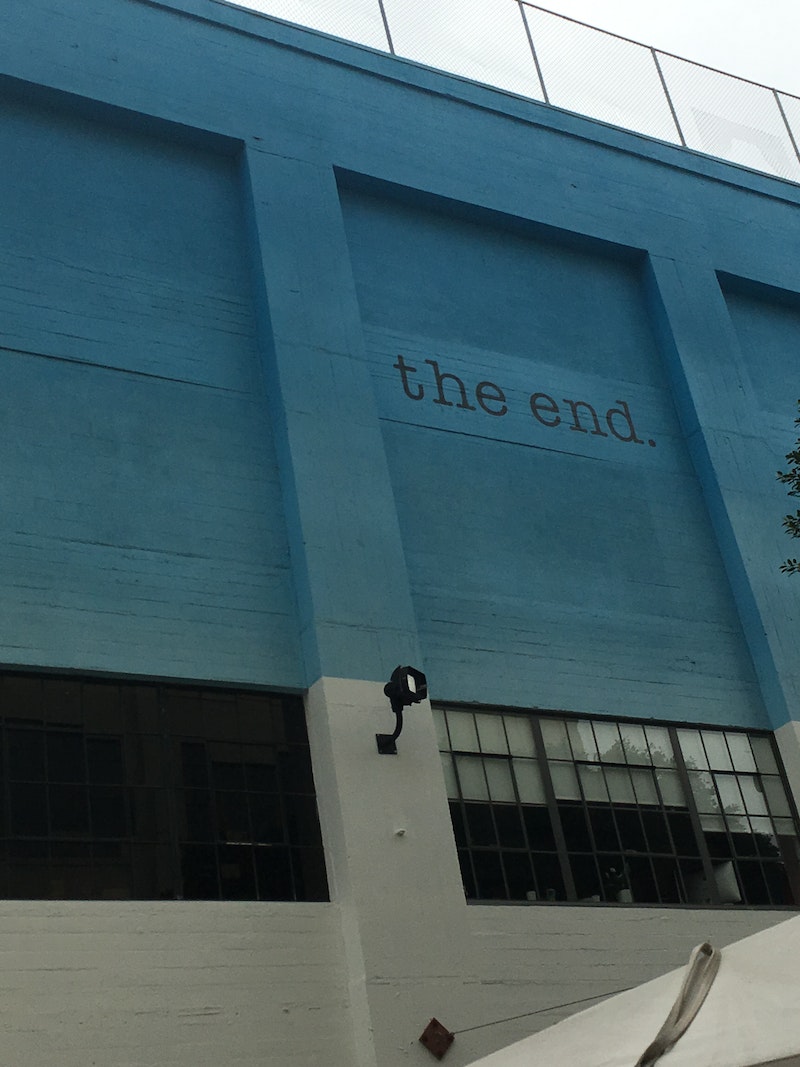 It rained in Los Angeles on the first Saturday of the year, which was a few days before I started my spring semester at USC. If it keeps up at this rate, that means it’ll be raining a little more than once a week, which is a frequency higher than how often it usually rains in LA—almost never, as locals say. This rate most likely won’t keep up, though. It rained for less than two hours altogether anyways.

While the sky was gray and hinting at rain, I went downtown to the Arts District since I hadn’t been in that area yet. I wanted to get coffee and read, walk over to a free art exhibition after a few pages of The Recognitions, then come home. The night before, a Timeout Los Angeles listicle recommended I check out Row DTLA, which is an outdoor complex of warehouses converted into stores and restaurants; so I browsed pictures on its website of what it looked like and decided to make that my starting point the next day. Maybe the cloudiness overhead contributed to my feeling this way, but in person, Row DTLA ended up creeping me out. As with many things you first learn about online, it looked nothing like the website. It was architectural catfishing.

Row DTLA’s looming, bright pink warehouses are oblivious to the immediate surroundings: bustling fruit, meat, and flower markets, as well as a large amount of the city’s homeless population encamped in tents nearby, in the vicinity of 7th & 8th Aves. This “anti-mall,” as associates of Row DTLA like to call it, was silent and desolate while I was there. A young woman passed and told me to let her know if I needed help finding anything, then she kept on walking. A little later, another woman asked if I was going to the bodega, or maybe she meant a place called Bodega—thrown off, I told her that I was just wandering around. I never found out whether the bodega/Bodega was real or not.

There was a clothing store claiming to provide “[e]dgy style for the future fashion icons,” written on its window. In front of another store was a sign listing the things they sell: “objects, furniture, tabletop, kitchen, bath.” Apparently the last four items aren’t objects. Also, they sell tabletop; that’s cool. Streams of light bulbs hung between warehouses over the sidewalks, but none of them were on. The lights were on in a room full of workout bikes, but no one was riding them. Written at the top of one wall were the words “the end” in a large typeface. On the parking garage, excessive greenery was flowing over some of the barriers, like a column of rectangular mouths all puking bushes. This place didn’t have a coherent, thoughtful aesthetic, rather a bunch of jarring, minimalist decorations all on display for the superficial reason of looking jarring and minimalist.

More and more often, we’re seeing how the Internet impacts the physical world, whether it’s ordering a Lyft or watching some kid in a Minecraft shirt dabbing while his mom’s busy loading the parking meter—or in this case, shopping at Row DTLA. In an essay for Real Life Magazine on Instagram minimalism, Tatum Dooley inadvertently provides a precise description of this Los Angeles kitsch-limbo, which might just be an Instagram filter physically manifested. “[A] minimalist backdrop suggests a life void of objects and clutter, a body void of excess calories, a mind void of troublesome thoughts and desires,” Dooley writes about the social media trend. “It suggests an evolution beyond material pursuits, while at the same time selling an excess of products. The de-facto aesthetic of embedded advertising promises that you can attain a life of beauty, serenity, and freedom from want by buying the innumerable objects advertised.”

Although people call it an “anti-mall,” in truth Row DTLA is just another mall. It masquerades as Efficiency since by placing the stores in warehouses, the implication is that this mall is cutting out the middle-man: You’re meant to believe that the objects (and supposed non-objects) don’t travel from warehouse to store, but straight to warehouse-store. One way of interpreting it, the sheer emptiness on Saturday was the apotheosis of this mall wanting to seem, as per Dooley’s phrase, “void of objects and clutter”—that is, minimalism at its most minimalist. The coffee I got at one of the cafes was decent, but everything else on the menu was too expensive, like $12 avocado toast. The rain started a few hours after I left, and it was dark outside by that point; I wonder if they finally turned on those streams of light-bulbs over the sidewalks.