The Problem with Reality

This isn’t the way people have always lived. 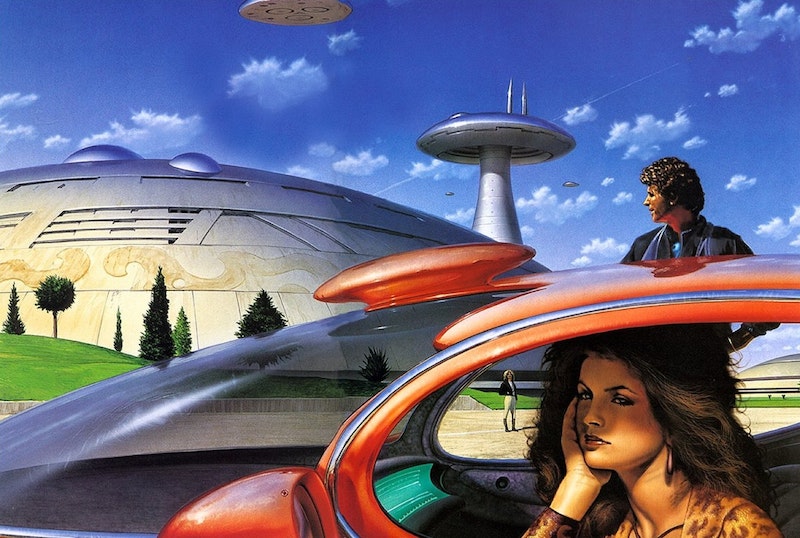 We’re conditioning ourselves to feel empty. Either this is true or modern American life is genuinely empty. When I say empty, I mean a ceramic mug with an invisible crack at the bottom which slowly drains any liquid poured into it. Emptying. We have to fight for our own attention. We’re bombarded by insanity and deception from our government. We’re told what to watch, read, and listen to. We scroll and click, watch and delete, and then wonder why we feel aimless. This isn’t the way people have always lived. The aimlessness isn’t new, but the mild awareness of an increasingly brutal reality around the world is. Information pours into our lives and we’re forced to confront, digest or completely ignore it. Most of the time, we watch something and then forget most of it. Only when something impossible to ignore happens do we genuinely notice.

Routines make life more manageable, and they’re more popular in cultures when efficiency is highly prized. We like to know what's coming next. Most jobs are filled with routines. Precise start and end times. This is less true today, with work-from-home alternatives, app-economy drivers and service work. The "freedom" to work whenever and wherever is an insipid fiction. True freedom means doing something because you genuinely want to do it, and not having to rationalize how great it is that you can do it without having to shower, or how awesome it is to work weekends instead of weekdays. A milder form of freedom is being able to leave work entirely at work. This form has been successfully eroded by technology. Even checking email is work, which is one reason why the most popular form of communication is text message.

The economic market’s only now about to reflect the stagnation most have known for the last several years. Jobs aren't the only way to see reality, though they’re the most obvious way we have of centering our life. For those who work long hours, “down-time” becomes precious. For those with children, it becomes sacred. But what do we do with ourselves when our time truly becomes ours? We tend to make bad decisions.

We become victims of bad habits. We sit with our devices and scroll. We eat too much. We slip into our own heads, tending to dwell. We lean on the Internet for entertainment. We bemoan how quickly our time elapses.

I remember binge-watching one of the middle seasons of Breaking Bad, probably in 2010, just a couple years after “On Demand” became popular. I distinctly remember the hangover. Breaking Bad was so good because of its intensity and character development. To be consumed with those characters for two straight days was enough to spin a stable person off their axis.

It was as if I’d broken something inside myself. Perhaps I’d broken the settings that my mother had enforced throughout my childhood and early teen years, regarding “screen time.” My mother, a second grade teacher, who has succumbed to her laptop and television screens upon retirement, believed religiously in limiting the amount of screen time we received as kids. Books and newspapers: yes. Television and video games: in small doses, and only after homework. As a teacher and father myself, I appreciate the idea, but I can’t imagine how she would’ve dealt with the era of the smartphone and social media. We binge-watch television shows. Netflix wins in part because we don’t recognize the power dopamine has over our choices.

We focus on a better political future because the current one is too gloomy to bear. We avoid the present. I’ve no issue with the desire to escape reality. It must go back as far as the concept of a shared reality does. We recognize limits and then we test them. That’s human nature. But this modern pattern doesn’t seem like a test of reality, so much as a desire to ignore it. Trump both embodies this desire and perpetuates it by creating a media diet that persuades many to either ignore our new reality or refuse to believe the media’s distribution of reality. We’re wading through an era of journalistic tumult, where the old gatekeepers of the news are gone, while Google and Facebook determine how and what we click, share, and perhaps even read. Keep it under 800 words, or the equivalent of five reading minutes. Anything more is a threat.

The desire to ignore this swamp may be individually healthy, but en masse, it’s a cancer to democracy. The last two years exist like a mosquito in the room, rather than showing us the crack in the foundation underneath the floor. That desire to ignore shouldn’t be ignored, but understood. Why have we become so conditioned to ignore the present? Are we simply bombarded with too much difficult or unsavory or unsettling information to take in, making us numb? What is it that we imagine we are missing out on?

Or are we simply slow to adjust to this new way of filtering data? The constant flow of images, scandals, tweets, and natural disasters. We’re manipulated by headlines and then shout into the abyss. What is it about the human condition that seems to tilt us toward a feeling of emptiness?

The restorative forces are still strong. We’re still drawn to nature, music and sports. We still prefer spontaneity to a script, but that spontaneity is threatened by so many options.