Gillette wants in on #MeToo because it wants to sell razors to the parents of teens. 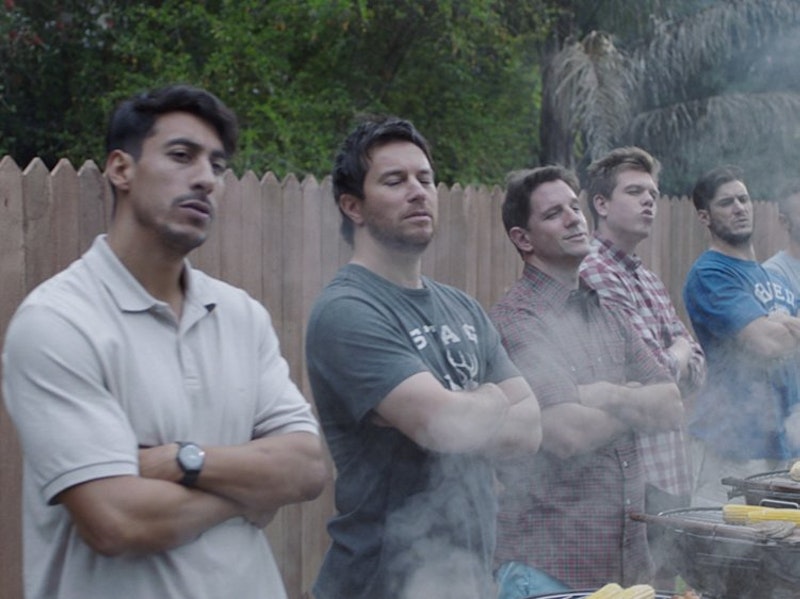 There was something off about that recent ad from Gillette. After spending a few seconds on a #MeToo montage, it shows men (and, in one case, a mother) shielding women and children from catcalls, bullies, and other ambient male aggression. Cleverly, the ad pivots using Gillette’s overly familiar tagline, “the best a man can get,” by asking instead, “Is this the best a man can get?” It winds up by asking men to be better.

The obvious problem here is that Gillette isn’t particularly involved in changing the culture of “toxic masculinity.” Are they paying for in-school programs to combat bullying? No. Are they funding women’s shelters or contributing to the Rape, Abuse, and Incest National Network? They’re not. The company is merely voicing its support for the #MeToo movement, and encouraging consumers to buy their product in return. This has already proved successful; the ad’s gone viral, putting a radiant Gillette in the national spotlight.

The more subtle problem is the response to the ad, which has been generally either adoring or else an attempt to police political ads in general. It hasn’t been thoughtful; nobody has analyzed what’s motivating the ad. The ad shows children: lots and lots of children. Children bullied in person. Children bullied via text message. This has nothing to do with the #MeToo movement, which put a spotlight on sexual assault and related forms of sexual aggression. It has a lot to do, however, with Gillette’s intended audience, namely parents and existing customers.

For existing customers, the message is simple: we’re keeping up-to-date. We’re not clinging to some decades-old model of selling mediocre, overpriced razors to path dependent consumers. How do you know we’re up-to-date? Well, because we care about #MeToo and bullying. Why does it matter? Because the subscription shave clubs, including Harry’s and Dollar Shave Club, are cutting substantially into Gillette’s consumer base. Gillette has filed lawsuits against every major company that sells razors through the mail, alleging either patent infringement or a breach of confidentiality. They tried suing Harry’s. They tried suing ShaveLogic. They tried suing the Dollar Shave Club. The judge overseeing the ShaveLogic suit commented, “A reasonable fact finder could conclude that Gillette had deliberately brought baseless claims in an attempt to bully ShaveLogic out of the market.” This new, symbolic gesture—updating the tagline—is Gillette’s attempt to play defense now that litigation has failed.

The second reason Gillette wants in on #MeToo is that it wants to sell razors to the parents of teens. That’s why the focal point of the ad is its criticism of the phrase “boys will be boys.” It’s already the popular wisdom, among marketers, that women pick their hair removal brands during their teenage years. I’m guessing there’s a similar study, of adolescent boys, that has recently made the rounds at Gillette. Teens are haphazard shavers: when they first start to shave, they may not want or need a subscription for razors. That means they (or their parents) are buying something ad hoc, from the aisle displays where Gillette still dominates the market. This ad is supposed to be the little push that clinches that sale.

While there’s nothing wrong with advocating sensitivity in an ad, there’s a great deal that’s wrong with a brand riding the tailwind of a spontaneous, non-aligned, grassroots movement for badly-needed change. I’m glad that Gillette wants to stand for the values it thinks I possess. But this looked desperate from the jump, and as soon as I saw the trail of lawsuits, my suspicions were confirmed. They haven’t done nearly enough to earn their intended pivot. To quote the company itself, speaking about Harry’s, “Clever marketing and repackaging store-brand technology... is just not enough, and men deserve better than that.” They do indeed.