If people who go to comedy shows expect moralism instead of ugly truths, there's not much future in comedy for women. 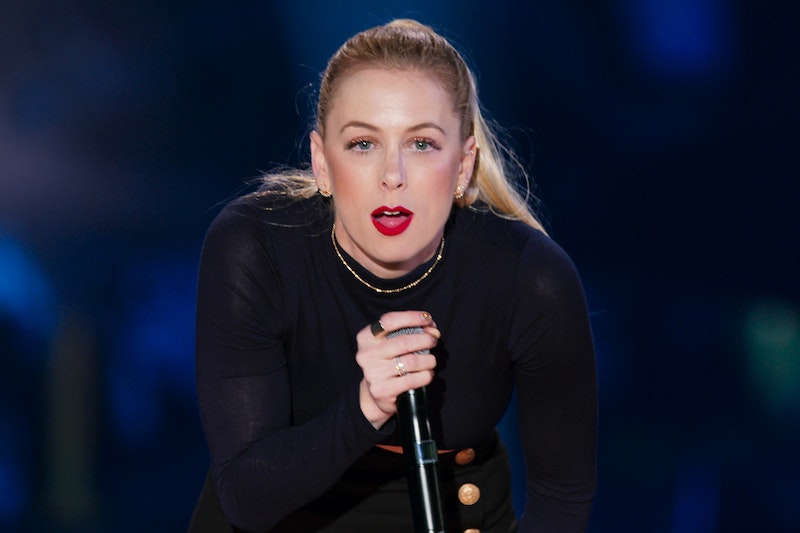 Iliza Schlesinger is a contender for today’s most successful comedienne. She has a special on Netflix, Elder Millennial—she's had many before and will have more. Few women get a lot of attention in comedy and it's easy to see why she does, since she's pretty, starving herself to perfection and showing her rib cage to prove it, and also very funny. She's teaching young American women how to interact with men or at least their own insecurities.

Famous comediennes talk about the war of the sexes more than male counterparts. Iliza, though a feminist, offers all-American observations about the dating scene in glamour-cities like Los Angeles. Such cities don’t help women marry—which is the purpose of her comedy. Instead, as she complains, cities prey on the unspoken desires of young women. Unfortunately, this leads her to an obvious paradox. Women put heroic effort into mating but they still mostly fail.

Iliza excels at mocking men as dumb and predatory. It's worth listening to her for the entertainment—and then again because behind the laughs there's a lot of sad stuff about what it's like to be a young woman, alone in a city, trying to get married and mostly failing. Iliza herself has succeeded, as she says, at 35. But if this were so many young women's experience of men that this comedy is popular—why would they even want to marry? Evolution is her answer. So it's easy to blame society, but nature is far worse. Unfortunately, Iliza, who calls make-up war paint, can only utter ugly truths that leave women unscathed. She grants women one moral flaw—insecurity—but she blames society for that, too.

Comedy’s supposed to tell ugly truths—we’re told comedians are transgressive, willing to say things most of us won't. Iliza proves equality with male comics in filthy language and pretends to reveal the dirty truth about women men idolize. Comediennes are forever proving equality in filth. But if the ugliest truth about women is they’re systematically victims—there’s no hope of happiness.

This burden of perfection means moments of insight are hidden in ideology. Iliza says women like to be noticed—but only by men they find attractive. It gets swallowed up in the laughter, but it's there—female vanity rearing its head. Why do all these young women agglomerate in big cities that kill their chances of happily mating? There are several remarks that suggest that at least women like her will not even consider unimpressive men. Good character goes unmentioned. She never makes any remarks about women being able to judge character—only to attract men they find attractive.

Iliza also flatters women that they're all perfect however they are, but then admits, maybe not perfect, but still, if you're happy, be you. What about women who aren't happy? The best she has to offer is, it's up to each woman to love her own body. That's weak sauce from a woman willing to excoriate society for every insecurity in the minds of American womanhood. It’s hippie self-actualization. But if self-help worked, women wouldn't be in the desperate situation she decries.

Beautiful women aren’t in the same boat as everyone else; nor are young women; nor yet successful women. Iliza was all three and she has no way of showing solidarity from experience. She can’t help but heap contempt on the average American woman, not only because of the privilege beauty confers, but because she's very clever, at least in comedy. Iliza admits the problem for women in America is how competitive mating and dating is, but she doesn’t have the guts to say women are their own worst enemy.

Instead, men must be blamed. Iliza's comedy depends on denying men have protective instincts or any capacity for shame. She's willing to portray men as predators of weak women, but unwilling to consider the class contempt in her example of strong women who don't get male attention, since they already have a Ph.D. and plenty of money. This makes sense if she's obsessed with social status and thinks of feminist equality as women being as wealthy as a very small percentage of men. But it doesn't make sense if we pay attention to the overwhelming majority of American men, who have no connection to that world of luxury.

Leaving aside fantasies about vastly wealthy women who outrun men who might chase after them, consider a more common example. Everyone who knows beautiful women knows that at least some aren’t often asked on dates, because young men are shy and they expect that such women will reject them. Men do have a capacity for shame; beauty can paralyze.

Iliza talks about marriage and children as natural desires, but never about what it is women might need from men. The idol, not of feminism, but simply of individualism, is so great that there’s no room to consider anything else. In her comedy, female insecurity can’t find any solace, comfort, or moderation in men who’re less insecure. Men are instead painted as morons who can’t tell that the women they love are going insane behind a facade of propriety and beauty.

I don't blame Iliza any more than I blame feminism. We have a social problem and react with moralism. There are laughs in her show, but the only moments of enthusiasm occur when Iliza stops doing comedy and instead makes vacuous moral statements: No judgment!, You're free to be you!, No woman should be harassed! Who disagrees with these sentiments? This is not transgressive or courageous. If people who go to comedy shows expect moralism instead of ugly truths, there's not much future in comedy for women.

Comedy for women would have to include a willingness to say what's wrong with women in America and not reduce problems to female victimhood. There’s enough in what Iliza has noticed to lead her to think that the way women compete in mating and dating is suicidal and soul desiccating. But she's unwilling to think or say that.