Insatiable Out of Place in Post-Comedy Era

It pushes progressives’ buttons, and they want the show canceled. 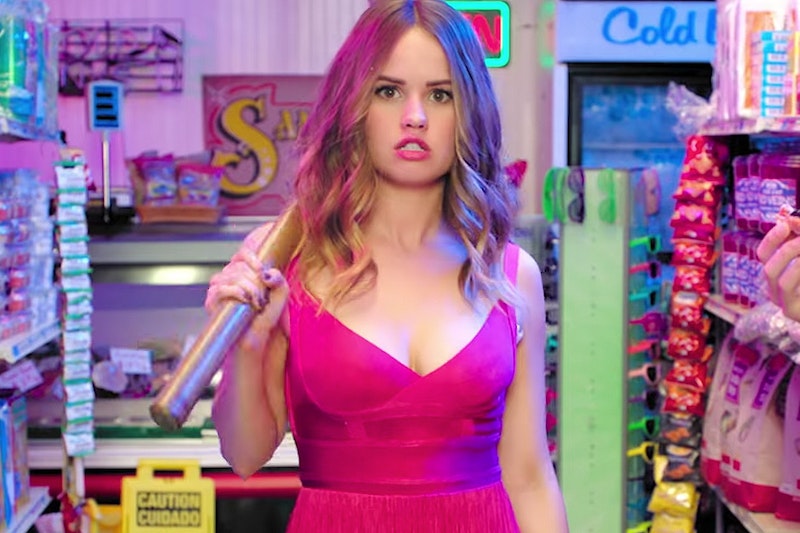 The new Netflix comedy series, Insatiable, which is out of step with comedy's current ascension towards seriousness, is about a high school girl who loses 70 pounds after having her jaw wired shut. The reborn, hot Patty's bent on avenging the slights that were once part of Fatty Patty's daily routine. With the mirror now stoking her confidence, Patty even becomes an eager contestant on the beauty pageant circuit.

I discovered the series after a woman on Twitter said that it was so offensive that people shouldn't watch it, which is a recommendation. Insatiable reminds me of some of actor/writer Danny McBride's work, especially Eastbound & Down and Vice Principals, in that offending people isn’t of any concern. Humor unbound by social norms and niceties offers added potential for laughs in the same way that conversations unencumbered are the most interesting.

Insatiable delivers in the laughs department, but critics are having none of it. The series doesn't address obesity with enough sensitivity. Comedy's main role, according to woke observers, has morphed into making the world a better place by shedding light on society’s faults. There's work to be done and comics, with their finely-honed observational skills, have to do their part.

Tellingly, Insatiable has an 85 percent viewer approval rating on the Rotten Tomatoes website. The great unwashed obviously haven't got the message that we've moved beyond their regular comedy fare. In a margin I've never seen before on that movie-rating website, the critics weighed in with a paltry 11 percent thumbs up. Indiewire's Ben Travers wrote that it was the worst comedy series Netflix has released to date. Sophie Gilbert, writing for The Atlantic, was troubled that “the message” is that “fatness is a state to be transcended.” Roxane Gay, who once said writers “should stay in their lanes,” wrote that the double-chinned Patty was “just television fat,” by which she means “not so fat.” Gay at least admits that there are some good laughs in the show, a nod to comedy of the old-fashioned variety her fellow naysayers weren't willing to grant.

The success of Hannah Gadsby's Netflix stand-up special Nanette, which comedians rushed to love, announced the arrival of the post-comedy era. The laughs are sparse, as Gadsby's more interested in offering wry observations about her upbringing as a lesbian in a conservative Australian town. Progressives praised Gadsby for making the case that comedy has many shortcomings when it comes to expressing pain, even though that's long been how the art form's been used. That's why Mel Brooks made The Producers, a comedy about Nazis. It's doubtful Brooks could get away with that approach in 2019. His nuance would fall upon deaf ears.

Post-comedy proponents are pretentious. They diminish the unenlightened who settle for delivering, or seeking, a few good laughs when they have an opportunity to join them on the right side of history. Post-comedy's a new club for the elite who reject the physical response of laughter in favor of more elevated satisfaction. Comics are now expected to use the insights that made them funny in the first place to tell a story or create a tone that allows them to bond with the audience in a shared experience towards a collective goal.

What the critics fail to grasp is that Insatiable's transgressive and campy, uninterested in delivering politically correct bromides. The show's creator, Lauren Gussis, has said she based the idea on her own high school experience as someone with weight issues, but she hasn't interpreted her experience “correctly.”

Patty’s determined to win the Miss Magic Jesus pageant. There's plenty of comic raw material to mine here, and Dallas Roberts, as “Bob Roberts,” stands out for his performance as a lawyer with a passion to be a beauty pageant coach. He's the real star of the show, and funny as hell. Disney star Debby Ryan, as Patty, is serviceable in her relatively undemanding role, but there are plenty of secondary characters to keep the laughs coming.

Gay wrote that Gussis has never met a stereotype she didn't like, but campy humor’s all about exaggerating stereotypes. She complains that there's no excess that the show won't indulge in, but that's the show’s point. It's set in Georgia, but it's a Georgia that in no way resembles life in an actual town there. It's a fictional place where matters of social justice are not part of the social fabric.

If you're able to push your sincere self aside, the series offers enjoyment. However, that requires that you’re able to view the series without thinking of all the opportunities it's missing to explore coming-of-age social ostracism and what it's like to be invisible and have your most important needs and desires go unsatisfied.

Or you can sign the Change.org petition to get the show canceled. To date, 236,000 have done so, so you'll have plenty of woke company. Perhaps the time's approaching when it will be unacceptable to make “irresponsible” and “problematic” art.