Will the Democrats Trust Me?

Considering my relationship with the party I recently joined. 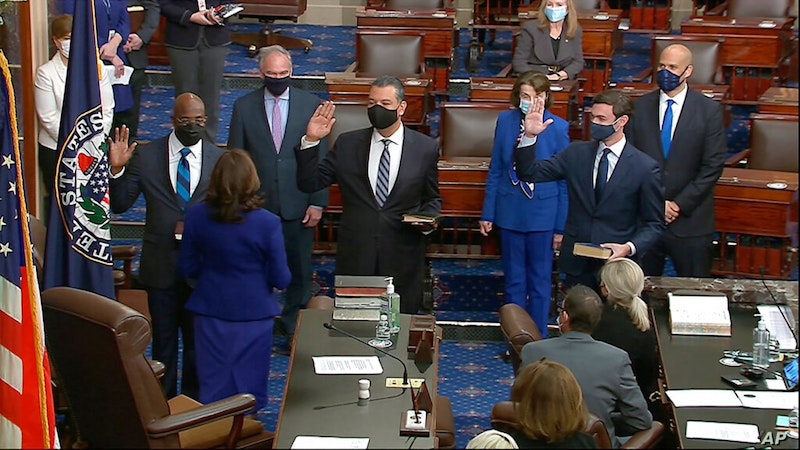 Recently, on Twitter, Splice Today’s proprietor suggested that Democrats will never trust converts from the Republican Party, like me and “the atrocious Max Boot.” I’ve been giving that some thought.

Thought No. 1 is “Why should I care?” On a practical level, my popularity in the party I recently joined doesn’t seem to matter much. I’m unlikely to run for office or be appointed to a political post. Nor am I among the high-profile political commentators—such as Boot—whose success and livelihood can be measured by their capacity to draw and retain a mass-market audience. A good thing about not having something is you don’t have to worry about losing it.

Such a utilitarian calculation, however, doesn’t capture all that’s involved. Humans thrive on relationships, including group affiliations. We want to feel a part of larger things, and want to be liked. In my teens and 20s, I affected a disdain for such needs; I was an individualist, a non-conformist; if you didn’t like my libertarian-conservative politics, that was your problem, perhaps based on some shortfall of knowledge or rationality. I loved Ayn Rand.

From a mid-life perspective, such staunchness looks like youthful hubris. I’ve changed my mind on various political issues, which doesn’t prove I’m right now and was wrong then, but suggests that the possibility of changing my mind is something I should’ve given greater weight. I might’ve also appreciated group dynamics as more complex than I’d realized. If you’re a non-conformist vis-à-vis some group, that plausibly means you’re conforming to some other group’s ideas. Furthermore, groups change, political parties among them.

My foremost problem with the Democrats, for several decades beginning with my first real political interest circa 1980, was that I thought they were insufficiently vigilant against foreign threats to the United States. I saw a tough-minded Republican approach as vindicated by events: that Reagan’s defense buildup was vital in ending the Cold War; that G.H.W. Bush in 1990 held a crucial line against Saddam Hussein’s aggression and a breakdown of international order. All of this, it seemed to me, was in keeping with the tragic historical lesson of how appeasement and isolationism not only failed to prevent World War II but enabled the conflagration to happen. (Of course, the 1930s isolationism I decried had been primarily a Republican tendency, but that seemed safely in the past; the parties had changed since then.)

That picture strikes me, even now, as broadly correct. The trouble was that it was a template that would show its limitations in the 21st century. The Iraq War under George W. Bush dealt a massive blow to the assumption that tough-minded Republicans were to be trusted on when to fight wars or how to do so. The Democrats, divided between support and opposition for the war, increasingly seemed to merit a second look as to their national-security credentials. A President Gore would’ve never made the Iraq blunder; and a President Kerry’s ability to wrap up the conflict, and with what consequences, will never be known.

My 20th-century template of vigilant Republicans versus lax Democrats fell apart further in the Trump years. We’ve not yet attained, and maybe never will, a thorough understanding of Putin’s possible role in getting Trump elected or influence thereafter, but what’s clear is that the recent Republican Party viewed those concerns with a languidness that the 1980s Republican Party would’ve found shocking. On China, the Trump GOP offers conspiracy theories and bellicose rhetoric but little coherent strategy to deal with a powerful peer competitor; the Democrats, with their emphasis on alliances, seem better prepared for the challenge.

At present, much political debate has little to do with national security, or with policy at all. A lot of it is just culture war, with much focus on the latest outrageous statement or anecdote. I find it hard to care about most of this. Insofar as “Wokeism” is supposed to be a reason why I should be wary of the Democrats, I’ll need greater evidence that this implicates the Party broadly, as opposed to a phenomenon among activists and academics that has generated heightened attention in right-wing media as a deliberate distraction from issues of policy and governance.

It’s plausible that there’ll be important policy matters where I’ll have sharp disagreements with the Biden administration and congressional Democrats. Levels of spending and debt may be high on that list, though concerns about that will have to be weighed against the insouciant record the Republicans scored on those subjects in recent years. On climate and other environmental issues, I’m strongly with the Democrats. On social issues including abortion, even in my Republican decades, I was generally at odds with the GOP’s agenda, and remain so.

On matters of electoral governance, both parties have engaged in gerrymandering, but the Republicans have entered dangerous territory in seeking to limit voting rights and increase possibilities for electoral outcomes to be overturned through post-election maneuvers. The GOP’s lack of interest in investigating the January 6 riot is of a piece with its lack of interest in investigating malfeasance in the Trump administration: partisanship over country.

As an ex-Republican, I may always be regarded as an outsider in the Democratic Party, though so far, I haven’t sensed any such attitude on a personal level or in reactions I’ve gotten to my articles. In any case, fitting in has its limits, and parties, like individuals, change all the time. Politics isn’t a place to make permanent attachments.