What Would Karl Marx Say about Cultural Marxism?

Base vs. superstructure on the young left. 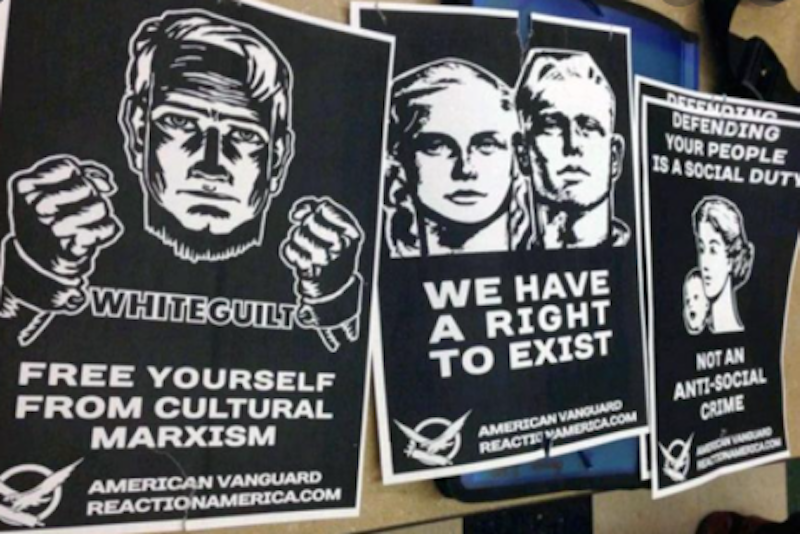 At first, when I heard the woke insults to free expression described as "cultural Marxism," I was irritated. It appeared to be a way for Newsmax commentators to yell "commie!" More interestingly, it rested on a complete misunderstanding of Marxism’s basic ideas, with which the woke approach and cancel culture's extreme or even exclusive focus on representations—words and images, statues and cartoons, and outfits and movies, Tweets and dark webs, role models and awards shows—is incompatible. But I've been basting in the history of Marxist theory for the past few months (working on a book project), and have concluded that there’s a story about how the left got from Marxist materialism to the postmodern notion that "Words matter.”

Once we tell this story, though, we might be in a position to find a more apt phrase.

I probably should hesitate to broach these topics at all, given that the Southern Poverty Law Center has described the very phrase "cultural Marxism" as a "conspiracy theory with an anti-Semitic twist." That claim is itself a sign of the wokeness; conspiracy theories are hatched by phrases rather than persons, and it's possible I could be called an anti-Semite even for taking the phrase seriously enough to try to diagnose or describe its meaning. That SPLC page and its ilk try to make the phrase "cultural Marxism" unsayable or taboo, in virtue of the fact that saying it means that you're an anti-Semite.

The distinctive feature of the sort of leftism that had been building since the Reagan era, that was current through a whole younger cohort by 2015, and has been consolidating as an ideology ever since, is its claim or its underlying assumption that representations create realities. Back when there were college campuses, various battles erupted over dated race/gender phraseology or wearing bad Halloween costumes. People at a certain moment watched Wonder Woman, Black Panther, or Crazy Rich Asians and asserted that "this changes everything," to the point where you got the feeling that racism and sexism couldn't survive a few more Hollywood blockbusters or fictional role models. Well-meaning liberals figured that Sesame Street and The Cosby Show had fixed all of this already. Remaking the pronouns, one is given to understand, can do a lot to fix transphobia.

Sometime in the last wave of unrest, it appeared the demonstrators were more concerned with fighting statues than statutes, or that the whole movement for social justice would eventuate primarily in renaming buildings and painting big yellow letters on the street in a sans-serif font. Though (thank God) many concrete reforms of policing have been proposed, I worry that the energy could end up expended primarily to control and create or impose approved modes of representation: this is the approach that has come to be called cultural Marxism by people on the right. You could see a repertoire of approved symbols emerging last weekend in the NBA restart, for example, and commentators paid tribute to the power of having "education reform" on the back of a jersey, which again changes everything, etc. That's one of the things that ended up compromising the outcome of the civil rights movement the first time around, which was more successful in teaching white people not to talk like racists than it was in addressing systemic inequality.

It struck me that the relentless emphasis on words and representations as a central cause, locus, or dimension of oppression, and symbolic action as the primary way to achieve redress or justice, couldn’t possibly be a form of Marxism. It's the opposite of what Marx and Engels called "historical materialism." We don't even have to wonder what Marx and Engels would say about chanting "words matter" or the notion that you're going to change the basic conditions of inequality with a superhero movie.

"In direct contrast to German philosophy which descends from heaven to earth," they write in The German Ideology, "here it is a matter of ascending from earth to heaven. That is to say, not of setting out from what men say, imagine, conceive, nor from men as narrated, thought of, imagined, conceived, in order to arrive at men in the flesh… The phantoms formed in the brains of men are also, necessarily, sublimations of their material life-process, which is empirically verifiable and bound to material premises. Morality, religion, metaphysics, and all the rest of ideology as well as forms of consciousness corresponding to these, thus no longer retain the semblance of independence. They have no history."

Here, as relentlessly throughout their careers, Marx and Engels attack the philosophical idealism of figures like Kant and Hegel, for whom the reality of the world derived from our representations of the world, rather than the other way around. This is the classic "base and superstructure" debate that has worried Marxists for 170 years or so; Marx and Engels assert squarely that the human symbolic order is always a result of the material conditions in which people live. In centralizing the transforming role of statues and movies and lingo, the new-new post-postmodern left has returned to forms of "German idealism" in this sense. One of the influences on this approach, Richard Rorty (who wasn’t a Marxist), specifically declared "textualism," or the idea that language creates or just is our reality, to be an updated version of philosophical idealism. Marx pitted his whole analysis against such approaches.

That's why, when I ran across the phrase "cultural Marxism" I figured they were just screaming “commie,” because the movement itself definitely wasn't working from historical materialism. It didn't occur to me that merely using the phrase is anti-Semitic, though I guess that possibility is always in play as one works on the history of Marxism; Marx and many of his most eminent followers from Trotsky to Adorno were Jewish by background, though atheist materialists by preference.

Marxist theory, as I’m coming to appreciate, has an elaborate history, perhaps as elaborate as non-Marxist philosophy, history, economics, and literary theory, 1848-2020. For a single person or set of thoughts, Marx and his thought have had profound effects all over the world (I don't think that's an indication of its truth, by the way). But by the same taken, the complexity makes the history messy, with many splinterings and reversals. There’s some sort of strand that might get you from Plekhanov to the Twitter police, but there’s a strand that could get you anywhere, really.

If I try to tell that story, no matter how briefly, I'm going to embroil some Jewish people, which I feel is neither here nor there. I'd say it's a history of Marxists who are particularly aesthetically sensitive, or who implicitly are trying to defend the significance of the arts and literature—which consist, after all, of words and representations—against a sheer economic reduction which would take them to result directly from class relations, so that if you understood Russian economics, you'd see how the novels of Tolstoy had to be word-for-word the way they were. Pretty much as the SPLC specifies, the story would begin with figures such as Antonio Gramsci (1891-1937), an Italian Marxist who tried to re-balance the base/superstructure model, thinking that the order of material production and the order of symbols interacted historically in complex ways.

Such thoughts were taken up in the Frankfurt School, especially in Walter Benjamin, Theodor Adorno, and Herbert Marcuse, who emphasized the allegedly revolutionary possibilities inherent in a continuous critique of the representations produced in a capitalist economy, which amounted often to an attack on the popular culture (commercial music and movies, for example) of their own era. Marx was central to their thought, but they by no means appealed to him as some unquestioned authority, and in many of these moves, they departed from him fundamentally, or elaborated him "dialectically" to reverse his insights.

The next wave (this is a simplified history) that gets us where we are today is the "postmodern" theory of figures such as Frederic Jameson in the 1970s and 80s, building on somewhat Marxist figures like Foucault, but also eclectically throwing in Freud (and the Freudian Lacan), specifically to deal with the symbolic or superstructure side of the matter, a mix re-applied somewhat later by Slavoj Žižek. By now, base and superstructure have been thoroughly reversed, and the symbolic order has reasserted its sovereignty over material reality. If Marx flipped Hegel over, Jameson flipped the whole thing back.

Even if we can tell some sort of story that sort of gets us from Marx to here, I don't think the phrase "cultural Marxism" is helpful, even if it's also not particularly anti-Semitic. But “PC” is very 1990s, and "woke" is getting really tired and also mutating into a right-wing term of abuse. I tried "new-new left" earlier, but that’s a bit lame. I'm taking suggestions: tweet me.