Sometimes a work of art is more than a racial allegory. 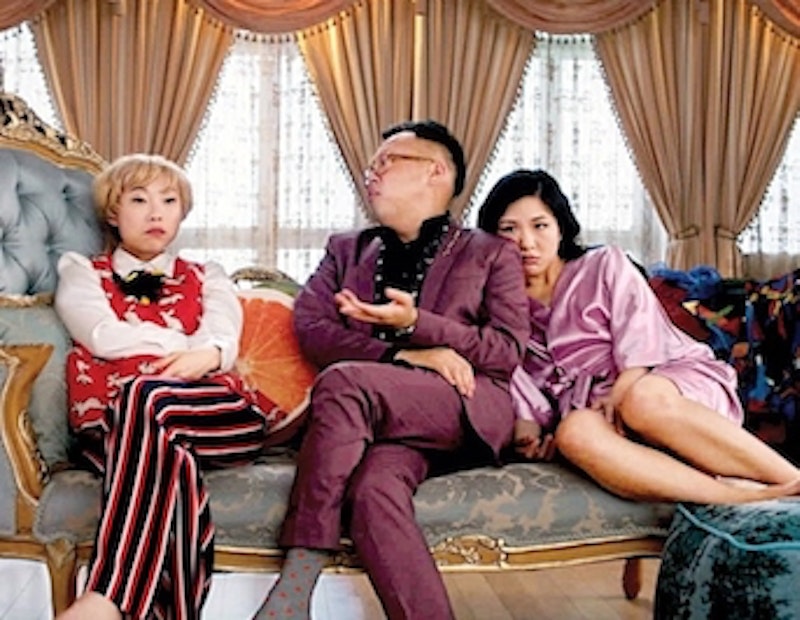 What would it have meant for me back then to see a girl who looked like me star in a movie? Not as the sidekick or romantic interest, but as the lead? Not just once, but again and again? Everything. There is power in seeing a face that looks like yours do something, be someone.

One of today's most popular and hence most repeated notions is that each of us watches movies or television in order to see "someone who looks like me." We are all, in other words, assessing each character in each fiction for resemblance to ourselves. And we experience this visual resemblance, apparently, exclusively in terms of the racial and gender groups to which we belong. That is, when people look, what they see first or only is race and gender. People who share a race and gender are then regarded as visually similar.

I'm going to attack the notion that this harbors liberatory possibilities, but for now let me say that race and gender have controlled and distorted your seeing, or more or less detached you from visible reality altogether.

I’m a white man, so if I went to the movies to gaze at people who look like me, and if I didn't see anything about people except their race and gender, I’d have had a lot of privileged viewing experiences. Burt Lancaster looks like me, Clint Eastwood, Brad Pitt. It's hard to know how one actually looks, but that may well be false. Also, I don't really feel like it helped me on my meteoric rise to power, and I'm not really sure of its long-term effects on my self-esteem. Perhaps my father's ridicule was more relevant.

Any objective assessment or reasonable algorithm would indicate that I look more like Ludacris than Brad Pitt. In a dozen different salient ways, I look more like Helen Mirren than Channing Tatum, alright? When you go to the movies and think that the stars look like you because you belong to the same race, you may have ceased to see what’s actually there. You’re not actually seeing how people look, or seeing them at all, except as a representation of a racial category.

Overall, few of us look much like the movie stars of our own race, and sometimes a work of art is more than a racial allegory.

Everyone from Millennial bloggers to aging professors seem to talk this way now, without manifesting any awareness of the excruciating problems. A typical piece in The Huffington Post rolls it out under the auspices of social science:

“For the underrepresented, seeing a character who looks like them can have a limiting effect if that character is restricted to behaving only in certain ways, which don’t reflect the breadth of their life’s experience. If you are a black, Asian or Latinx person who sees an ‘inauthentic’ or ‘one-dimensional’ version of yourself, [UCLA Professor Ana-Christina] Ramón explained, you ‘may wonder if that is all that is expected of you in society.’”

What I'd be concerned about here is not only that their seeing is distorted but that they’re operating on a theory of the human self which they’re assuming rather than trying to establish, and which is obviously false. They see little about people, even themselves, except that they’re representatives of their race. Each person I see on the screen that shares my race and gender, according to them, I interpret as "a version of myself." Or, they put it more strongly, each white man is a version of myself. I don’t know why anyone would believe something like that, or how, or whether that might affect their self-esteem down the line. Self-esteem, of course, is the unquestioned goal of all representational activities, or perhaps of human life; it’s the world-transforming power. I don't think it does much of anything but make you feel better: nice, but not the only purpose for experiencing the arts.

And possibly—just possibly—I could see aspects of my own experience or my own self in a female character, in a black character, in an Asian character. And vice versa, even if I’d find it difficult to wear my hair like they do.

You can keep saying that representations matter and that seeing some sitcom meant absolutely everything, but I’d like to see some actual evidence for this effect. I don't want evidence that you felt strongly after you left Wonder Woman or Black Panther; I believe you. I want evidence that items like that, whatever their box office, have some effect on gender or racial justice, as all these people keep saying flatly that they obviously do. Because I think they don't. Those movies didn't change anything, really. But that’s not what they were for: they were trivial, albeit gigantic, entertainments. More power to them, but that doesn't make them into Rosa Parks.

Meanwhile, my identity isn’t exhausted by “white man.” I'm pretty different than a lot of white guys. And your identity isn't exhausted by "Asian woman," which in turn is not a matter of the fact that all Asian women, any more than all white guys, look like you, or me. So what I'd say is, first, work on becoming someone distinctive and not a sheer demographic pastiche. And for God's sake try to see things in people or even fictional characters besides the boxes they check on a census form.