In speech battles, better to get sued than regulated. 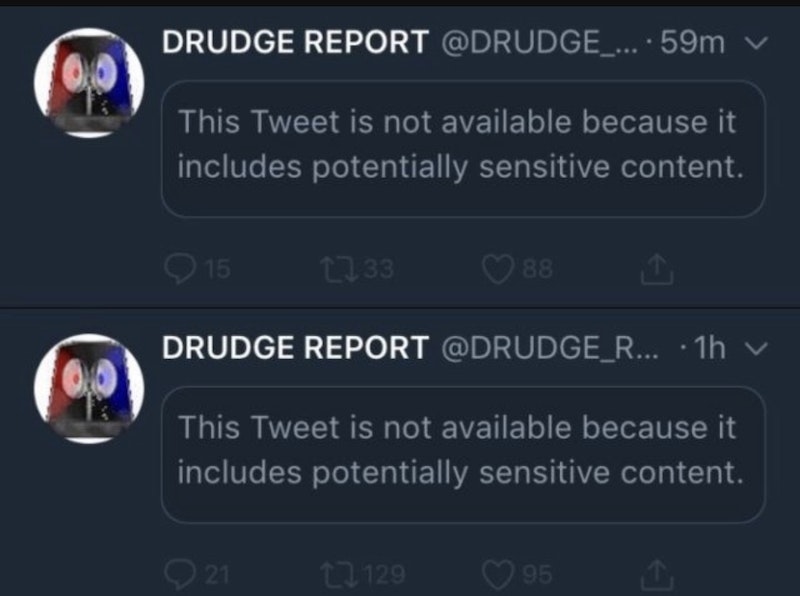 The temptation to solve problems through government action should vanish the moment one glimpses government in action.

For instance, one can understand the temptation to combat arrogant and censorious tech companies through regulation, but in recent Congressional hearings on tech, two representatives, one Democrat and one Republican, seemed alarmed that their campaign emails are ending up in people’s spam folders. That’s the kind of “problem” that will end up “solved” if you let government intervene, and it’s telling that was the politicians’ biggest worry.

Much as one hates to encourage lawsuits, they’re a more fine-grained tool than legislation, so I’ve long said that critics of Big Tech should focus on class action suits in cases where companies were clearly deceptive. Fraud is bad. But so is regulation. Punish specific fraud through lawsuits. But don’t simply threaten any annoying, presumptuous, unregulated behavior with the ham-fisted weapon of regulation.

Patreon looks like it’s on the verge of learning a harsh lawsuit-induced lesson about the limits of censorious behavior, since it appears it may have to pay court costs to customers who were reduced to suing the platform to get back money they tried in vain to donate to the anti-Semitic conspiracy theorist Owen Benjamin. Exclude anti-Semites or whoever else you choose, but don’t lie about it or use it as an excuse to keep people’s money.

Customers have to be able to make informed decisions, even if they reveal themselves in the process to be creeps you don’t want to deal with in the future. (And I’m not saying all the customers in this case are creeps—many probably just consider Benjamin funny, persecuted, or contrarian.)

Lawsuits, like legislation, can go too far. Alan Dershowitz is now threatening an embarrassing lawsuit over a fictional character on CBS calling him a “shyster” in one episode for defending the likes of Jeffrey Epstein. No one calls Dershowitz a “shyster” and gets away with it, he threatens. But I’m pretty sure fictional characters, even on a show I’d likely hate, can say almost anything they like. I’d hate to see that artistic license limited either by lawsuits or regulation (in anything but the rarest, most egregious, and libelous hypothetical cases).

None of the above means I think you have to just sit there and like it if, say, Twitter behaves unfairly. The world recently watched in real time as a socialist journalist posted photos of rich people’s homes to show how decadent and evil they are, saying “Eat the rich,” without Twitter punishing him, then watched as another journalist (from the New York Post and anti-socialist) posted photos of the hypocritical first journalist’s own lavish home but got banned for it... then was told by Twitter the ban was some sort of unexplained “error” they had corrected... but then got banned again for the same thing.

To add biased insult to censorious injury, Twitter technically banned the Post journalist the second time for posting the same photo and making the same point as the unbanned socialist, namely that James Carville has a lavish house despite lambasting the rich. Yet despite flagrant bias like this, Twitter’s legal issues exec Vijaya Gadde can spew for hours about how fair they are, how hard they think about all these issues, and how perplexing the mysterious “mistakes” are—which are always quickly remedied, she assures.

Similarly, one of conservative actor James Woods’ multiple temporary suspensions from Twitter occurred merely because he tweeted the same photo of meth-addled Democrat politician Andrew Gillum that had already been shown by numerous mainstream news outlets. (He was once suspended for an obviously-joking tweet instructing feminist males, on behalf of Democrats, to avoid voting so that women’s votes will carry more weight. I had to delete my own retweet of that one in order to unfreeze my Twitter account, in fact.) Twitter may pretend to have elaborate fairness rules, but mainly it seems they flip out if they think you might cost the Democrats some votes.

To be clear, though, just as I don’t recommend regulatory solutions, I’m not saying that you can sue people merely for being politically biased, only that you can sue them for misleading customers or violating contracts. Whether left-liberalism was an immense, centuries-spanning philosophical error that must never be allowed to happen again is a question that must be hashed out in venues other than a courtroom or legislature.

After all, if conservatives were to start policing political biases themselves with either regulation or lawsuits, it’s by now safe to say, for example, that they might have to fine Matt Drudge. It appears lately that Drudge wants to take down Trump—as do many other conservatives and libertarians, so I sympathize. But why Drudge and why now? Might it be that Drudge, as a gay Floridian, sees Trump’s cavalier-sounding (though in the end fairly conventional) handling of the corona crisis as, in effect, AIDS-in-the-1980s 2.0, another plague arguably not taken seriously enough in its early stages?

Drudge doesn’t just panic about leftist government. He tends to freak out about eco-catastrophes and the like as well. Perhaps he fears Trump is fiddling while God sends hurricanes to destroy us, to mix metaphors. In any case, Drudge surely doesn’t think red, all-caps headlines like “TRUMP FLOATS ELECTION DELAY: CLINGS TO POWER” are helping the candidate who used to be his guy.

Most arguments and biases, from whichever cultural or political direction, are still best met by counter-arguments and clashing biases, in the tech era as in the earliest days of the printing press. Ironically, Twitter announcing it will take down right-wing tweets might be the simplest, most honest way to stave off lawsuits, regulatory action, untold hours of wasted time for conservative Twitter users, or mounting political rage.

Then again, Twitter (and similar platforms) may want to waste people’s time, especially the time of people with whom they disagree politically. Figuring out if that’s true, though, will require more sophisticated, nuanced studies than we’ll likely get from the peeved anti-spam-folder czars.