The Two Faces of the Democratic Party

Liberals have to fight to save their party from radicals on the left. 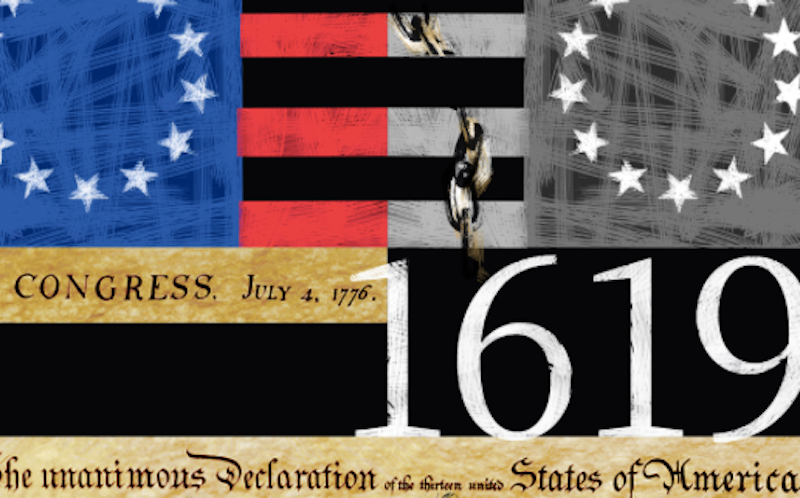 The split is between traditional liberals, long the core of the Democrat base, and the left-leaning progressive wing, which rejects long-held liberal values such as free speech that’ve defined the party for decades. It's now the libs against the wokes. Think of Joe Biden versus Alexandria Ocasio-Cortez, or Nancy Pelosi vs. Ilhan Omar. Using books, it's Ray Bradbury's Fahrenheit 451 vs. Robin DiAngelo's White Privilege; the magazine equivalent is New York magazine vs. Teen Vogue, which recently retweeted this: "While we're working to abolish the police we must also abolish what the police were put here to protect: property. What is more evident (sic) of the legacy of settler colonialism and its violence than the idea of ownership of land." Teen Vogue is owned by Conde Nast, a publishing giant and purveyor of global luxury with annual revenue of about $1 billion. It’d be interesting to hear what the firm's CEO, Rodger Lynch, thinks about one of his titles calling for his house to be seized as state property.

Liberals support capitalism, albeit with government management and safety nets, so they need to pay attention when Teen Vogue, which has recently become a prominent progressive mouthpiece that spells it out like this—no more private property. While there's pressure for liberals to endorse Teen Vogue because the magazine speaks out against racism and inequality, it's calling for measures that are way beyond what the average socially conscious liberal is comfortable with. If liberals allow themselves to be pulled far enough left, they'll fall out of touch with the principles that’ve long defined them. They'll start basing all their opinions on what benefits the greater good, and on people's "feelings," losing track of the inherent rights of the individual.

Liberals have never been advocates of violent protests, but progressives are pressuring them to remain silent on the violence of the recent street protests. U.S. Rep. Jerry Nadler (D-NY) is one liberal who's given in to the pressure. The Brooklyn congressman recently characterized the violence in the ongoing Portland protest/riots as "a myth," but it's not a myth that protesters recently pointed lasers at the eyes of three federal agents, and that most likely they're now blind for life, a major story that the MSM paid little attention to. Liberals excusing, or denying, such depraved violence should think hard about what direction that’ll take their party in.

Liberals recently lost a battle to progressives at The New York Times when James Bennet, editor of Times' editorial page, resigned in June after publishing a controversial op-ed by Republican Sen. Tom Cotton calling for federal troops to be used against the street protesters. Some of the younger Times staffers tweeted, "Running this puts Black @nytimes staff in danger," and you knew the gig was up for Bennet, even though it was ludicrous to claim the op-ed posed any danger to African-American staffers. Those tweets were strategic, not genuine expressions of fear. The staffers who tweeted knew the effectiveness of playing the victim card.

The Times' newsroom is divided into older liberals who tolerate diverse opinions, and younger progressives obsessed with the idea of feeling "safe," which often means suppressing opinions that upset them. Editorial decisions at the newspaper are now made with the delicate feelings of the progressive contingent in mind. The Times' 1619 Project, an endeavor that's more editorial than factual, is a triumph of progressivism over liberalism, but also an example of how pushback can succeed against the hard left's propaganda. The project's central premise is the idea that slavery was “one primary reason the colonists fought the American Revolution,” but the Times was forced to correct this key error, along with several others. Faced with overwhelming evidence of the project's inaccuracies, its creator, Nikole Hannah-Jones, is now trying to gaslight the public regarding the original assertions she made. The 1619 Project, she said, "never pretended to be a history," which is odd because she'd previously claimed on Twitter that her project is “American history, not black history." Unfortunately, some of the largest American school districts have taught her editorial project as history.

The recent "Harper's letter," signed by more than 150 journalists, authors and writers is another example of pushback against the censoriousness of the Left and its cancel culture. Radicals like Nikole Hannah-Jones and Robin DiAngelo, author of White Fragility, assert that America is defined by its past failures. To the leftists of the Democratic Party, Western history is a story of unrelenting violence, racism, and greed that teaches no positive lessons. Its legacy must be erased, and that goes beyond tearing down statues of Christopher Columbus. But as the forced revisions to the 1619 Project prove, it's possible to make radicals walk back their wild assertions. That's the job of liberal Democrats if they want their party to use the lessons of the past to find solutions for the future instead of constantly apologizing for the past and pretending that we've made no social progress in the past five decades.