The AP’s style guide change to “Black” betrays a patronizing and wholly aesthetic outlook on racial politics and reparations in America. 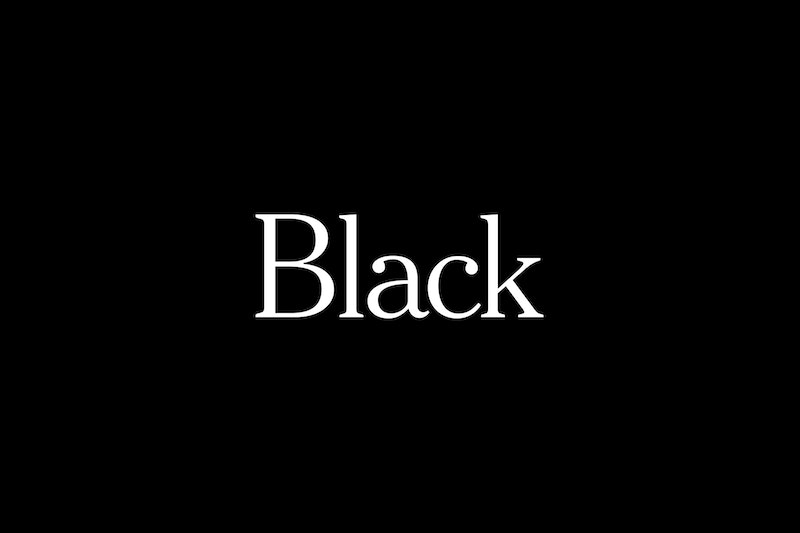 On June 19, the Associated Press announced they were making a couple of changes to their widely used style guide: “Black” would now be capitalized when referring to a person, as well as “Indigenous.” The Seattle Times and The Boston Globe had already made the change late last year, but since the AP’s decision, it has become the new standard.

John Daniszewski, the AP’s Vice President of Standards, said, “AP’s style is now to capitalize Black in a racial, ethnic or cultural sense, conveying an essential and shared sense of history, identity and community among people who identify as Black, including those in the African diaspora and within Africa. The lowercase black is a color, not a person. These changes align with long-standing capitalization of other racial and ethnic identifiers such as Latino, Asian American and Native American. Our discussions on style and language consider many points, including the need to be inclusive and respectful in our storytelling and the evolution of language. We believe this change serves those ends.”

Besides making the announcement on Juneteenth, conflating the emancipation of slaves with semiotics, the uppercase change is one of the most nakedly lazy and useless gestures made towards minorities since the uprisings in the wake of George Floyd's murder on May 24. Black squares on Instagram, renewed “cancellations” of famous dead racists like John Wayne, tearing down tin statues of Confederate generals put up in the 20th century, and the evergreen “calls for diversity” in workplaces of every kind.

Because of the pandemic, the righteous anger and violence in late-May was quickly sublimated into corporate mush, with “BLACK LIVES MATTER” signs neatly distributed to cooperating suburban homes occupied by people who “would’ve voted for Obama a third time” but call the police whenever they see a black person in a hoodie on their street. Every day I’m astonished at how many otherwise smart and skeptical people are falling for the most condescending, patronizing, and outright insulting gestures made in the absence of real reparations for Black people in America. Germany’s post-war reparations to the Jews was exemplary: go to Israel and show me a car that isn’t a Mercedes Benz, find me a street in Berlin or Frankfurt without some memorial or acknowledgment of the Holocaust.

As I’ve written many times since 2015, Black Americans live in a slow-motion holocaust that hasn’t ended. Come to Baltimore and tell me that architectural racism isn’t real: there are no grants or outside investors coming to the food deserts and bombed-out blocks of the city long forgotten by the government and bourgeois liberals sequestered in the suburbs or high above the masses in luxury condos. These are the people clamoring for a capitalization.

The AP’s announcement quoted Doris Truong: “It’s certainly long overdue… It’s something that people who are Black have been calling for for a long time.” Truong is the training and diversity director at a think tank of the Poynter Institute. David Lanham, communications director, said, “Not having a capital letter has felt disrespectful] There is a shared cultural identity with Black Americans and that goes through our shared experiences. That also goes to the lack of geographic history as a result of slavery.”

The announcement also said, “The AP said it expects to make a decision within a month on whether to capitalize the term white. Among the considerations are what that change might mean outside the United States.” Six weeks later, no decision has been made. And that’s what kills me. There was no thought put into this, and to suggest that this is some great victory or “a domino that has fallen” as Lanham said is insane. A domino falling in America would be reparations checks cut to all descendants of slaves in America. Another domino would be commissions for statues of famous Black Americans sculpted and installed by Black Americans. Reparations cannot be entirely symbolic; this is like getting excited over croutons.

Real reparations for Black Americans would cost a lot of money, but even trickier would be convincing the country to really face its own past and how we are all implicated simply by dint of being born here and living “on the grid” in the United States. This computer was built by Chinese slaves with parts mined by Congolese cobalt miners. “There is no ethical consumption under capitalism” is a cop out—while feckless leftists busy themselves with doxxing racists and right wingers, capital’s rape of the vaults continues with more and more wealth transferred to the richest of the rich during this unprecedented pandemic. If they had any sense at all, they would not be calling for the head of Tucker Carlson, but marching on Washington and demanding unemployment benefits be extended, and that stimulus checks should continue to be cut until COVID-19 burns itself out on Earth.

Of course reparations are complicated by how long the United States has put it off, either actively or passively, and when white people ask, “What did I do to you?” Well, you’d have to be willfully naive or disingenuous not to admit it’s a little confusing for most people. If only Reconstruction wasn’t sabotaged, the layperson may have a better understanding of how the slow motion holocaust of Black people never ended in America. That’s a reckoning that needs more than typesetting to address.

The logic behind the AP’s decision only makes sense if it also makes “White” uppercase. The fact that they haven’t done that and that no one has questioned them after six weeks bothers me, because it shows that no one really cared about accuracy in journalism in the first place. They just wanted a good headline and a pat on the back. If anything, “White” deserves more of a capitalization than “Black” precisely because of its fungible, malleable, and insidious nature: ethnic groups like the Irish, Italians, and Poles were not considered white for much of the 20th century in America and were slotted below the bluebloods and above Black people. “White” is a social status, not an ethnicity or a class—leaving it in lowercase reinforces the poisonous idea that the white experience is “default.”

The AP’s suggestion that capitalizing “White” would have different implications across the world is bizarre—it’s the other way around. “Black people” in America have a very different history than descendants of the African diaspora in Europe, or people in the Dominican Republic or Madagascar. “African-American,” while clumsy and inaccurate as a catch-all, was closer than this new chic “Black,” an aesthetic change made in the absence of any real reparations.

Capitalizing both “Black” and “White” is the only thing that would make the AP’s decision coherent. Otherwise, it’s an insult, an absurd joke out of The Simpsons, borne out of zero effort and even less thought. It suggests that the AP believes that capitalization is inherently better, and to capitalize “White,” even if it is to reinforce the malleable character of the term and its insidiousness through history, would be to aesthetically “give in” to… whom exactly? White supremacists? “Boomers”? “White” should be capitalized not because it’s “better,” but precisely because of its pervasive negative qualities and effects—and again, by the AP’s own logic. Are they still “making the decision”? Something like this shouldn’t take six weeks.