Joseph Kennedy III has no reason to run for the Senate except vanity. 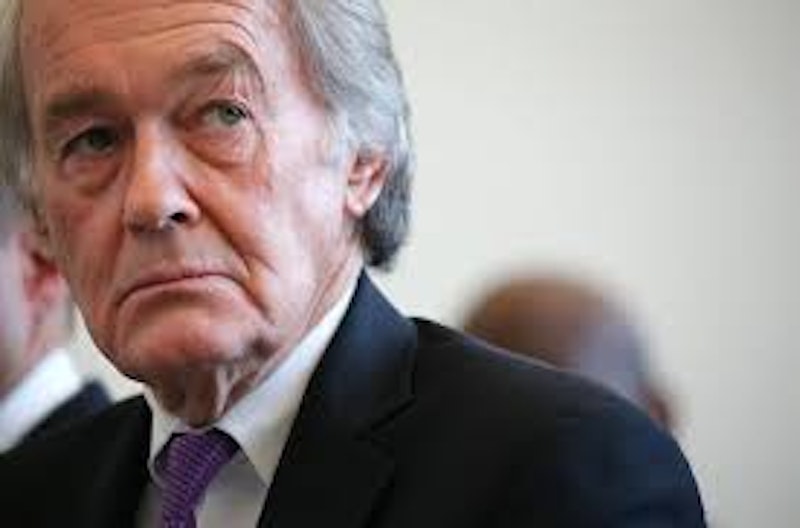 The biggest election in Massachusetts this year might not be in November. One could argue it's in September. The presidential election is supposedly bigger than primaries for statewide offices and Congressional seats, but we already know how November will go in the state. Democrats will have a clean sweep in Congress, Joe Biden will win the state overwhelmingly, and Republican Dean Tran will probably lose his state senate seat, potentially giving Democrats 37 of the 40 seats.

The ranked-choice voting ballot question in November is interesting too, and something I vehemently oppose. However, the Sept. 1 Democratic primary between incumbent Sen. Ed Markey and Rep. Joe Kennedy III is the biggest election. If some Republican or a Democrat flips a seat in the legislature, that doesn't do much. Democrats have a supermajority already, but the Robert DeLeo’s of the world must not realize it because they could override the governor and pass whatever they wanted if they had a unified party. That's not the case when there are suburban moderates and Cambridge socialists in their coalition.

When Kennedy announced his run last year, I said it was pointless. Kennedy is obviously a big name in Massachusetts, but Joe III was already in Congress, agrees with Markey on virtually every issue, and doesn't have a valid reason to run—other than wanting to be in the U.S. Senate.

As a right-winger, I wondered for months how anyone could distinguish the two candidates enough to vote for one over the other. Then, in the past few weeks, I figured it out. Right-wingers like myself better hope that Ed Markey goes to Washington, D.C. one last time.

I don't like Ed Markey on the issues. I think he's illiterate in economics. A modest cut to the bloated military budget and raising taxes on the rich won’t pay for a $52 trillion Medicare-for-All plan, a potentially $93 trillion Green New Deal (which he sponsored in the Senate), and whatever else he wants to increase spending on. He's not for curbing mass immigration, his dogmatic style of governance won’t get anything done and will contribute to declining native birth rates, his environmental plan resulted in GOP mockery of a serious issue, and he's a hardcore social progressive.

He's still better for the Right than Kennedy. If the 39-year-old Kennedy wins, he’ll likely hold that seat for the rest of his life—or until the Left decides they can't have a white guy represent them anymore. He had virtually no life experience before running for the U.S. House of Representatives and despite having a tenure there with no big achievements, he thinks he deserves a promotion. Is that not the type of guy who would run for president one day, if in position to do so?

Meanwhile, if Markey wins reelection, it badly wounds Kennedy’s political career. I doubt it would be over, but Kennedys don’t run for local office, and Joe hasn’t shown much interest in local issues, so he’ll probably never be governor. And the next time there’s a U.S. Senate seat up for grabs, maybe Rep. Ayanna Pressley, Boston Mayor Marty Walsh, and other formidable candidates will run. At least, it could keep him from being POTUS one day—the way former Rep. Beto O’Rourke damaged his political career by not waiting until demographic change took Texas from the GOP like it did in California.

Honestly, there’s not a great outcome in this race. One of the GOP candidates, Shiva Ayyadurai, is an anti-vaxxer who thinks coronavirus is a hoax, and the other is a standard sacrificial lamb—running on a vague platform that’s to my right on economics and war, and avoids social/cultural issues. Neither has a shot at winning.

But if Markey wins one more time, I doubt the 74-year-old will run again. In 2026, maybe the GOP landscape looks better. Maybe there’s a Scott Brown-type ready to run for the GOP or maybe a conservative Democrat who can win a 12-man race by outflanking the opposition to the Right and getting unenrolled votes in the primary. After all, Rep. Stephen Lynch was good on some social issues when first elected in 2001.