The Failure of Classical Liberalism 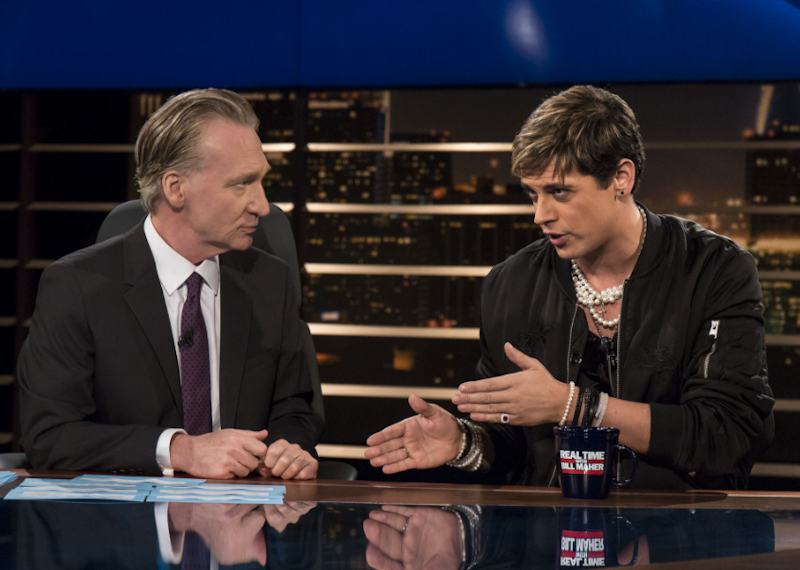 In his 2012 memoir Radical: My Journey out of Islamist Extremism, former Islamist Maajid Nawaz coined the phrase “regressive left” to describe those on the left who silence ex-Muslims and liberal Muslims from criticizing Islamism and terrorism in order not to offend people. A few years later, talk show host Dave Rubin expanded the definition to describe anyone on the left who tries to censor controversial ideas. Ever since The Atlantic warned liberals against the alleged free speech on campus crisis in 2015, many liberals have tried to find a middle ground between the growing alt-right movement and this supposed new crop of regressive leftists. Thus, the modern day classical liberal movement was born.

Although classical liberalism is nothing new—its origins can be traced to Enlightenment-era writers such as John Locke and John Stewart Mill—the classical liberals see themselves as the “true liberals” advocating a colorblind society, a free market, and, most importantly, free speech. Led by people like Rubin, Nawaz, philosophy professor Peter Boghossian, and “equality feminist” Christina Hoff Sommers, classical liberalism bills itself as a return to centrist liberalism free from the ideological dogma that has, according to them, taken over both the right and the left.

However, upon closer inspection, the modern classical liberalism movement doesn’t live up to its promises. In fact, it falls prey to the same blind ideology that plagues the regressive left: while the regressive left is so obsessed with keeping the “not all muslims” narrative alive that it fails to acknowledge harmful Islamic dogma, the classical liberals are so obsessed with free speech that it turns a blind eye to racism, sexism, and anti-LGBTQ bigotry.

For example, in 2015 atheist author Sam Harris interviewed gay British conservative Douglas Murray on his Waking Up podcast to talk about Islamic terrorism. Thirty minutes into the conversation, though, Murray went on a tirade against trans people with this: “This whole thing of the weirdo, sexual obsession, transgender, trans-poly-gender, identify cis, I’ve got a penis but I can still win Glamour Woman of the Year award. Not only do you have to respect me as a woman, if you say I’m not an entire woman despite the fact I’ve got a penis still, you’re a bigot.’”

He then went on to talk about Jack Monroe, a non-binary trans journalist. Not only did Murray laugh about Monroe’s preferred “they/them” pronouns, but also said this is all part of the “breakdown of society.” Meanwhile, Harris just laughed throughout Murray’s barrage and capped it off with, “That’s hilarious.”

Besides giving transphobia a legitimate platform, what bothers me the most about this is Harris knows beliefs have consequences, and that all beliefs should be equally scrutinized. He calls out bullshit religious beliefs, and often criticizes the regressive left for not slamming bullshit Islamic dogma, but for some reason he gave Murray a free pass without even considering the consequences of his beliefs (and given that, according to the National Center for Transgender Equality, “One in five transgender people in the United States has been discriminated when seeking a home, and more than one in ten have been evicted from their homes, because of their gender identity,” I say transphobia is just as bad as Islamism.)

Another example is Rubin, who claims his show is a beacon of free speech by interviewing controversial guests such as conservative Dennis Prager, MRA YouTuber Sargon of Akkad, and Milo Yiannopoulos. Rubin claims he does this because he wants to support a free exchange of ideas, which sounds great on paper, but not in practice. Unlike the popular atheist podcast Dogma Debate—which also features controversial guests and topics—Rubin doesn’t actually challenge his guests’ views. Instead he normalizes right-winged ideology and alt-right bigotry under the guise of “finding common ground with people of different opinions.” Also, if you look at his Twitter feed, it’s obvious that Rubin only wants certain ideas freely exchanged. For example, when MTV News posted a video called “New Year’s Resolutions for White Guys” (which basically said, “White men need to stop perpetuating racism”), Rubin responded, “You absolutely suck, MTV.”

The most recent example of the classical liberal movement’s failure—and perhaps the stake through the movement’s heart—is when Bill Maher invited Yiannopoulos on his show. Many believed that Maher would call out Yiannopoulos’ bullshit, but instead he agreed with Yiannopoulos’ transphobia and even called him “a young, gay, alive Christopher Hitchens.” Only comedian Larry Wilmore was brave enough to say, “You can go fuck yourself” to Yiannopoulos. A few days later when Yiannopoulos’ career went down the toilet, Maher took all the credit, even though a teenage Canadian libertarian girl was the one who brought him down.

I know some readers may think I’m against free speech, but that’s not the case. In fact, I agree with the classical liberal idea that it’s best to make things less socially acceptable rather than legislating them. I believe the best way to fight hate speech and bigotry is with more speech. And while I certainly don’t think Charles Murray’s bullshit should be given a platform, I’m not sure if punching him in the face is the best approach.

So if not the regressive left, the alt-right, or the classical liberals, then what? I’d love to see a new wave of progressive politics influenced by humanist principles. The Humanist Manifesto III defines the humanist lifestyle as being “guided by reason, inspired by compassion, and informed by experience.” It’s a philosophy that aims to serve all humankind—not just the ones with the most privilege—to “uphold the equal enjoyment of human rights and civil liberties in an open, secular society and [to] maintain it is a civic duty to participate in the democratic process and a planetary duty to protect nature’s integrity, diversity, and beauty in a secure, sustainable manner.” Unlike the regressive left, this new wave will not call for violence against those with bullshit ideology, but it also won’t fall into classical liberal trap of upholding white supremacist patriarchal cisheteronormative values as “true liberalism.”

It may not get me a spot on the Rubin Report, but at least it’s a start.