The Truth in Trump's Accusation

Many people think that Trump's claim is absurd on its face. 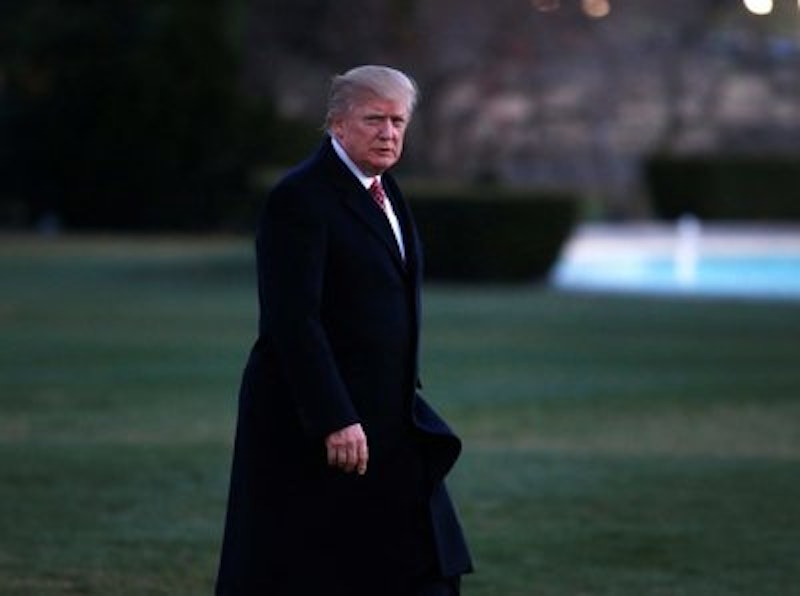 One theory as to why Donald Trump accused Barack Obama of tapping his phones is that he misread something on Breitbart. I have another: that intelligence people, in briefings or more informally, let Trump see that they have his communications. Someone made it obvious they had information from inside the Tower, perhaps something trivial but carrying more dire implications. If so, that might’ve been intentional; a demonstration of the leverage that intelligence people have on Trump. There does appear to be a war between American intelligence agencies and the American president.

That, I think, is the “element of truth” behind the accusation. Many people think that Trump's claim is absurd on its face. Much has been made of the fact that Trump didn't even consult James Comey before he made the accusation, or that James Clapper has denied that there were FISA warrants specifically on Trump or on Trump Tower. First, Trump is accusing those very people of spying on him, I believe; telling him to ask them for information about it is a bit rich. Second: there was probably no warrant on Trump, but now consider warrants for people hovering around Trump Tower, or connected to Trump one way or another, directly or peripherally. All sorts of stuff might have been swept up “collaterally.”

Since 9/11, though it has occasionally been interrupted or embarrassed, as by Edward Snowden, the surveillance state, "total information awareness," has persisted, expanded and adapted. Snowden said that when he was working at the NSA he could’ve had anyone's communications, including Obama's. At a minimum, American intelligence can go back and reconstruct almost anyone's timeline. The sort of cyber-espionage revealed in the WikiLeaks Vault 7 documents have a bit of a hit-or-miss, Keystone Cops quality, but the methods are arrayed over the presumption of more or less total access to communications. One very typical move is that they move from international contacts, with regards to who no warrant is required, into a rich world of domestic comm.

It’s sensible to call this apparatus a “deep state.” One rather fearsome thing about it is that it has leverage over anyone, including any politician—any senator or president—who isn’t squeaky clean. Perhaps Obama was squeaky clean, perhaps not. But Trump definitely is not. A real run-through his sexual history would freeze the blood. The ties to Russia of his campaign, revelations of which are emerging daily in multiple directions, are liable to leave the intelligence community with the ability to administer the death blow: just take him out entirely.

I think he’d better capitulate if he wants to survive, but perhaps those early-morning Tweets were a kind of desperate paroxysm; the Trump administration is getting leaked to death from every direction simultaneously. Perhaps it was a bid to retain some control, or to counter-leak the intel people. It has proven a distraction, at any rate, and I’m saying that surveillance of the Trump campaign does also bear investigating.

That’s compatible with believing that the Justice Department, the FBI, and even the CIA were right to investigate the Trump campaign during the election. The connections are extremely disturbing. Examining the international machinations of Michael Flynn and Paul Manafort had to raise criminal and other concerns, especially in the context of concerted Russian attempts to intervene in or discredit the 2016 election. The Trump operation needed investigating. I still say (as I have since before the election), that this is what will bring him down. If there’s any indication that he was acting as an agent of foreign power, that’s disqualifying.

And yet it's hard not to be disturbed the other way round, as well, as the question looms of who's really in charge: the people who got elected, or the intelligence establishment, the deep state. Former NSA Director Michael Hayden has said on TV that when Obama succeeded George Bush, he replaced almost no one in the intelligence establishment, with the exception of a few political appointees such as himself. Obama came in quietly, and didn't try to interrupt the proceedings. Trump swaggered in as though he was going to start lopping heads. Right now, they’re subjecting him to death by a thousand cuts, but we might get the bombshell any minute.

Trump’s probably wrong to hold Obama personally responsible, and his reactions are often over-personalized; he's often looking for an agent to blame or an individual to vilify. I'm assuming that Obama's role in any of this is deniable at worst. On the other hand, it’s quite possible that he was briefed about elements of this investigation during the campaign. Maybe he nodded, and encouraged everyone to proceed. In other words, what Trump’s saying is not flatly false.