The Basis of Authoritarianism

Why do authoritarians want policies so many other people find extreme? 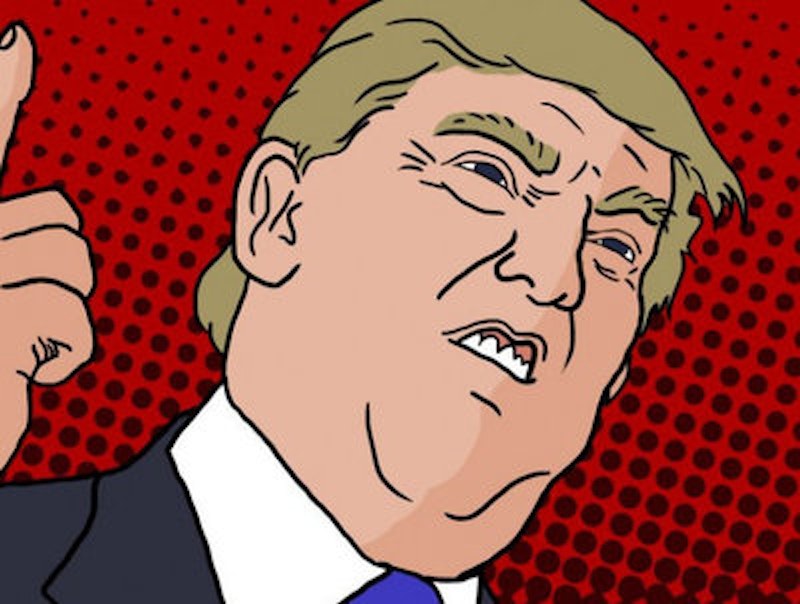 Let’s say for the sake of argument that Vox is on to something. Specifically, when it comes to Donald Trump. On March 1 the site published an article by Amanda Taub taking an in-depth look at research suggesting support for Trump was strongly correlated with a tendency to authoritarianism. The piece must have struck a nerve, since it’s provided grist for think-pieces across the political spectrum. Although the technical academic definition of “authoritarian” Taub used was ignored in many of the columns her story inspired.

Not everyone agreed with the piece. For example, The Washington Post published an article by a different pair of researchers, professors of political science Wendy Rahn and Eric Oliver, arguing that Trump voters are characterized less by authoritarianism than by populism. Trump’s followers are more authoritarian than not, say Rahn and Oliver, but compare them to followers of other Republican and Democratic candidates and you’ll find they’re not as authoritarian as Ted Cruz followers. So, objections to Taub’s article aside, if authoritarianism, in the technical sense, is a factor in the 2016 race, what does that mean? What are we talking about when we talk about authoritarianism?

Matthew MacWilliams, a PhD student at UMass Amherst, was one of the scientists Taub referred to in her article. In a piece a week earlier for Vox, MacWilliams wrote: “When political scientists use the term authoritarianism, we are not talking about dictatorships but about a worldview. People who score high on the authoritarian scale value conformity and order, protect social norms, and are wary of outsiders. And when authoritarians feel threatened, they support aggressive leaders and policies.” Saying Trump voters are authoritarian, then, isn’t saying they aren’t also racist or aren’t also reacting to a collapsed economy or aren’t also any number of other things. It’s an explanation of why some people react a certain way when their friends and neighbours in similar situations don’t. It’s an underlying attitude. But what underlies authoritarianism?

To MacWilliams, it’s fear. In his Vox piece he referred to Trump’s rhetoric as having “activated” authoritarians living in fear of terrorism, and cited two other political scientists, Marc Hetherington and Elizabeth Suhay, whose work suggested some non-authoritarians could act like authoritarians when they felt threatened. When they were in fear. MacWilliams found voters (in South Carolina, at least) were more likely to support Trump the more they feared terrorism, and reflected that a successful terrorist attack would likely increase support for Trump—because it would increase fear in the electorate.

MacWilliams also made another observation, almost in passing: “Regular, weekly church attendance… predicted a statistically significant and substantive opposition to Trump.” He didn’t pursue this point any further, ending his article with a paragraph warning that authoritarian attitudes are becoming more prominent in American politics. But it seems to me he may have stumbled on a solution, if a long-term solution, to the rise of authoritarianism.

And most writers looking at this research are indeed looking for a solution, appalled at the policies authoritarians support. Among those policies, according to Taub: American military intervention against “threatening” countries, national ID cards, new powers for the government to eavesdrop on phone calls, extra security checks on airplane passengers who appear to be Middle Eastern, and amending the Constitution to bar citizenship for the children of illegal immigrants. Restriction of freedoms, racism, discrimination on the basis of religion—passing these ideas into law would radically transform the country in ways most non-authoritarians find repugnant.

(To judge by the op-ed columns I’m seeing, non-authoritarian Republicans are as repelled as anyone else. Of course, they’ve got the extra stress of seeing authoritarians taking control of their party. A 2009 book by Hetherington and Jonathan Weiler had argued that the Republican Party was becoming the home for Americans with authoritarian attitudes; this, they now say, has caused a fissure in the party. It’s an argument that harmonises with Rahn and Oliver’s piece. Neither Democrat has authoritarian followers, while the authoritarians in the Republican party are drawn to two candidates the so-called “Republican establishment” dislikes.)

Why do authoritarians want policies so many other people find extreme? Taub refers to the work of Karen Stenner, who in her 2005 book The Authoritarian Dynamic argued that some people have (in Taub’s words) “latent authoritarian tendencies” which “can be triggered… by the perception of physical threats or by destabilizing social change, leading those individuals to desire policies and leaders that we might more colloquially call authoritarian.” Hetherington disagrees, believing that the perception of threat only leads people who were always authoritarian to express those attitudes more openly. Either way, this is what MacWilliams was saying about some of Trump’s authoritarian followers being “activated” by fear of terrorism.

That means they act politically like authoritarians, and, as Taub describes it: “authoritarians prioritize social order and hierarchies, which bring a sense of control to a chaotic world. Challenges to that order—diversity, influx of outsiders, breakdown of the old order—are experienced as personally threatening because they risk upending the status quo order they equate with basic security.” Suhay’s research suggests that non-authoritarians need to fear an immediate physical threat before they start acting like authoritarians, not just social change; but the point is, once the world gets scary enough, everybody can become an authoritarian. And, one way or another, the science suggests a deep connection between fear and authoritarianism.

Most of the articles I’ve seen inspired by Taub’s Vox piece have used her work or MacWilliams’ work to stigmatize Trump as the embodiment of a problem in American political discourse. This misses the point. Just saying that Trump is bad because he appeals to authoritarians doesn’t actually diminish his appeal. If you want to eliminate the influence of authoritarians, you have to eliminate what drives them. You have to eliminate their fear. If nothing else, fear is a problem because it’s fundamentally irrational, and Trump’s playing on that to run an irrational campaign. Look at Trump’s promise of a wall all along the Mexican border. Don’t think of it as a realistic policy proposal; after all, there’s nothing realistic about it. Think of it as a neurotic fantasy, a comforting dream-image. The wall keeps the scary outside world at bay. It’s a soothing symbol, defensive and aggressive at the same time. The appeal of Trump does not lie in what he can or will do. It’s in his ability to make grand promises. His ability to reassure people he can be just as tough and mean as the outside world, only in their service. His ability to provoke authoritarians’ fears—and then present himself as the salvation from that fear.

That’s Trump’s game. Raise fears. Then calm them. The question is: if authoritarians are afraid, is there a healthier way to remove fear than what Trump’s offering? I suspect so. I think this is where MacWilliams’ finding that church attendance correlated with opposition to Trump comes into play. I don’t mean that I think turning to God will take away authoritarians’ fear. Maybe it would, maybe it wouldn’t, but either way I think something else is going on. MacWilliams wasn’t talking about belief in God. He was talking about regular church attendance. Which means being part of a congregation. Part of a community.

The research on fear and authoritarianism suggests that authoritarians fear social change. Fear the transformation of the society they think they know. And they fear other societies, other people from other places; they fear their government can’t keep them safe. That’s Trump’s constituency. And he’s built on that by hammering on how dangerous the world is, using fear to draw in people—perhaps, if MacWilliams’ research on regular churchgoing is to be believed, people who have no community to reassure them that the world isn’t, after all, really that scary.

Trump offers them the community they’re missing. A hierarchy, with himself at the top. He’s offering them the myth of a golden age, the irrational belief in a time when things were better; when America was great, when it was a community his voters understood. That community never really existed. It’s an archetype, another dream-image he’s promising to make real: to rebuild the past in the future, a new community for everybody who follows him and does what he says. Fear isn’t rational.

Look again at what the research says about authoritarians. About the desire for hierarchy, for control, for security. There’s a sense in which that’s what you get from a sense of community—an understanding of how the world works. Perhaps a hierarchy, but certainly a sense of being a part of something larger than oneself. Security among people one can trust. If we’re seeing a rise in American authoritarianism, that may just mean we’re seeing a passing-away of a certain sense of American community.

That’s not necessarily a bad thing; it might simply mean that America’s sense of itself is changing to become more reflective of reality. But whether it’s good or bad, it’s inspiring fear and therefore authoritarianism, creating an opening for Trump to talk up his own ideas about what the American community should be like—walled-in, violent, and paranoid. Is there a better way to calm the fear of the people he’s talking to? Yes, certainly. Enunciate a better idea of community. Get people to buy into it, establish that there’s a place for everyone, and the fear driving authoritarianism might subside.

Two problems, even if all this is right. First, the authoritarians in fear might be afraid of any kind of equitable community—do they want a fairer world, or just one that works for them personally? And how do you get them to accept the difference? Second, more importantly, this is a long-term strategy. Building a community on the scale of an entire country, especially a large country, takes time. I don’t see how it’s possible to do that by the time of the general election, never mind the Republican convention.

But you can make a start. You can act to calm people down. You can reject Trump’s implied argument that the world is something to fear. Assuming Trump or Cruz get the Republican nomination, assuming they keep mobilizing a following of authoritarians, the best move for the Democratic candidate might simply be to tell everybody to relax.