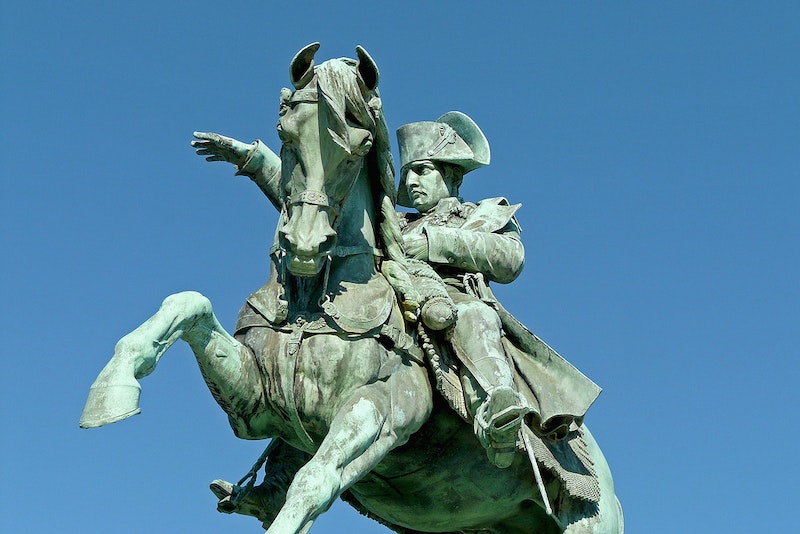 For all the complaints we rightly have about the past few centuries, I think modernity has done a halfway decent job of curbing some ancient, violent, horrible parts of human nature. One mistake our stupid impulses are always tugging us toward is mixing up goodness with “greatness,” with the latter understood in the blundering, amoral sense that makes every accomplished warlord, prolific rapist, strongman, gangsta, and winner in any contest by any means “great.”

Michael Malice understands how easily these two ideas blur together in the minds of the ignorant masses, especially when they are propagandized at. He addressed the topic with a dash of dark humor in his disturbing volume Dear Reader: The Unauthorized Autobiography of Kim Jong Il, and he may well deploy similar skills in two months when his tome Black Man, White House: An Oral History of the Obama Years, co-authored with D.L. Hughley, comes out. The clever formula in the former volume was simply to take North Korean propaganda at its word, thereby creating a surreal portrait of Kim as a godlike superhuman. Faith-fueled masses make perfect little fascists.

Then, the next thing you know, it’s 2016 and a University of Virginia student is getting sentenced to fifteen years hard labor for trying to steal a Kim Jong Il-invoking banner while traveling in North Korea.

Hero-worship, then, is a particularly dangerous phenomenon. It can provide the oppressed with a liberator and a positive example—or, applied to a conventional political leader, can become the chief means of the oppressed’s enslavement. I get the impression that dichotomy will be played with in this week’s Batman v Superman, as it was in the Dark Knight Returns comics and other works by Frank Miller, which clearly influenced the film. It is not a coincidence that the director, Zack Snyder, has also adapted Miller’s comic 300, ostensibly a depiction of historical Greek heroes yet so akin to Russian propaganda posters that an expat Russian woman I saw it with declared it her favorite film of all time.

Troubling, but I admit my own reaction was to think Snyder would be well-suited to a romantic, larger-than-life Rand adaptation. And now Snyder says he’s tempted to adapt Ayn Rand’s The Fountainhead—another work that, like Rand herself, could sort of go either way: libertarian-uplifting or Nietzschean-scary. Rand ended up a useful part of the libertarian coalition, but her most diehard fans tend to gloss over the weirdness of her early, more overtly Nietzschean writings, which were less tempered by concern about adhering to property rights and morality.

Snyder may find himself directing a fellow Rand fan even before then, though, since hot bisexual atheist Rand-reader Amber Heard is slated to play Aquaman’s amphibious bride Mera in future Justice League movies. I bet she wouldn’t say no to the chance to play Dominique in Fountainhead, either. Like other Rand works, it’s got kinky sex, for starters.

Given that even actual libertarians are generally too stupid or easily bored to stay focused on pure economic theory, the more debate about Rand in the broader culture, the better. So, I’m also hoping a reported Atlas Shrugged miniseries that replaces the industrialist characters with tech moguls comes to fruition. That would not only help us all forget about the recent low-budget theatrical films based on the novel (I mean the six or so of us who saw them) but give the new adaptation a Zuckerberg/Bezos/Snowden-era relevance that works for me, at least. I’m amazed it works for the notoriously rigid Rand estate, which is pretty much based on the assumption that her works are perfect as-is, but I’ll keep my fingers crossed they let this variation happen.

The crucial thing, though—easily forgotten amidst spandex-clad, toga-wearing, or skyscraper-erecting heroics—is that I, like many a quiet, decent soul out there, am not as concerned about the “great men” winning (history is filled with Hegelian “heroes” like Napoleon we would’ve been better off without) as with the good guys winning. Remember that old-fashioned, humble plan? Let’s never forget it. I fear sometimes there’s a short walk from 300, much as I enjoyed it, to restoring Mayan mass human sacrifice.