The 2020 Election’s in a Holding Pattern 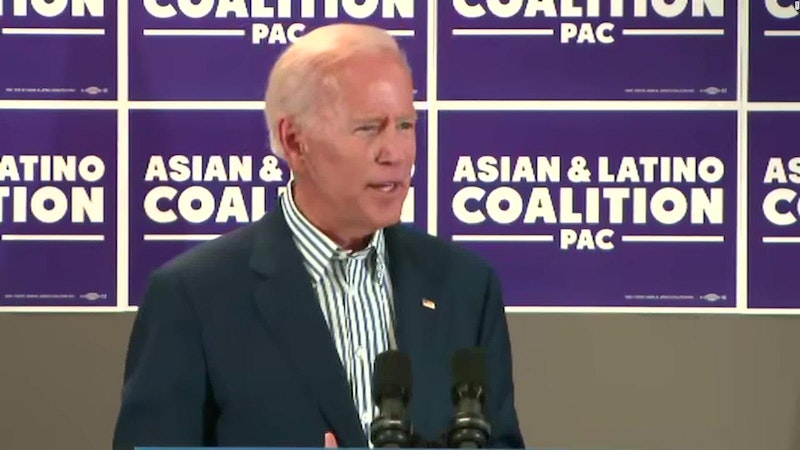 I’m catching my breath from the non-stop news stories—some legitimate, most not—about the coronavirus and the recession, which some gleefully assert, began last week. Why anyone would root for a 2008-like economic implosion is beyond me: even those who have little or nothing invested in the markets, are memories so short that the peanut gallery (almost exclusively Democrats) has wiped out the reality of high unemployment that hit everyone in the country, except for a percentage of high-rollers (like Warren Buffett, who cannily invested in companies seemingly minutes after the bottom fell out) who adapted, licked their monetary wounds and resumed business as usual. Typical was a person on Twitter who gleefully said, “That’s okay with me, since I don’t even know what a 401k is!” They shoot unemployed workers, don’t they?

It’s almost certain that if the virus isn’t controlled and a less-than-shallow recession occurs, Donald Trump will lose to Joe Biden (assuming he’s the nominee) no matter how bonkers the Democratic standard-bearer is. Trump’s been impervious to any number of gaffes, bad decisions, scandals and noxious behavior that would’ve prevented anyone else from being elected president, and continuing in office, but even a master entertainer/showman like Trump can’t joke away unemployment and a sharp wave of bankruptcies and mortgage defaults.

Biden was in top form at a Detroit rally on Tuesday when he told a union worker that he was “full of shit” after the man had the temerity to ask a question about his gun control stance. Today, swearing is always a winning strategy; as I’ve written before, had Jeb Bush punched Trump in the nose after the latter insulted his family in the early 2016 debates, we might have a different president today.

By the way, I’m certain it’s not just me who doesn’t remember hearing a jot about Biden’s stutter until a couple of months ago. My colleague at Splice Today, Chris Beck, who’s supported Sanders, was surprisingly generous to Biden about the stutter, saying that long days and the pressure of campaigning exacerbates his condition. (In subsequent tweets, Beck has returned to Biden’s-lost-his-marbles observations.) He added that Trump may not be in complete control of his mental faculties, but I don’t buy that. Uncouth? Gross? No possession of a classical education? All true, but even if Trump receives injections from today’s Doctor Robert, the man is far more coherent than Biden. As my son Nicky noted in a recent article about CPAC, Trump gave a two-hour speech and didn’t miss a beat, and cracked jokes left and right.

In the wake of Sanders’ devastating primary night on Tuesday—and, as I write on Wednesday afternoon, is there any doubt that the DNC will contrive to cancel the Sunday debate between Biden and Sanders?—I’ll offer just a smidgen of armchair analysis about the weird set of circumstances that led to Biden’s anointment. I’m mystified why the Sanders campaign, flush from a huge Nevada victory, didn’t play it safe and make a lot more appearances in South Carolina. Sanders didn’t even kiss Rep. Jim Clyburn’s ring and ask for consideration of an endorsement. Biden had the 79-year-old House Whip’s nod sewn up, but had Sanders competed more ferociously in that state, and kept Biden’s margin to 10 or 15 points instead of 29, it’s likely Buttigieg and Klobuchar wouldn’t have dropped out. They stay in, and Sanders doesn’t lose so badly on Super Tuesday. Using Newsweek clichés from the 1990s, it was “the perfect storm” for Biden, “the mother of all political miracles.”

I don’t often read The Washington Post, but last Sunday Margaret Sullivan (formerly The New York Times’ “Public Editor,” a position that’s been eliminated in this era of reporters filing stories every two hours) wrote a very smart article that didn’t address the current political climate—the “horse race” that reporters claim to hate but in fact relish—but rather Election Day itself on Nov. 3rd. She begins: “If Election Day 2020 turns into a full-blown disaster, no one can say there weren’t plenty of warning signs.” She correctly cites the Iowa caucus embarrassment, the impossibly long primary voting lines in California (which still hasn’t figured out the delegate division between Sanders and Biden) and Texas, and gingerly blames political reporters for not looking beyond the next news cycle and concentrating on a possible electoral crisis.

She continues: “’You’re more likely to be disenfranchised by incompetence’ [Richard Hasen, author of Election Meltdown], argued, ‘than voter suppression. The Iowa caucuses are a case in point; with those results still murky, it amounted to a failed election.’ No one should want that in November. A scenario in which President Trump is defeated at the polls but refuses to give up the Oval Office because he charges the election was rigged? It doesn’t exactly strain credulity.”

Sullivan might’ve added that either Biden or Sanders could also contest the election in such a situation, leaving the country in limbo. It’s not of the same magnitude, with Trump already in office, but say Biden calls foul on the results of several states: control of the Senate could be in play, and as a result, the government would be paralyzed. That’s a positive, in my book (wouldn’t it be great if the U.S. Congress followed the tradition, of say, Maryland, which has a 90-day session every year, and then legislators go back to lobbying, real estate jobs, taking bribes, you know, the norm), and probably for a bulk of the American population, but the Permanent Government/Deep State would be in conniptions.