The Democrats’ Bungee Jump and After 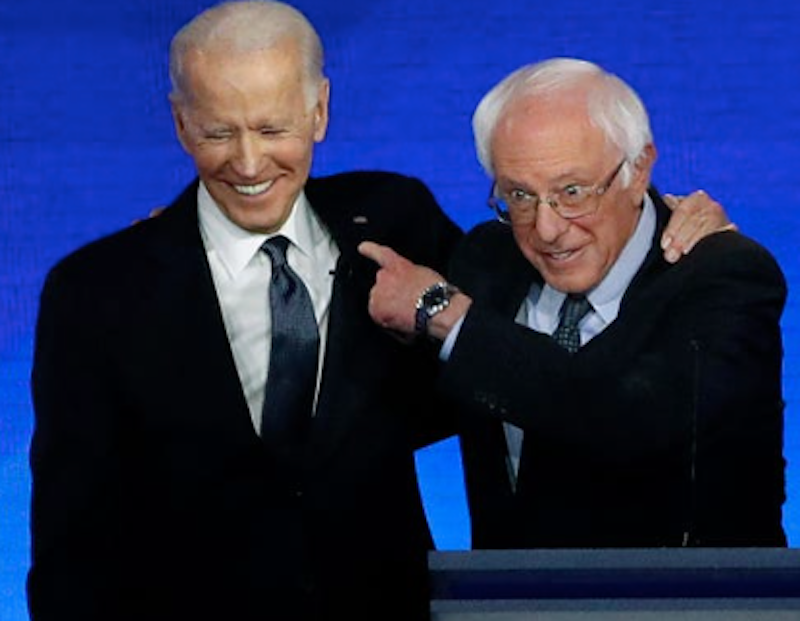 —Can the Sanders campaign regroup? Doesn’t matter. The question isn’t “Arizona, does it vote for Bernie Sanders?” It’s “Joe Biden, does he fall over? Does he walk into traffic? Does his heart give out?” If, for the next four months, the answer remains no, then Joe Biden’s the next Democratic nominee for president.

—Has Bernie Sanders created a path toward an American social democracy? Not this year. The voters are desperate to get rid of Trump. They don’t want any nonsense to get in the way; and in America, a socialist candidate is nonsense. What we’ve seen since Iowa is the Democrats doing a bungee jump. They found socialism hurtling toward their face, and then they flew through the air and landed at the feet of the Great Joe. It was an exciting, undignified interlude brought on by too many candidates and a not-great campaign calendar (the two lead-off contests are in states that have more white voters who like Bernie than black voters who like anything).

—Have we come to grips with the “Bernie Revolution”? Bernie Sanders said he’d increase turnout; looks like he did in Virginia, and it was all for Biden. The party base has chosen stability, not socialism. But, because we’re a snake-bit nation, this stability’s in the form of an ancient man with unordered synapses. (Always rambunctious, Biden’s synapses have aged into a state of wildlife.) Of course, the Republican nominee’s the same way. Possibly Democratic voters have fallen prey to a misguided sense of sport.

To sum up: It would be nice if one of the major parties’ nominees was guaranteed non-senile. But America’s not having that kind of year.

—Did Bloomberg lose because Warren deballed him or because a shrimpy billionaire who came in late ought to lose? Maybe he lost because he wasn’t Obama’s vice president and it all comes down to the average voter’s limited mental space. People reached for the name that said standard Democrat. Obama was president, Biden was his vice president. To fill the slot of standard Democrat, Biden has the name that’s first up.

—Is there an ex-Republican pundit who can’t believe how great we are? William Kristol had some tough advice for Bloomberg and Biden a while back. After Super Tuesday comes, he said, “The one of you who is behind in delegates withdraws and supports the other.” Kristol posted the advice in the dark days between New Hampshire and South Carolina. The GOP’s former Machiavelli posted his thoughts on how party leaders could steer voters away from the left. Instead the voters, all on their own, stampeded. They shot away from the left like hell. Not only that, they picked one man and put their money on him. Bloomberg and Biden didn’t have to man up and shoot straws. By Super Tuesday the voters had done the necessary. They did all the coulda-shoulda-wouldas that non-Trump conservatives failed to do in 2016.

We did the same for John Kerry in 2004. In the past 30 years he’s the only Democrat to get fewer votes for president than the Republican.

—How can Democrats rally voters to a new future? But at least we aren’t the crazy party. We think over circumstances and take our shot, putting our way through this shattered no-man’s-land of crazy events. The approach has limitations. But we never nominated someone who then invaded the Middle East to make it more sociologically neat-o. We didn’t nominate Trump either.