The One Good Billionaire

J.B. Pritzker has been a surprising governor. 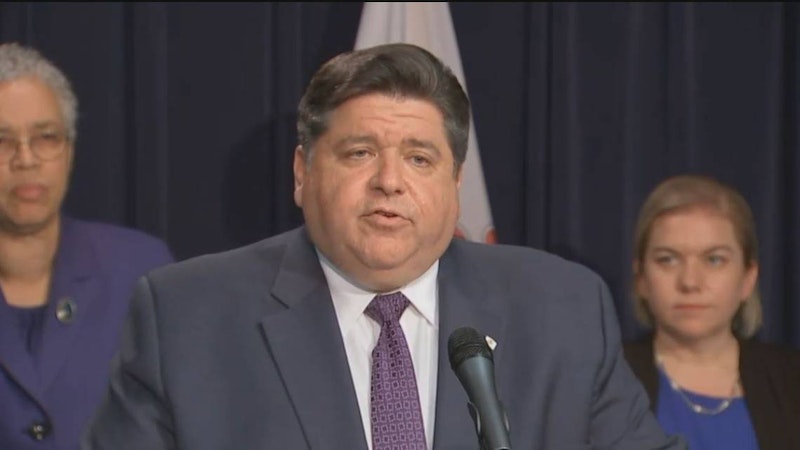 When J.B. Pritzker won the 2018 Illinois Democratic gubernatorial primary, I was wearily resigned. Pritzker, a billionaire scion of the family that owns the Hyatt hotel chain, was embraced by Democratic strategists and bigwigs as the guy to challenge billionaire asshole Republican Gov. Bruce Rauner. After four years of mismanagement, anyone could’ve defeated Rauner, including Daniel Biss, the smart, left-wing state senator who I voted for. But the Democratic establishment was scared and cautious, and decided the only way to fight money was with money. Pritzker got the nod, won the election, and we prepared to be governed by yet another member of the 1%.

But Pritzker, with a strong majority in the legislature, has enacted a string of solid-to-inspirational progressive measures. He's managed to pass a budget, which Rauner never could—but that was pretty much the minimum expectation. He also passed a $15 minimum wage to go into effect by 2025. He signed a bill requiring more transparency from lobbyists, and put in place an ethics commission to recommend further reforms—desperately needed in Illinois' notoriously corrupt state government. He's working on changing the state's income tax from a flat rate to a progressive Fair Tax; it'll be on the ballot as a referendum in November.

Perhaps most impressively, Pritzker pushed through a bill for marijuana legalization. As a primary candidate, his commitment to cannabis legalization was weaker than some of his rivals, and I didn't have much hope that he'd follow through. But he did—and the final bill included provisions for minority priority in dispensary ownership and expunging cannabis criminal records. At the end of 2019, he pardoned 11,000 people for low-level cannabis convictions, and is expected to pardon thousands more.

Pritzker’s been impressive in the current coronavirus crisis. He's moved quickly to prevent large public gatherings, and close schools. He's taken steps to help those in economic distress. He's extended unemployment benefits for people pushed out of work by the impact of the virus, and he's also pushing utilities to agree not to shut off gas or electricity during the emergency. He's advocated for paid sick leave.

As a progressive, I don’t think Pritzker is perfect. I'd like him to release everyone held in Illinois jails before the virus devastates that population, as just one example. Will I now put greater faith in the Democratic establishment and centrist candidates? Probably not. Pritzker’s unusual; he hadn't held office before, so it was hard to know exactly how he’d govern. He's a far cry from Joe Biden, a lifetime politician, who’s fought against school desegregation, supported the Iraq war, and plagiarized speeches from a British Labour leader. Biden's also been consistently opposed to cannabis legalization. If Pritzker were running against Biden for president, I’d vote for him.

Pritzker hasn't convinced me that billionaires are worthy. The fact that hugely wealthy heirs are seen as especially competent remains unjust, and that billionaires even exist while most people struggle shows how badly our economy is out of whack. Mostly you don't expect billionaires to understand that. Michael Bloomberg and Donald Trump radiate contempt for the less fortunate. Pritzker, though, has so far used his office to make Illinois more equitable and just. After years of the worst possible government, the state got lucky.