The Hunt for Excuses to Flip Out 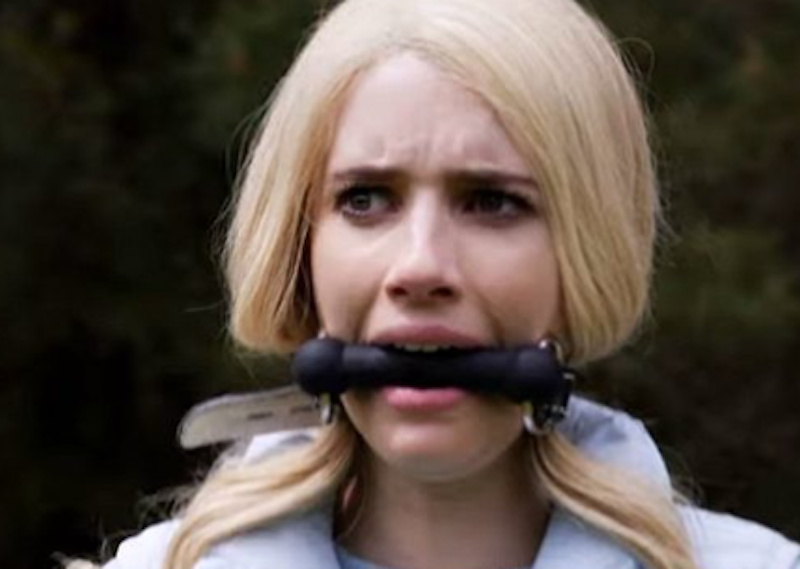 The Hunt is one of the most conservative films ever made, accurately capturing the almost genocidal levels of hate and sociopathic power-lust among the left-liberal elite who still rule this culture, from its massive regulatory code to its corporate, academic, and social media ersatz-etiquette rules. Yet Donald Trump condemned the film last year, prior to its release, since the word on the street was that it featured conservatives hunted and killed, as indeed it does.

Just as the left needs to be reminded that not every film or book depicting slavery is pro-slavery, so too do the hyper-sensitive people on the right need to be reminded that murderous villains are usually meant to be the people with whom we do not sympathize. Don’t get me wrong—there are countless in-between cases, and The Hunt is not so terribly unlike the 1990s film Last Supper, in which liberals also murder conservatives they deem unworthy but seem witty doing so.

But there’s little question that our sympathies in The Hunt are supposed to be with the victims—including one who really fights back—and that there’s little wish fulfillment to be found in watching the annoying liberal murderers plot their crimes while bickering over whether their plans are ethnically “problematic” or inappropriately “gendered.”

And this isn’t just some low-budget redneck zombie movie, either, since it’s slick, funny, well-acted, and co-scripted by Damon Lindelof, who, among other things, gave us the left-leaning recent Watchmen sequel miniseries on HBO, a thoughtful time-traveling survey of white racist violence in the U.S. with a black female as its main hero. I’m not quite ready to argue that you need to go back and watch Prometheus more sympathetically or forgive him for all the dangling plotlines on Lost, but Lindelof is hardly just some right-wing podcaster turned amateur filmmaker. This is a good movie, especially given its rather humble exploitation-thriller aims.

The film captures the progression, like a psychotic break, between the liberal detachment from reality and the violent urge to remake reality to conform to one’s delusions (the liberals also misperceive several little things about the world along the way here, to their strategic detriment). In the real world, where pompous critics are probably already penning denunciations of the film and insisting it doesn’t speak to our times, California is preparing to tackle the problem of youth crime in quintessential liberal fashion: by renaming it. California penal codes are replacing the problematic and judgmental phrase “at-risk youth” with the more upbeat and hopeful phrase “at-promise youth.”

Ta-da! Problem solved! Another win for contemporary liberalism! (Is it any wonder left and right alike despise the clueless liberal center?) The Hunt is a rare, welcome example of parodying the liberal tendency to obsess over labels instead of coping with the underlying reality.

And there’s so much other unexploited fodder for future non-leftist films in our world, since Hollywood for the most part has no interest in exploring that material. If some screenwriter reading these words wants to replace a standard corporate executive villain with a more governmental one, for instance, he need look no farther than the news this month of a NASA exec turned murderer—arrested for shooting his Virginia neighbor in a long-running dispute over dog feces disposal. Do murderous NASA staffers not fit the usual liberal hooray-for-science narratives? Maybe it’s time to follow a muse instead of a list of Democratic Party agenda items. Remember art?

But if I really want to use capitalism against the left, I should just urge liberal writers to think competitively. Remember, writers, if you don’t start describing reality and escaping the liberal bubble, someone else will—possibly making millions in the process, you slow-poke dunce communist loser. Likewise, I look forward to hearing who will bravely pick up the contract for that Woody Allen memoir that got squelched at the last minute by Ronan Farrow and cowardly p.c. Hachette staffers, who apparently suddenly remembered, after months of work on the book, that unproven allegations of molestation existed against Allen—and one should, apparently, never, never publish writing by people who might be bad.

The same publishing types probably love known molester Roman Polanski, though, if only because American law enforcement has been after him, which makes him a hero in exile, I guess. But then, just the other day, Gabriel Snyder, the Columbia Journalism Review’s editor of coverage about the New York Times, and a veteran of New Republic and The Atlantic, tweeted that there are no important principles at stake in the debates over Allen’s book or Polanski’s exile, or for that matter in debates over social media bans, so I guess we can safely go back to sleep and leave it to all our social superiors to sort out. Snyder says we’re in the clear. No need for raised voices, earnest debate, or hearing from all sides. (Unless of course CJR suddenly decides to host a campus panel discussion about any of it, I imagine, in which case it’s all brow-furrowingly important again.)

But while we sleep complacently, the people calling the shots might be growing more and more arrogant, more and more sociopathic, from going so long unopposed. Like a king who’s never questioned, the modern liberal comes to think he rules by divine right. It shocks him, then, when something like The Hunt comes along, and it should thus come along more often.

Meanwhile, luckily, there are certain routes toward criticizing the liberal elite that are already somewhat acceptable to the liberals themselves. Cautious, artful filmmakers might want to start exploiting those routes more often. Note how the feminist interest in troubling questions raised by sex robots, for instance, makes it possible to make films and shows that allude to sex trafficking and various forms of depravity without just thumping a Bible or showing a lot of car chases.

An honest accounting of sleaze and abuse of power in our society will nowadays have to cough up the occasional Weinstein analogue instead of just an endless parade of George W. Bush clones, much as the Bushes deserve to be mocked. Corey Feldman, in his oddly teasing and exploitative yet perhaps useful way, also released a film this month—a pay-per-view documentary about Hollywood child molesters that he and the late Corey Haim purportedly encountered when they were still kids. If there are also powerful people out there secretly murdering their enemies in the culture war, it’d be nice if some whistleblowers came forward about that as well, including hordes of semi-professional documentarians. The more you know, etc.

We are increasingly able to see the controlling mindsets of our arrogant rulers, in any case, able to spot their pathologies from afar, even if we’re still not sure just what they’re really up to. For now, we mainly have speculation and fiction about some possible horrors—but I’d suggest you not let your guard down around anyone who tries to convince you fiction such as The Hunt captures nothing about reality. And some will surely try. Stay alert. But please be on guard against the real threats, not against helpful depictions of possible threats.

If Trump makes any more attempts to squelch movies about the elite hunting humans, the conspiracy theorists may yet turn on him and start wondering not just what goes on in Hollywood or the estates of Vermont liberals but what exactly goes on at Mar-a-lago. Every faction has its secrets, for now.