The First Woman President Isn’t Going to Be White 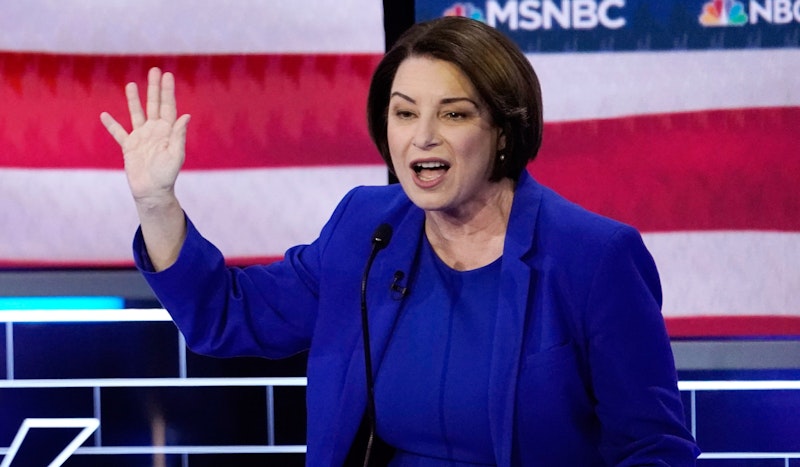 I made this prediction more than a year ago, when Kamala Harris was still a presidential candidate. “So you think it’ll be Harris and not Warren?” I was asked. Shrewdly, I answered that I didn’t know. True enough, since I didn’t expect her collapse. But my prediction wasn’t pinned to Harris. It was pinned to this pair of simple beliefs: The president of America is the most important person in the world, and men will have a great deal of trouble making a woman the most important person in the world.

Most of the population, male or female, feels burned when it considers the opposite sex. Further, most of the population’s white. A non-white female candidate isn’t guaranteed to do better, since Warren made it to the primaries and Harris didn’t. But the odds still don’t break a white lady’s way. Warren, Klobuchar, Gabbard and Gillibrand all lined up and then finished nowhere. Harris is the one who got on the ticket. This wasn’t a question of multiple candidates splitting the vote; as noted, Harris never got near any votes. Instead political professionals looked her over and decided her profile went best with public preferences.

Othering and “Go, team” were on her side. For white men, a woman president who isn’t white won’t feel entirely real; this will reduce the sting involved. For men who belong to the woman’s race, so much will be at stake identity-wise that her being female won’t seem so momentous. Othering for white men, “Go team” for some chunk of the non-whites—we need these if the pill’s going to be swallowed, and pill it is because difference can be hell, and the differences that lie closest to us, that jab us in the deepest places, are the ones that pop up when we’re trying to make another person central to our life.

Most of the people who try this operation are hetero, so differences between men and women have branded themselves on the tender underside of many, many individual minds. Or perhaps I should say alleged differences, since the male-female contrast may be just a mask we lay over the troubles that come with a life tied to a non-you, to somebody who insists on being a person other than yourself. I hope social scientists have been looking into the gay and hetero versions of the companionate life so everyone can compare results. In the meantime, Kamala Harris has a good chance of becoming president.

Pence’s blunder.  I wrote up my big prediction about women and race because a smaller prediction crapped out on me and one does want to feel intelligent somehow. The failed prediction: I thought Pence would do some harm by grabbing a remark from Harris and going boo-hoo about her callousness or immaturity or whatever. Pence is a gifted political performer with a particular knack for playing more-in-sorrow-than-in-anger, whereas Harris occasionally came off a bit rinky-dink when she ran first time out (“This is going to sound immodest, but obviously I'm a top-tier candidate,” she said before waving off some charges from Tulsi Gabbard, a person “at zero or one percent or whatever she might be at”). Hence a tweet of mine: “Harris will make some remark about White House lack of preparedness re covid and the results thereof, and Pence will run w/ that like a motherfuck.”

No. Instead the sap’s big play was to try razzing Harris by interrupting her. Pence did this more smoothly than old man Trump had managed during that brute’s attempt at blitzing Joe Biden into wilting and breaking on air. But it was the same move, and an odd one to try against a person who’s far from 77, lacks a stutter, and enjoys a reputation for verbal sparring. “I’m speaking,” Harris said a number of times, always with a smile. The moments gave Democrats a golden clip to play for women, and they distracted from the bumps Harris encountered when she was trying not to discuss what, if anything, her party might do to the structure of the Supreme Court.

Pence, like a dummy, set all this up for her. I always thought he was Mr. Smooth (with Trump being Mr. Avalanche), but not this time. Perhaps he was under orders; doing the same brutal thing twice when it’s failed once is a very Trump kind of proceeding. Either way somebody figured a woman would crack and they figured wrong.