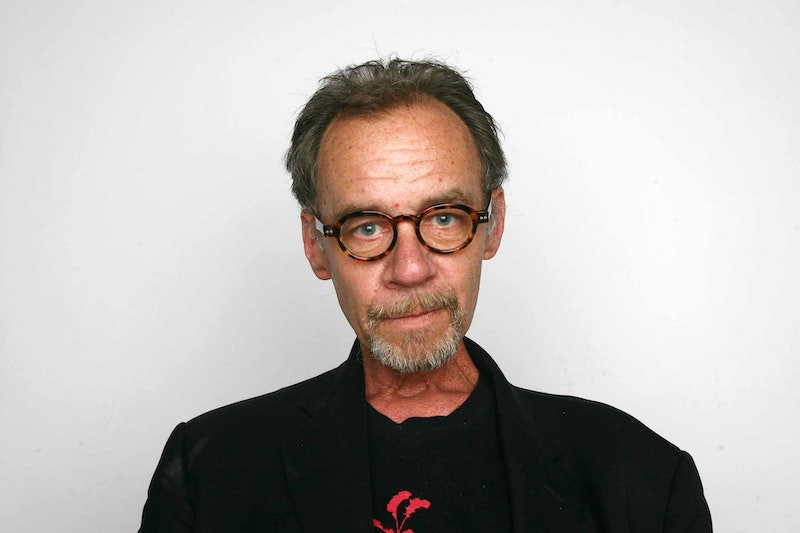 Since 2016, The New York Times has offered a journalist a David Carr Fellowship, named for the noted Times columnist who died in 2015. According to the Times’ website: “The fellowship is an opportunity for a journalist still fairly early in his or her career to build upon David’s commitment to holding power accountable and telling engaging, deeply reported stories. Candidates should have at least three years of experience and be eager to experiment with creative ways of storytelling through video, text, social media and other means.”

Carr was also a drunk and drug addict who verbally abused and violently beat women. In light of today’s consciousness about sexual abuse, including the new revelations about Today Show host Matt Lauer, the Times should abolish the David Carr Fellowship.

Carr explored his wretched behavior in his 2008 memoir The Night of the Gun. Interviewed in 2008 by Howard Kurtz, Carr revealed his rage. Raised in Minneapolis, Carr “was fired from a series of jobs in Minneapolis as his life became consumed by coke snorting and dealing (not to mention dropping acid) while he checked in and out of rehab centers and kept getting arrested. His personal life was nothing to brag about, and he doesn't: ‘My duplicity around women was towering and chronic. I conned and manipulated myself into their beds and then treated them as human jewelry, something to be worn for effect.’” While an editor at the Twin Cities Reader, Carr told a colleague she had “a nice rack.”

There’s more. Carr beat up a girlfriend, Anna, breaking one of her ribs and throwing her off a dock. He also beat his other girlfriend, Doolie, who called the police after he slapped her in the face. Carr: “I tortured her, mentally, verbally and, eventually, physically.” When warned that detailing such repulsive behavior could damage his career, Carr said, "I just thought if I tried to sandpaper some corners, the whole thing would fall apart.’” In The Night of the Gun, Carr says he and Anna were smoking crack the day she gave birth to their premature twins.

In his 2008 New York Times review of The Night of the Gun, Bruce Handy, a writer for Vanity Fair, was shocked by Carr’s violence toward women—and by Carr’s unwillingness to truly examine where his rage came from.

Addicts still have psyches, though, and Carr seems either unwilling or uninterested in exploring his and others’—and this to me is the book’s Achilles’ heel. Of his first, nonsober marriage, he writes, “No one can really explain why I married her, including me.” Of a subsequent and sometimes violent relationship, he notes, “part of the reason I was so frantic, so brutal, was that I was obsessed with her.” That’s almost a tautology. And what’s with hitting women? Carr presents this as another aspect of his coke-fueled mania, but plenty of crackheads don’t smack their wives and girlfriends. Where does Carr’s anger come from?

I experienced Carr’s rage once. It was in 1998, when he was the editor of Washington City Paper and I was a freelancer. I made a remark about an editor whose opinion I didn’t agree with, and it got back to Carr, who called me at home and exploded in a psychotic rage for 10 minutes. The husband of another freelancer I knew had to personally come to the offices of the paper to deal with Carr when during an editorial disagreement Carr had insulted his wife with demeaning comments.

The current recipient of the David Carr Fellowship is Amanda Hess, a City Paper alumni and conscientious liberal who covers sexual politics, media, and feminism. On November 10, Hess published an essay in the Times which condemns how “the myth of the artistic genius excuses the abuse of women.” “Can we now do away with the idea of ‘separating the art from the artist?’” Hess asked.

Whenever a creative type (usually a man) is accused of mistreating people (usually women), a call arises to prevent those pesky biographical details from sneaking into our assessments of the artist’s work. But the Hollywood players accused of sexual harassment or worse—Harvey Weinstein, James Toback, Kevin Spacey and Louis C.K., to name a few from the ever-expanding list—have never seemed too interested in separating their art from their misdeeds. We’re learning more every day about how the entertainment industry has been shaped by their abuses of power. It’s time to consider how their art has been, too.

Journalism has always been a profession that draws hard-charging people, many of whom have intense personalities—Hemingway, Hunter S. Thomson, Norman Mailer, Lester Bangs. But there’s a difference between giving a job to someone with a dark shadow and elevating that person to iconic status and naming a fellowship after them.

Amanda Hess is right. The David Carr Fellowship should be abolished.