The Pedophile and The Federalist 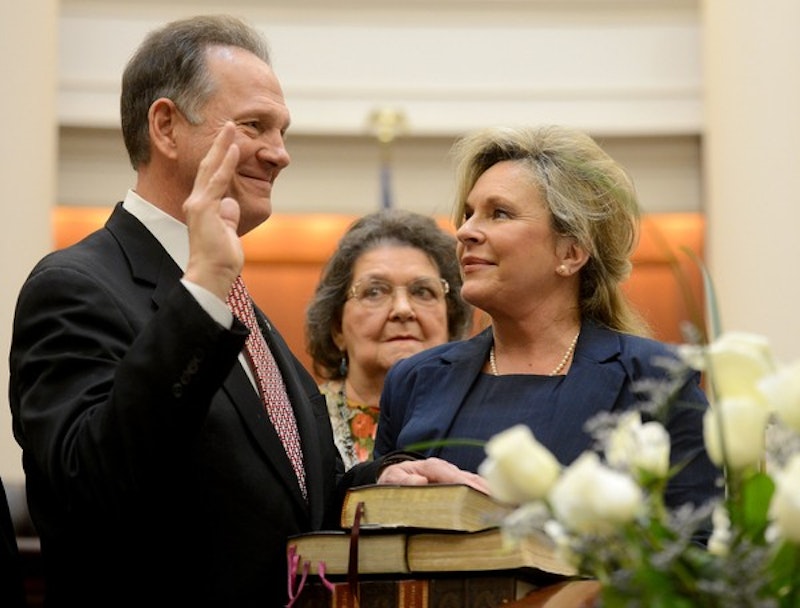 Unlike their liberal counterparts, conservative websites and media organizations favor opinion over reporting. This fact plays a central role in the recent uproar over The Federalist website running an editorial in defense of Roy Moore.

On November 30, The Federalist, a conservative site with a lot of first-rate writers, ran a piece by Baptist philosophy professor Tully Borland. Borland defended his decision to support Moore in Alabama’s special election to replace former Sen. Jeff Sessions.

Although Moore’s been accused of dating and even molesting teenaged girls when he was in his 30s, Borland, while conceding that “Moore had a penchant for dating teenagers,” wrote that the “practice has a long history and is not without some merit if one wants to raise a large family.” He went on: “To have a large family, the wife must start having kids when she is young. The husband needs to be well-established and able to support the family, in which case he will typically need to marry when older. The sweeping argument against voting for Moore (or Trump) rests on the mistaken view that in voting one is expressing one’s faith or moral convictions in their totality—identifying oneself with everything about a candidate. But a vote is not an expression of agreement with everything about a candidate or a candidate’s views.”

After a lot of outrage, Federalist editor Ben Domenech struck back: “I don’t personally agree with the viewpoints or the rationalizations offered by the author of the piece,” he wrote. “That’s a thing that happens nearly every day when we run articles at The Federalist. We have published a variety of views about Moore’s controversial candidacy and the accusations swirling around him, many of them condemning him as unacceptable as a candidate and someone who should not be seated if elected… I want to make one thing very clear: We make absolutely no apologies for publishing it.”

Yet the problem isn’t that The Federalist ran Borland’s piece, but that it wasn’t carefully or thoroughly reported. Domenech should’ve sent Tully back for a rewrite.

It’s necessary to back up articles, whether opinion or news, with research and facts. It’s especially necessary when dealing with explosive cultural issues. This is one of the reasons conservatives get so exasperated with liberals, who produce acres of op-eds about abortion without directly addressing the science of fetal development and the revolution that has happened with the advent of the ultrasound. The left simply ignores the facts.

Borland’s essay is the conservative version of a fact-free liberal abortion piece. Like this awful sentence: “Times have changed. But, like it or not, four decades ago Moore dated teenagers (even his wife is 14 years younger than he).” Borland then quotes a philosophy professor talking about his grandmother being 15 and grandfather 41 when they got married.

This is sloppy writing, shameful in its lack of research. Times have changed, Borland tells us. How so? How do Southerners feel about that change? How do Southern women feel about it? Have there been books or social science published on the topic? What were the findings? Do historical accounts reflect what women of Borland’s grandmother’s generation felt? What are the statistics on all of this?

It doesn’t have to be a data dump, but an editorial on this topic shouldn’t be an inch deep. I’ve long argued that conservatives need to evolve past the school-to-pundit pipeline that puts anyone with any level of experience front and center as long as they write something that ticks off the left (where will Tomi Lahren be in 10 years?).

As a conservative, I’m glad the Internet has given my side the opportunity to mock, correct, and challenge the left. But unlike the right, liberals win Pulitzers, break stories, and produce ironclad journalism. Had The New Yorker tackled the topic of sex and courtship in Alabama, you can be sure the vetting, research, and fact-checking would’ve been rigorous. More often than not, liberals in the mainstream media do their homework. Domenech should’ve sent Borland back to do his.