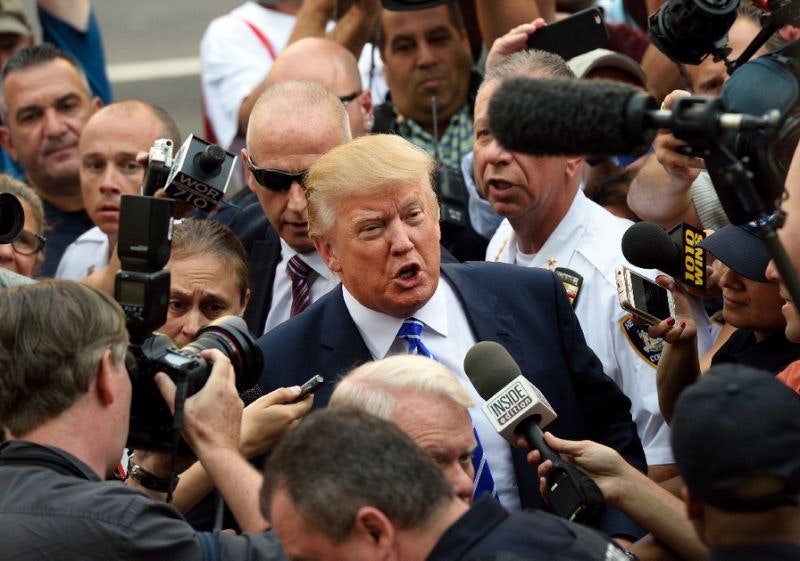 President Trump is absolutely right. There should be an annual trophy for the most extreme example of fake news. As the President recently tweeted, “We should have a contest as to which of the Networks, plus CNN and not including Fox, is the most dishonest, corrupt and/or distorted in its political coverage of your favorite President (me). They are all bad. Winner to receive the FAKE NEWS TROPHY!”

My only adjustment is that the award not be centered on who slammed Trump, but just the worst example of fake or agenda-driven news, whether it involves the President or not. Jayson Blair’s fiction writing for The New York Times comes to mind. Or the Rolling Stone fake rape expose. Or Brian Williams. Or the bogus Washington Post piece on Russian hackers getting access to America’s electricity grid.

We can call the award the Monkeyfisher. In 2001 a man named Jay Forman wrote a piece for the liberal website Slate called “Monkeyfishing.” It described a trip Forman said he took to Florida's Lois Key with a “monkeyfisherman.” The monkeyfisherman, wrote Foreman, casts a fruit-baited fish line onto the island where research monkeys were kept. A monkey perched takes the bait, and is then pulled into the water.

“Monkeyfishing” was almost instantly revealed to be total bullshit, although it took Slate several years, and an investigation by some journalism students at Columbia University, for them to admit as much. The editor of “Monkeyfishing,” Jack Shafer, went on to become the media critic for Politico.

The Monkeyfisher of the Year can be a handsome bronze trophy featuring a monkey fishing from a rowboat. The Monkeyfisher represents not just a stupid mistake, but arrogance and obduracy that refuses to admit it’s wrong (does anyone know where Rolling Stone reporter Sabrina Erdely is?). The name of the Monkeyfisher insures that it comes with a sense of humor.

Even better, the Monkeyfisher of the Year can be folded into what is the already existing and best media disgrace awards—the annual DisHonors Awards given by the Media Research Center. (Full disclosure: I worked for the MRC and do some contract writing for them.)

The MRC was founded in 1987, and for three decades president Brent Bozell and crew have exposed liberal bias in the media. In 2017 there was the “30th Anniversary Gala featuring the 2017 DisHonors Awards: Roasting the Most Outrageously Biased Liberal Reporting.” The DisHonors featured categories such as the Dan Rather Award for the Stupidest Analysis, the Kathy Griffin Celebrity Dumbass Award, and the Trumpocalypse Award, which was given to “Every Single Person We Don’t Like in the Liberal Media.” The DisHonors Awards category winners were determined by the audience.

If the Monkeyfisher is too bizarre sounding, you could also call the award the Wemple, after Washington Post media critic Erik Wemple. As I’ve pointed out before, while an editor at Washington City Paper, Wemple changed copy and made stuff up (the editors there called it destroying “the freak of the week.”). I discovered this in 1998 when I had lunch with Cathy Alter, who’s now a successful author who has appeared on The Today Show. At the time Alter was freelancing and had just written a story for City Paper. Alter told me that Wemple had changed one of her stories in order to make the subject look bad. Alter was furious and told Wemple he was publishing fiction. According to Alter, Wemple replied that like the subject of the article he “was fat as a kid and got teased.” The subject, he said would “get over it.”

Wemple failed upwards, and is now lecturing Present Trump from an office at The Washington Post.

I give you the Monkeyfisher. The prize comes with a copy of the film Shattered Glass.