Jordan Peterson: Hero to the Alt-Right or Anti-PC Truth-Teller? 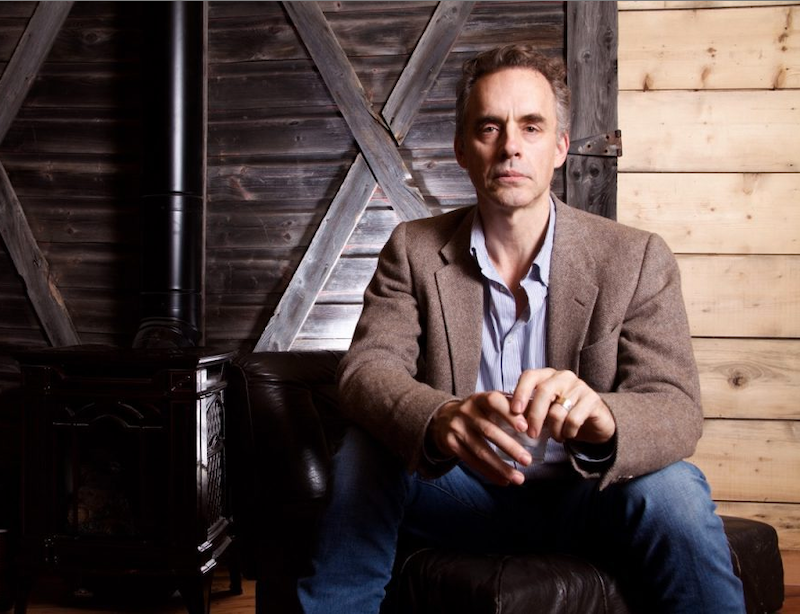 Conor Friedersdorf, writing for The Atlantic on Jan. 22, said he'd never heard of University of Toronto professor Jordan Peterson until just a few days previously. The high-profile staff writer is in some sort of bubble, as the clinical psychologist’s been the fastest-rising public intellectual for some time. Friedersdorf’s piece was an indictment of British journalist Cathy Newman’s recent televised interview with the professor, detailing her many unprofessional mischaracterizations of his own words, but he made sure to add the caveat that this wasn't to be taken as a defense of Peterson, who's a real hot potato.

The 54-year-old professor's a controversial conservative akin to Sam Harris in that he seems to inspire equal portions of love and loathing on either side of the political fence. To the many young and adoring men he reaches on YouTube (660k followers) he's lately become a straight-talking lifestyle guru who delivers fire-and-brimstone about bucking up and being responsible, while the Left categorizes him with the likes of conservative Ben Shapiro, whose right-wing power is such that the University of Connecticut just offered its students counseling to deal with any trauma from his recent campus appearance.

Peterson, a sworn enemy of political correctness and a free speech absolutist, created his first major stir in 2016 when he announced that he wouldn't use the gender-neutral pronouns (ze, vis, hir, etc.) that trans people might request. He said he'd go on a hunger strike before letting other people put words in his mouth. The professor despises Marxists (“no better than Nazis”) and sees a link between language policing and their “murderous ideology.” Forcing made-up words on people, he believes, is authoritarian and acceptance of them could create a snowball effect. One of Peterson's particular bêtes noires is “postmodern neo-Marxism,” by which he means there's a coordinated left-wing academic effort to—as standard Marxism has little chance of success—go after Western Civilization by eroding its cultural values.

Last year he cancelled a plan to erect a website designed to help students and parents identify postmodern content in courses so that they could avoid them after professors complained that such a list could make them targets of harassment.

The Left would like to reduce Peterson to the status of alt-right hero, as they’ve been attempting to do with Harvard professor Steven Pinker. The alt-right is attracted to Peterson’s anti-PC rhetoric and disavowal of white privilege, which has brought allegations that he has an affinity for their extremist, racist views, which he denies. They especially like it when he retweets a Daily Caller article with this opening line: “Yet again an American city is being torn apart by black rioters.” Peterson's regularly discussed on Stormfront and other neo-Nazi websites, where he’s admired for the capacity to act as "flypaper" for liberals, but they can't embrace him as he's not an anti-Semite or sufficiently radical. The professor's appearances on YouTube interviews with alt-right figures, which he says he does not to exclude anyone, brings added heat, as does his asking why no women spoke up about Harvey Weinstein for so many years.

It's true that Peterson’s more concerned with what he calls the “social justice warriors” than right-wing fanatics but, as he points out, it's not the alt-right that's shutting down conservative speech on college campuses and trying to police language. Progressives overwhelmingly dominate the humanities. There aren’t even any conservatives in this domain, let alone alt-right-wingers.

Peterson’s success—he raises $50,000 a month through crowdfunding—has rattled progressives. Tabatha Southey, in a snide hit-piece for the Canadian magazine Maclean's, referred to him as “Jordie—and not the cool 'Geordi' from Star Trek either,” “Mistress Peterson,” and “Jordan Eggman.” Southey wrote her piece in the breezily dismissive, Jezebel-style manner that some journalists affect to invite readers to feel intellectually superior to someone. The headline of Southey's article was, “Is Jordan Peterson the stupid man’s smart man?” In an actual debate, he'd almost certainly shred her.

Peterson’s an example of the dual personality that the Left and Right create for polarizing figures out of politically-charged rhetoric in their respective echo chambers. To his young, male followers who feel oppressed by feminism and some of the excesses of contemporary leftism, Peterson’s a messianic father figure. To the Left, he's the embodiment of patriarchal privilege—a transphobic, closeted identitarian ethnonationalist. It’s often said that the Left won the culture war and the Right won the economic war, but to Peterson's young acolytes there have been no victories. He makes progressives uncomfortable, but he's their own creation. Jordan Peterson represents all of the closeted conservative academics who self-censor for fear the mob will descend upon them.