The Left’s Smearing of Steven Pinker

Public intellectuals have to be very careful about what they say. 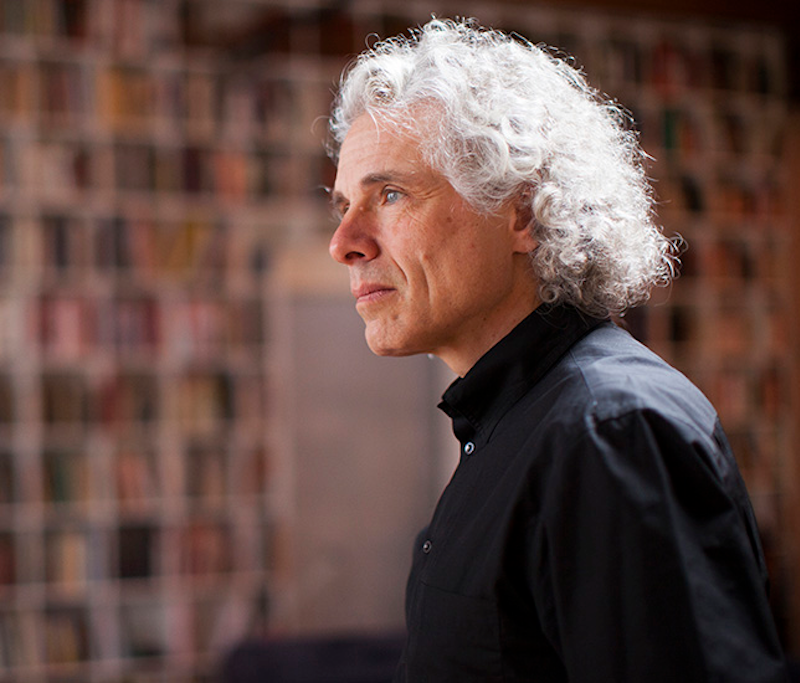 Harvard psychology professor Steven Pinker believes that men and women often have different interests and priorities, that violent crime rates vary among ethnic groups, and that the majority of suicide-terror acts worldwide are committed by Muslim extremists. While there's ample evidence to support all of these claims, Pinker takes serious flak from the Regressive Left for stating them, as it offends their sensibilities. The punishment is being called a racist, sexist, Islamophobe, etc., a bullying tactic used as a silencing mechanism.

There have long been insinuations that Pinker, who’s Jewish and a liberal of the classical variety, is an alt-right sympathizer. Now that an edited video of a panel discussion he participated in at Harvard has gone viral, in which he refers to the “often highly literate, highly intelligent people who gravitate to the alt-right,” the usual suspects are coming at him. Pinker’s sparked just the latest social media outrage, based on only shards of evidence, we're now accustomed to seeing from progressives. P.Z. Myers, New Atheist blogger and biology professor at University of Minnesota, posted a screed on his blog entitled, “If you ever doubted that Steven Pinker’s sympathies lie with the alt-right.” This would be unlikely, as the alt-right is fond of Holocaust jokes and Adolf Hitler. Plus, Pinker's a big donor to the Democratic Party. Myers once scurrilously accused the late Christopher Hitchens of advocating the “wholesale execution of the population of the Moslem world.”

Pinker’s quite likely overestimating alt-right brainpower, and feeding them soundbites they can then proudly post on the Daily Stormer may not be the best of ideas. Still, he's often treated unfairly by his many detractors, who parse his every utterance for a possible offense against right-thinking. He, like Sam Harris and other freethinkers, faces the daunting task of being ever-vigilant about saying anything that can be extracted from the larger context and used against him. The headhunters are just waiting for their chance to have a go at him. What really irks his innumerable critics is that he breaks an Authoritarian Left taboo with his willingness to cite statistics about certain protected demographic groups. Perhaps he feels that’s his job as a university professor.

For example, Pinker will state that the rate of violent crime is higher among black people than other races. He does not do this to imply blacks are more inherently violent than whites, due simply to their skin color, but rather to start a discussion of what societal and cultural issues are behind the phenomenon, and what can be done to change it. Progress isn't possible without an objective analysis of the relevant data, painful as it may be.

Pinker’s challenged by having to contend with the likes of CNN contributor Sally Kohn, who once wrote, “Whether we realize it or not, most men hate women.” Kohn, the type who insists that all demographic groups do good and bad things in the exact same proportion, once wrote in a CNN op-ed that “white men account for 69 percent of those arrested for violent crimes." In fact, the 69 percent pertains to all white people, not just men, and it's all crimes, not just violent crimes. As most of the media’s now in the business of confirming biases, activists like Kohn are able to masquerade as journalists.

If you present people like Sally Kohn the U.S. Department of Justice stats that show that blacks commit nearly eight times more homicides than whites, they call you a racist, which is what happens to Steven Pinker, even though he offers a non-racist, academic explanation for the numbers. It's a societal problem, not a racial one. Much of the criticism aimed at the professor is done in bad faith by highly-politicized individuals, while some is the result of ignorance born of zealotry.

The unedited version of Pinker’s remarks at Harvard reveals that he feels that opposition to racism and sexism is a political and moral commitment, regardless any observed differences between the groups. He also opined that the bulk of terrorism in the U.S. is committed by right-wing, not Islamist, groups, a dubious claim often heard from progressives that the alt-right point vigorously disputes. That ideological group would also refute his claim that Islam has never had an Inquisition, as Christianity has. Islam has been executing apostates for centuries now, and renouncing your faith as a Muslim can still get you killed in many nations. That's its own kind of Inquisition.

Pinker’s trying to point out the downside to suppressing or distorting facts in the way Sally Kohn and many others on the Left do. It increases the chances that people, when exposed to certain data for the first time, are going to reach incorrect conclusions about various groups because they haven't been allowed to hear well-reasoned interpretations of the facts. The result is an intellectual black market in which opinions get skewed towards extremism. The mistake the Left makes in basing its claim of moral parity for everyone on the contention that all groups are equal in every way is that such a premise is subject to invalidation by hard evidence.

A good portion of the liberal/progressive movement is actively working towards creating an atmosphere where public intellectuals, and just regular people, shy away from addressing uncomfortable issues. Social media, where negativity thrives, aids them in helping to create the impression that people who oppose the alt-right, like Pinker, are actually alt-right apologists. Lies travel much faster than the truth on the Internet. The Left has been successful at creating an environment where self-censorship is commonplace. People are now afraid to speak their minds out of fear that the mob will come after them. Self-censorship is even more insidious than the government-mandated variety because it's not tangible, making it harder to fight. Smearing people like Steven Pinker will, as so often happens on the Left, produce exactly the opposite of what's intended.