Toward a Theory of Finance Socialism

Public control over investment is a long-term goal to be attained incrementally. 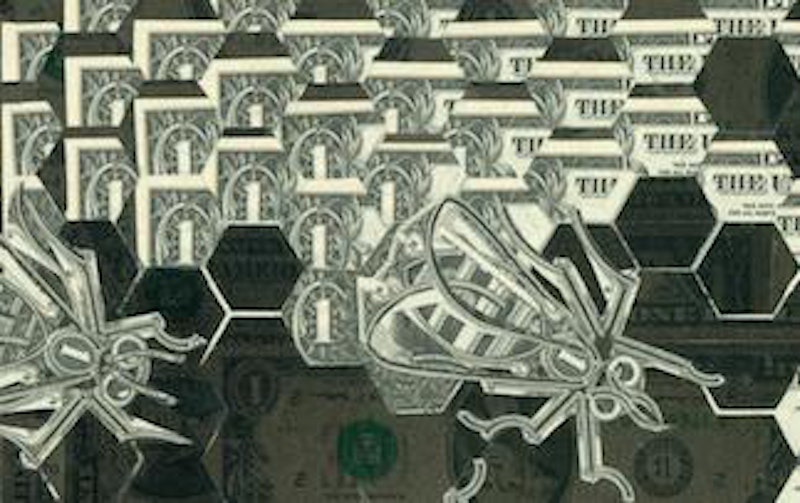 This article is the third of a three-part series on the relationship between finance and socialism. Click here for part one, “How Should Socialists Understand Finance?” and click here for part two, “Value, Credit, and Crisis.”

Last week, I considered the ambivalent role of credit in capitalist relations of production. Market competition necessitates credit, and then more credit. But excessive credit proliferation undermines the integrity of system-wide values, making the economy more and more fictitious. This leads to intensifying precarity, negative externalities, and eventually crisis, such as the meltdown in 2008.

But so far, we haven’t escaped our typical leftist habit. We’ve scratched our chins criticizing everything, but haven’t presented any alternatives. Now we’re in a position to consider how these lessons can inform a contemporary, functioning socialism.

First, we should reckon with what the financial sector does well for many people. One of the most enigmatic aspects of critiquing finance from a left perspective is the extent to which the working class is itself reliant on the investment activity of enormous, sophisticated financial institutions. Those at the lower rungs of the economic ladder, without access to capital or substantial liquid savings, depend desperately on insurance companies, pension funds, and mortgage lenders. At least when it’s functioning as it should, the financial sector provides a measure of security that’s collective and social in nature by pooling assets and risks. Socialist proposals must achieve at least that level of wellbeing.

So, we face a difficulty when it comes to calling for revolution. What happens to my 401(k) in the upheaval? a worker might ask. How about my grandmother’s pension? David Harvey notes, “Workers then have a strong stake in the preservation of the very system that exploits them because the destruction of that system entails the destruction of their savings.” With this in mind, the left should think twice before abolishing capital markets and financial products in their vision of revolution. Instead, our task is to consider what finance might do for the left. At minimum, this means conceiving of a finance socialism not content to end windfalls to the few, but to go further and redirect value into the hands of the many.

It was always Marx’s claim that the dialectical tension generated by class conflict and internal contradictions would, in a Hegelian movement, give way to a new system. But crucially, this means that socialism does not entail starting from scratch. Marx claimed: “No social order ever perishes before all the productive forces for which there is room in it have developed; and new, higher relations of production never appear before the material conditions of their existence have matured in the womb of the old society itself.” And so, “the productive forces developing in the womb of bourgeois society create the material conditions for the solution of [class] antagonism.” In other words, Marx encourages us to consider the systems we now have—including modern finance— not as vestigial organs, but as emerging evolutionary traits.

Consider corporations, those boogiemen of left-populist rhetoric. Several times in Capital volume 3, Marx notoriously cites joint-stock companies (i.e. what we now call the corporate form) as an emerging instrument of socialism. What he found fascinating about corporations was that they occurred naturally in capitalism, as its mature form of business organization, but at the same time corporations undermined the notion of private industry itself. For Marx, the corporation “represents the abolition of capitalist private industry on the basis of the capitalist system itself and destroys private industry as it expands.” Businesses were no longer owned directly by managers; instead, ownership devolved to faceless, passive shareholders. We now speak of “public” companies. And so, we can see what Marx means when he says that “the credit system [and]… capitalist stock companies, as much as the co-operative factories, should be considered as transitional forms from the capitalist mode of production to the associated one.”

Statements like this are commonly brushed aside as an especially poor example of Marx’s predictive capabilities. But we should re-think such dismissal. The point is not to claim that corporations, as they exist under capitalism, are good, just, or democratic. But instead, in light of Marx’s insistence on the dialectical flowering of new stages in economic history, it’s about considering how the corporation might be a component of contemporary socialism.

Reconsider the fundamentals of the corporate form: first, it’s a property relation that separates ownership from management; second, it creates a fictional unity that exists independently of any one individual; and third, it negotiates conflicts of interest according to the fiduciary duties of care, loyalty, and good faith. Viewed from this angle, the corporate form can look less like obstacle to socialism, and instead like one of its bridges.

For instance, economist J.W. Mason argues that “the development of finance reveals the progressive displacement of market coordination by planning.” As discussed in part two of this series, finance provides breathing room where market competition would otherwise impose asphyxiation. This opens up a space for investment planning. Mason notes that the relevant question is not whether to engage in planning, because it’s already happening via the financial system, but whether financial planning will be subject to public control. The importance of shifting investment from a private activity to a public one can’t be overstated. As Adam Przeworski argues in Capitalism and Social Democracy, “Control over investment is the central political issue under capitalism precisely because no other privately made decisions have such profound public impact.”

Public control over investment is a long-term goal to be attained incrementally. In the short term, we’d still need markets to perform economic calculation. In this connection, there’s talk now on the Left now about index funds. These are complex investment products (a type of mutual fund) that are diversified across enormous swaths of publicly traded industry. Some have argued, in a dialectical fashion, that index funds represent simultaneously “a perfection of financial capitalism” and a “quasi-communist” form of public ownership. They’re quasi-communist because they represent a system of such widespread, mass ownership that the very idea of private ownership begins to deteriorate. At a certain level of diffusion, one wonders whether the majority of productive assets are privately owned anymore, and if not, this dissolves a major cornerstone of capitalist logic.

More specifically, the technical success of index funds undermines a basic capitalist assumption that private ownership is necessary for competition, efficiency, and innovation. Index funds suggest that once we reach a certain level of diffusion, it doesn’t matter who owns the companies or to whom the profits flow. Efficiency and competition remain intact. Thus, at the People’s Policy Project, Matt Bruenig argues that index funds are a “proof of concept” for market socialism, because they show that the benefits of market mechanisms can be organized to operate independently of who owns and who profits from corporate activity. If Bruenig is right, this idea can be taken even further.

In his 1994 book A Future for Socialism, Yale economist John Roemer proposed a system of market socialism based on stock trading and debt financing. Essentially, Roemer tweaks corporate structure and uses a stock market to achieve full public ownership of capital, while preserving markets and competition. Under Roemer’s system, each adult would be given an equal endowment of government-issued coupons, which can be used to buy only one thing: corporate stock. Corporate stock can’t be purchased using anything but these coupons. Nobody can invest cash in the stock market, no matter how rich they are. Coupons are inalienable, so you’re born with them, you can’t sell them, and when you die, they return to the treasury.

Since there’s no buying or selling of stock coupons, firms need to be funded a different way. Financing instead comes from a network of public banks run by publicly-elected financial professionals. They pool consumer savings, lend to firms, and perform rigorous oversight to ensure that the loans are structured properly and repaid to the benefit of savers. Like current stock markets, trends in coupon investment will yield price formation in corporate shares, a proxy for what a firm is worth. Public bankers will then use this information to approximate the prospects of each firm and allocate new financing.

The result is to create a closed system of equity interests in the profits of national industry, and one that is distributed evenly throughout society. By cleaving financing from equity, Roemer repurposes corporate finance from an instrument of capital concentration to social mechanism that rationally coordinates competition and just distribution.

Roemer’s system also incorporates Mason’s point about the connection between finance and economic planning. If a sophisticated credit system can act as the central nervous system for capitalism, it can do an even better job coordinating socialism. In capitalism the credit system is a fiasco; disorganized, predatory, and usurious. But this needn’t be the case, particularly if we take seriously the Marxian critique of credit offered by Harvey. For instance, the public bankers in Roemer’s model would be in a position to plan and synchronize aggregate credit levels with projected growth, so that fictitious values remain meaningfully linked with material production and future labor values. This would create a workable environment for implementing systems to regulate the issuance of credit, so that it performs its coordinating function without creating crisis tendencies.

Roemer’s system is one example of what I’d call finance socialism. In the non-theoretical world, we can look to the social wealth funds of Norway and Alaska as a place to start immediately. These ideas aren’t utopian. They’re plainly achievable. Once achieved, they wouldn’t magically solve all our problems. But we have here precisely the sort of idea that Marx had in mind when he suggested that the corporate form was a springboard to socialism. Roemer’s system borrows heavily from the principles of our current system, with just one enormous difference: the obscene overconcentration of capital in the hands of so few, which is the principal etiology of our economic madness, is broken, and the widespread ailment of being born with nothing is cured.

Roemer designed his proposal in the early 1990s, in the immediate aftermath of the Soviet Union’s demise. That was a time when the impossibility of socialism was treated as a historical fact. Today, the left’s condition is a bit more hopeful, but we still face a paradox.

On the one hand, the current period reflects energetic interest in socialism, and there’s an urgent need for the promise it holds. At the same time, as the memory of actually existing socialism fades, we’re faced with a far-right onslaught of hatred and recklessness, alongside a committed campaign of centrist cowardice. Never has the dream’s realization felt so remote. The task of the left today is not to despair in the face of this contradiction, but to unveil its dialectical, generative potential.

In the past, the democratic left has had difficulty reconciling its hopes with its ability to implement them. As Przeworski puts it: “The fact, frequently admitted by social democratic politicians, was that they did not know how to proceed to the realization of their program… [there] turned out to be technical problems for which social democrats were unprepared. Hence they formed study commissions and waited.”

Investigating the hidden socialist potential in credit systems and stock markets might not sound palatable. But when the time comes, it’ll be what gives the Left a real program to implement. Because when the left does retake power—and I believe that one day it will—we won’t have time to surf Investopedia or form study groups. It will instead be a time for action.

—Special thanks to Ajay Singh Chaudhary and the Brooklyn Institute for Social Research, whose teaching formed some of the basis for this article series.