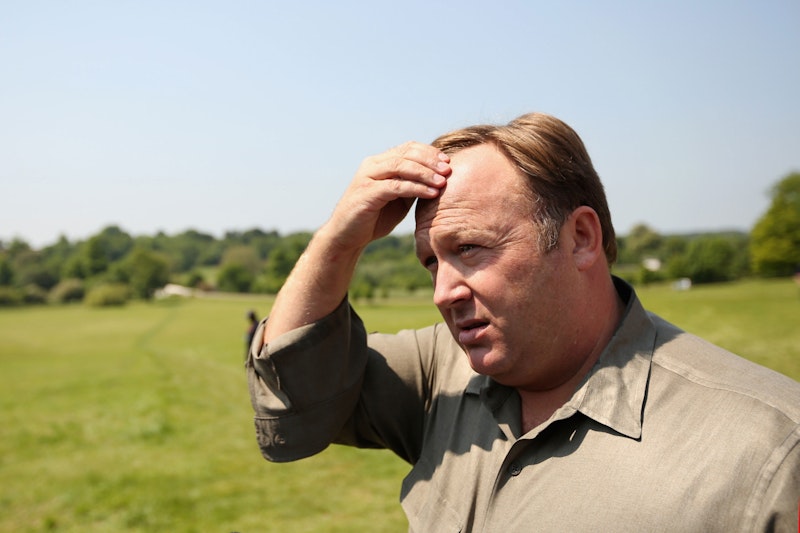 Today is the first day of the big troop-training exercise called Jade Helm in the Southwest. It will almost certainly come and go without incident like countless other police and military training exercises that, for good or ill, happen all the time in this country, useful prep for combating foreign foes or domestic insurrection alike. Yet a small subset of my fellow libertarians devote a great deal of their mental energy to worrying about conspiracy theories surrounding such exercises.

Conspiracy theories have a life of their own that defy ideological categories, of course. Conspiracy theories even have a knack for unthinkingly breaking down barriers between religions and, in an effort to be wide-ranging and ecumenical, being casually heretical. (I’m not religious, but I find it interesting the ease with which people who purportedly are slip into odd, novel theology, such as thinking that angels routinely take the form of helpful Walmart cashiers or that Jesus lived in South America for a while.)

I stumbled across a conspiracy theory site the other day that was both ecumenical and unusually optimistic, claiming: “A great war has been going on between the Lord and the Satanists. Many underground bases have been destroyed and great numbers of Greys, Reptiles, Annunaki, and NWO Satanists have also been destroyed. The secret space program has been also been destroyed.” Hey, great news! I’m not sure who was doing the destroying, but it sounds like they’re on our side. Bummer we couldn’t have salvaged that secret space program, though.

One problem, from a purely strategic libertarian perspective, with the conspiracy-theory mindset is that paranoid people don’t tend to stay paranoid solely about the government.

Extremely popular libertarian conspiracy theorist Alex Jones is a case in point. I applaud his wariness about government and even think the world could use more people who saw, as he does, the friendly ties that often exist between power brokers in government, corporate boardrooms, non-profits, academia, mass media, and the arts, all sometimes subtly pushing the same message at the same time, usually to justify some massive new government endeavor. But he’s just about as paranoid about GMOs, industrial agriculture, gay atheists, and testosterone-reducing chemicals as he is about government.

Worse, though, are the fellow travelers for whom libertarian principles actually end up taking a back seat to conspiracy fears.

Former Minnesota governor Jesse Ventura, for example, seems like a well-meaning guy—and he’s popular. I once saw him speak on the same platform as my fellow libertarians Gary Johnson, Kennedy, and Judge Andrew Napolitano at NYU, and the vast crowd, disproportionately made up of young males, went wild for Ventura. (I was reminded of the time I went to hear Chuck Palahniuk speak and was taken aback by how young and male his Project Mayhem-ready fans skewed.)

But as my online pal and Counterpunch contributor Camilo Gomez informs me, Ventura is now supporting socialist Bernie Sanders for president. Anything to stick a thumb in the eye of the establishment, I guess.

Still, we may need the paranoid. Much of the scorn directed at Texans fearful of Jade Helm must seem out of place to, say, the aging hippies of California who have survived military-style raids of their villages by helicopter-borne, machine-gun-toting anti-marijuana troops. There is a reason so many California hippies and postmodernist novelists sound a bit more anarchist than their East Coast establishment brethren. They aren’t just paranoid because of the pot.

I will strive to remain skeptical about government without succumbing to pure paranoia, though if I were smoking something, I might well stare protractedly at that transparent shoe in the center of the weird Jade Helm logo, wondering what exactly its connection is to the mission slogan “Mastering the Human Domain.”

It’s government, man. It really can’t be anything good.

—Todd Seavey can be found on Twitter, Blogger, and Facebook, daily on Splice, and soon on bookshelves with the volume Libertarianism for Beginners. He’ll be onstage Sat., July 18, 7 p.m. at the PIT in Manhattan in the “Electoral Dysfunction” political comedy show.